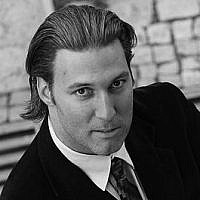 This war is different than the others.

From the tunnels built to murder and kidnap Israelis, to the firing of rockets on two-thirds of Israel’s citizens, to the outburst of anti-Semitism across the world calling for death to the Jews, to the mainstream media’s embrace of the ‘dead women and children’ public relations strategy employed by the Hamas terrorists, to the frightening rise of radical Islam and violence across the Middle East over the last several weeks, to America’s reluctance to stand by and provide unequivocal support to Israel during her time of need.   This war is different.

What each of us does today, whom we support, when we speak out, and how we carry ourselves throughout this war will have a profound impact on the future of Israel and the Middle East.   Each of us must realize that in this war, what we say and what we do matters.

In an early chapter of Genesis, G-d calls out to Adam and asks “Where are you?”  This simple phrase has been the subject of intense theological and philosophical debate and I find it highly relevant to our lives today, during this war.  For it is clear to me that the question does not refer to Adam’s physical location in the Garden of Eden – the Creator of the universe surely knows where Adam is hiding.  I believe that Adam is being asked to provide an answer as to his mental state of mind.  His views.  His allegiance.  His position on what is transpiring in his world.

During these difficult times, it is imperative that each of us take stock of “where we are” in relation to the war in Gaza.   It is critical that we acknowledge the important of these events and react accordingly.

Some of us will have a response that is tied to our geographical location such as the realization that “I am living in an anti-Semitic part of the world and I need to move to Israel.”

Others will have a political response such as “I can no longer vote for leaders based on purely social issues.  From now on I am going to ensure that each official I vote for is a supporter of Israel.”

Still others will experience an awakening for the support of Israel, a cathartic event kick-started by a moment of clarity such as “I am not a practicing Jew and I have never been to Israel.  But I am suddenly overcome with the need to have a voice and be more involved.”

Each of us will have our own distinct answer to “Where we are” during this war.  But we must all have AN answer.  There are so many things we can do to support Israel and ensure that we have this answer.

We can discuss the war in Israel with our children who are of age to understand the importance of a Jewish State, arming them with the facts about this war and ensuring that we have a future generation of young leaders who have a strong Jewish identity and are tethered to the State of Israel.

We can engage on social media and work to ensure that the pertinent facts and messages are widely distributed and that leaders who support Israel receive the attention they deserve.  Social media has made having a voice so easy – why not use it?

We can become more engaged in conversations and debates happening around us – at synagogues, at cocktail parties, on the sidelines of soccer games, on the train to work – and ensure that inaccuracies are corrected and that incendiary comments about Jews are not tolerated.

We can jump on a plane and go to Israel for a month, a week, even a day.  We can visit in the homes of friends and family, sit through the sirens, pick up the tab for a meal, spend some money on a suffering Israeli economy, attend a funeral of a fallen soldier.  Showing solidarity, even for a brief period of time, is incredibly powerful.

We must ALL have an answer.