President Donald J. Trump, you were absent at the opening of the US Embassy opening in Jerusalem today. But we can take that. You sent your beautiful daughter and son-in-law and your gesture speaks for itself. BTW: Great party, Ambassador Friedman!

We are grateful for your logical move and applaud your leadership in doing the long-standing will of the American People and their Representatives! You brought joy to us and the Jerusalem soccer team.

This cannot be nuanced by a tiny counter-demonstration of self-centered Arab Palestinian leaders, who have as their sole aim just to enrich themselves with no consideration for the population that actually needs their leadership towards respect and peace, and the petty few who are still fooled by them.

However, there was a small — but for us large — malfunction in the ceremony. The crowd was large but we couldn’t find Jonathan Pollard. 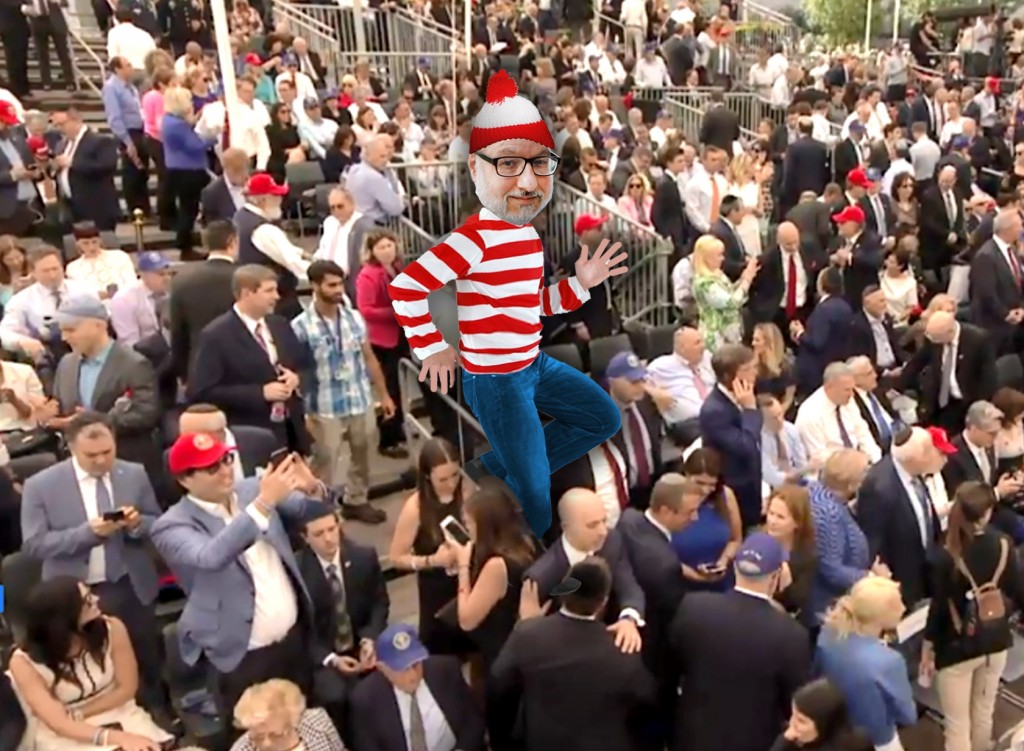 Please send him still today to Israel, so that he may recover from his flight before his Jewish birthday, this year July 22.

For the world, this should be a non-issue, but for us, it’s beyond a political issue. It’s family. When he’s not here, things are not the same.

The rabbis teach that he who shows clemency towards others, God will show clemency towards him. Not a good sole reason to let others go free but for sure a good encouragement to do something sweet.

This long-overdue move will also proudly set you apart from all your direct predecessors. The US Embassy in Jerusalem, withdrawal of the immoral Iran deal and letting go of Pollard: three times is a charm. 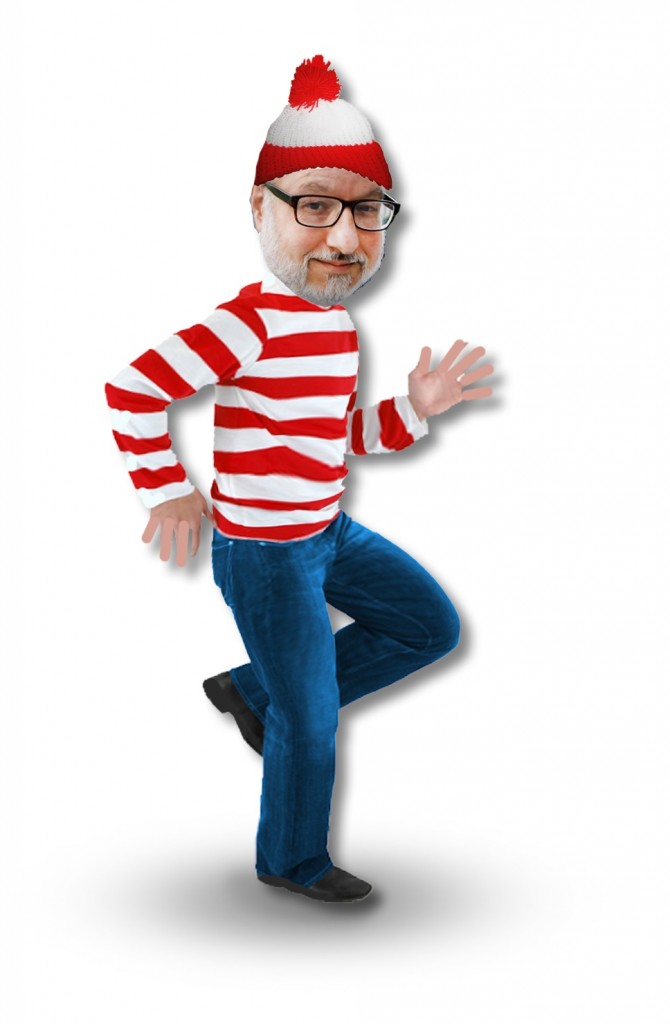 Created with assistance of MonaLisasArt.com for this blogger
About the Author
MM is a prolific and creative writer and thinker, an almost daily blog contributor to the Times of Israel, and previously, for decades, he was known to the Jerusalem Post readers as a frequent letter writer. He often makes his readers laugh, mad, or assume he's nuts—close to perfect blogging. He's proud that his analytical short comments are removed both from left-wing and right-wing news sites. * As a frontier thinker, he sees things many don't yet. He's half a prophet. Half. Let's not exaggerate. He doesn't believe that people observe and think in a vacuum. He, therefore, wanted a broad bio that readers interested can track a bit about what (lack of) backgrounds, experiences, and education contribute to his visions. * If you don't know the Dutch, get an American peek behind the scenes here: https://youtu.be/QMPp6h6r72M * To find less-recent posts on subject XXX among his over 1600 archived ones, go to the right-top corner of a Times of Israel page, click on the search icon and search "zuiden, XXX". One can find a second, wilder blog, to which one may subscribe, here: https://mmvanzuiden.wordpress.com/. * Like most of his readers, he believes in being friendly, respectful, and loyal. Yet, if you think those are his absolute top priorities, you might end up disappointed. His first loyalty is to the truth. He will try to stay within the limits of democratic and Jewish law, but he won't lie to support opinions or people who don't deserve that. He admits that he sometimes exaggerates to make a point, which could have him come across as nasty, while in actuality, he's quite a lovely person to interact with. He holds - how Dutch - that a strong opinion doesn't imply intolerance of other views. * Sometimes he's misunderstood because his wide and diverse field of vision seldomly fits any specialist's box. But that's exactly what some love about him. He has written a lot about Psychology (including Sexuality and Abuse), Medicine (including physical immortality), Science (including basic statistics), Politics (Israel, the US, and the Netherlands, Activism), Oppression and Liberation (intersectionally, for young people, the elderly, non-Whites, women, workers, Jews, LGBTQIA+, foreigners and anyone else who's dehumanized or exploited), Integrity, Philosophy, Jews (Judaism, Zionism, Holocaust, and Jewish Liberation), the Climate Crisis, Ecology and Veganism, Affairs from the news, or the Torah Portion of the Week, or new insights that suddenly befell him. * His most influential teachers (chronologically) are his parents, Nico (natan) van Zuiden and Betty (beisye) Nieweg, Wim Kan, Mozart, Harvey Jackins, Marshal Rosenberg, Reb Shlomo Carlebach, and, lehavdil bein chayim lechayim, Rabbi Dr. Natan Lopes Cardozo, Rav Zev Leff, and Rav Meir Lubin. * One of his rabbis calls him Mr. Innovation [Ish haChidushim]. Yet, his originalities seem to root deeply in traditional Judaism, though they may grow in unexpected directions. In fact, he claims he's modernizing nothing. Rather, mainly basing himself on the basic Hebrew Torah text, he tries to rediscover classical Jewish thought almost lost in thousands of years of stifling Gentile domination and Jewish assimilation. (He pleads for a close reading of the Torah instead of going by rough assumptions of what it would probably mean and before fleeing to Commentaries.) This, in all aspects of life, but prominently in the areas of Free Will, Activism, Homosexuality for men, and Redemption. * He hopes that his words will inspire and inform, and disturb the comfortable and comfort the disturbed. He aims to bring a fresh perspective rather than harp on the obvious and familiar. He loves to write encyclopedic overviews. He doesn't expect his readers to agree. Rather, original minds should be disputed. In short, his main political positions are among others: anti-Trumpism, anti-elitism, anti-bigotry and supremacy, for Zionism, Intersectionality, and non-violence, anti those who abuse democratic liberties, anti the fake ME peace process, for original-Orthodoxy, pro-Science, pro-Free Will, anti-blaming-the-victim, and for down-to-earth, classical optimism, and happiness. * He is a fetal survivor of the pharmaceutical industry (https://diethylstilbestrol.co.uk/studies/des-and-psychological-health/), born in 1953 to parents who were Dutch-Jewish Holocaust survivors who met in the largest concentration camp in the Netherlands, Westerbork. He grew up a humble listener. It took him decades to become a speaker too. Bullies and con artists almost instantaneously envy and hate him. * He holds a BA in medicine (University of Amsterdam) – is half a doctor. He practices Re-evaluation Co-counseling since 1977, is not an official teacher anymore, and became a friendly, empowering therapist. He became a social activist, became religious, made Aliyah, and raised three wonderful kids non-violently. For a couple of years, he was active in hasbara to the Dutch-speaking public. He wrote an unpublished tome about Jewish Free Will. He's being a strict vegan since 2008. He's an Orthodox Jew but not a rabbi. He lives with his library in Jerusalem. Feel free to contact him. * His writing has been made possible by a (second-generation) Holocaust survivors' allowance from the Netherlands. It has been his dream since he was 38 to try to make a difference by teaching through writing. He had three times 9-out-of-10 for Dutch at his high school finals but is spending his days communicating in English and Hebrew - how ironic. G-d must have a fine sense of humor. In case you wonder - yes, he is a bit dyslectic. If you're a native English speaker and wonder why you should read from people whose English is only their second language, consider the advantage of having an original peek outside of your cultural bubble. * To send any personal reaction to him, scroll to the top of the blog post and click Contact Me. * His newest books you may find here: https://www.amazon.com/s?i=stripbooks&rh=p_27%3AMoshe-Mordechai%2FMaurits+van+Zuiden&s=relevancerank&text=Moshe-Mordechai%2FMaurits+van+Zuiden&ref=dp_byline_sr_book_1
Related Topics
Related Posts
Comments