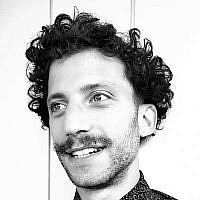 The Blogs
Ethan Klein
Apply for a Blog
Please note that the posts on The Blogs are contributed by third parties. The opinions, facts and any media content in them are presented solely by the authors, and neither The Times of Israel nor its partners assume any responsibility for them. Please contact us in case of abuse. In case of abuse,
Report this post. 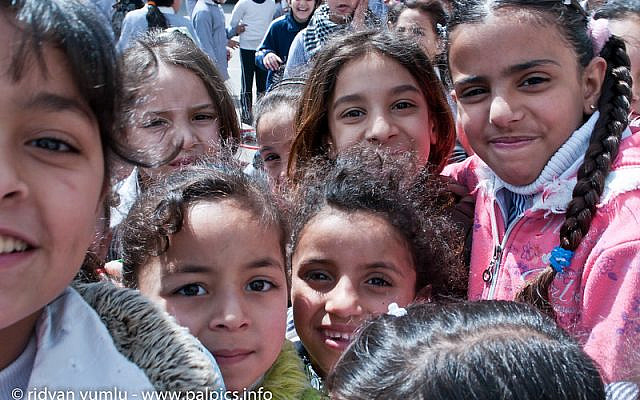 My earliest memory of the Israeli-Palestinian conflict was from when I was six or seven years old. I was attending a Yom Ha’atzmaut (Israel Independence Day) celebration. Before the celebration march, my mother told me the importance of staying close to her. Not only was it to keep track of me, she explained, but she warned there might be pro-Palestinian demonstrators protesting our peaceful celebration. Why people would want to demonstrate against Israel was something that for many years I couldn’t wrap my head around, let alone understand.

The global refocusing on the Israeli-Palestinian conflict in May 2021 left many American Jews taking a step back and reexamining their Jewish identities and relationship to Israel. For myself, it has forced me, for the first time, to chart how my Jewish community shaped my thinking around the conflict, the State of Israel, and my own Jewishness—and where this journey has eventually led me to today.

From 1992-2010 I grew up in the northern suburbs of Milwaukee, Wisconsin. It was an area that housed several different synagogues (per one’s denomination) and where I attended public school with many Jewish peers. My family kept kosher and attended synagogue weekly. My particular Jewish community regularly emphasized marrying Jewish to keep our traditions alive. The same community also prayed for the swift victory of the Israeli Defense Forces who protected the heart of these traditions in the Jewish Holy Land.

When I would ask why there was no peace in the Middle East, I’d regularly hear the common refrain from Israeli Diplomat Abba Eban, that the Palestinians “never miss an opportunity to miss an opportunity,” meaning the Palestinians always walked away from peace agreements with the benevolent State of Israel. In Sunday school I learned Palestinians staged corpses to gain international sympathy when they deserved none. Hearing these kinds of things for the first 18 years of my life from the mouths of religious teachers, my parents, and other members of my Jewish community, it was easy to take them as truth.

After all, I was being raised to be a Zionist—to believe wholly in the State of Israel founded for Jews after the horrors of the Holocaust. I was taught that immigrating to Israel was a monumental act in one’s Jewish life—seen as a final return after a two-thousand-year-old exile from the Holy Land. About 30 years ago my uncle and his young family moved to Israel despite his being harassed on a trip years earlier for his dark skin. My mother explained the incident as a case of mistaken identity—that he was harassed because someone thought he was Arab or Palestinian.

When I visited Israel for the first time on the Birthright program in 2011, I wasn’t worried so much about being harassed as I was by the program’s strict itinerary and its underlying agenda to combat intermarriage between Jews and non-Jews. I attributed these concerns to valuing exploration on my own terms and having crushes on non-Jewish girls in public school.

The trip saw about 20 college students bused between Jewish cultural and holy sites. In incorporating diversity and a non-Jewish viewpoint, we spent an evening at a mock-Bedouin village to learn about traditional indigenous life-ways. Conversations about the Israeli-Palestinian conflict were either avoided or glossed over.

The activity left a bad taste in my mouth because it felt like there was a right answer to the question. This was reinforced when I returned home and my Jewish community asked what I thought of the Birthright experience. When I was honest about not liking it, they seemed unable to validate my feelings. Their responses were always along the lines of “the programming not being right for everyone.” But it was a free trip, after all, they would reason. I couldn’t be ungrateful for a free trip. While this was somewhat true, I still couldn’t help but feel burned by the whole experience.

So, when the opportunity to establish a Jewish AEPi fraternity presented itself in the following year, I saw it as an alternative means by which myself and others could express and explore our Jewish identities that wouldn’t have to hinge on—among other things—loving Israel, as I had apparently failed to do.

I agreed to help establish the fraternity. Within our first year, we joined our campus Hillel in staging a counter-protest against a Students for Justice in Palestine (SJP) event. The members of the SJP came across as a bunch of whiny punk kids with an ax to grind. These kids, I’d been told, were just following the latest counter-culture trend of the BDS (Boycott, Divestments and Sanctions) movement against Israel, and had developed a warped knowledge of the Israeli-Palestinian conflict, spewing coded antisemitism with their anti-Zionist rhetoric. The counter-protest unsurprisingly devolved into a yelling match.

After this embarrassing spectacle, I tried to do my part to work with Jewish students and other faith-based and cultural organizations to promote programming and dialogue between us. I found value in the work, but it was my last year of college, and I wished I had gotten involved with other non-Jewish groups in my student community much sooner. This regret coupled with the damaging Birthright experience led me to try abandoning my Jewish identity, in the hopes that avoiding holidays and Jewish culture would help me be more personable and build stronger relationships across cultural lines in my post-college life.

And for some time I thought this rejection of identity was working. In the summer of 2015, I helped a friend organize a protest for racial justice—something I could never have imagined doing a year prior. The following spring I supported the Bernie Sanders campaign with its progressive ideas for socioeconomic and racial equality. But in December of 2016, I went to a community meeting to oppose Donald Trump’s upcoming presidency and took issue with a Palestinian Rights group also in attendance. Suspecting the group was co-opting the political moment to further an antisemitic agenda, I never attended a second gathering.

Instead, I spent my time working odd jobs while pursuing a writing career and living at my parent’s house. The Israeli-Palestinian conflict only visited me by way of a New York Times article about the realities inside a Palestinian refugee camp. After reading the piece, I felt like I had acquired a secret lens into the conflict kept hidden from me. I had many questions, but I didn’t feel like I had family or friends with whom I could meaningfully connect with about the article’s content. It never crossed my mind to reach outside my community for the conversations I was seeking, and so I held on to the insights from the article in one hand while clinging to pro-Israel sentiments in the other.

Just after the new year, I went on a date with the person I’d eventually marry. My wife and I were brought up with different socioeconomic and cultural backgrounds, and these placed unique anxieties on our new relationship. Her not being Jewish and my general aversion to Christian culture led to a lot of energy spent trying to make our relationship work. We didn’t make much time for conversation about Israel or the Palestinian people.

There was also our move to Taiwan where my mental health suffered. A relocation followed in the summer of 2018 to Eugene, Oregon, but Eugene didn’t make me happy either. It was, and still is, an overwhelmingly white community. From the beginning of our move, it felt culturally and socially out of touch with what I was used to from a larger and more diverse city. In Eugene, people seemed to wear their politics on their sleeves while remaining intolerant of others. I would hear explicitly racist and anti-Semitic comments at my job and out in the community. So, when I’d see a “Free Palestine” bumper sticker I’d roll my eyes thinking it was either virtue signaling or veiled antisemitism.

So after my wife and I got married in the summer of 2019, I decided to apply to graduate school, hoping it would give me the excuse to do more writing and move me away from Eugene for a more “open-minded” environment. This didn’t mean I wasn’t also struggling with my own prejudices, though. During grad school applications I complained that my application would be overlooked for less-talented but more “diverse” applicants. My wife quickly called out my prejudice and we continued to have difficult conversations with one another, friends, and family about how to transcend these harmful ways of thinking. When an acceptance letter came in the spring of 2020, the challenges of COVID-19 and my self-criticisms told me it wasn’t the appropriate time for me to share a classroom with those I’d privately disparaged only a short time ago.

This left me feeling stuck in Eugene and at a job that was becoming increasingly toxic during the pandemic. Then at the end of May, I found myself again in the company of trendy tattooed activists—some with patches or t-shirts expressing solidarity with Palestine. They marched, chanted and yelled for solutions to racial, social and economic inequality. And while I had my doubts about these people, I too was fed up with these same issues. But this time I didn’t want to leave the work almost as soon as I had begun.

The past year has seen my wife continuing to support and challenge me as I stumble through this work and education, which has included: engaging in local issues and politics, providing direct aid to unhoused neighbors, witnessing potentially criminal police violence, and my arrest at a Black Lives Matter protest.

In regards to the Israeli-Palestinian conflict, this has meant interrogating if the “accidental” harassment against my uncle in Israel would have been warranted had he in fact been Arab or Palestinian? It’s meant analogizing the fake Bedouin experience on Birthright to visiting a phony Native village on a pro-America tour, and drawing parallels between the historically imbalanced violence against communities of color in the United States and that of Palestinians living inside and outside Israel’s borders. I’ve also come to learn about my own ignorance of my fraternity’s unwavering pro-Israel history and ties to white supremacy.

More tragically, it’s meant understanding that as a Jewish child, I was taught to doubt Palestinian victimhood. As a white male, these sentiments bled into other white and male-centric ideas about racial and sexual aggressions—seeing Black victims as “dramatic” or women as “overacting.”

Viewed on a broader scale, the last year has allowed me to own, apologize, and grow from these mistakes and the misguided lessons of my past. I know I will continue to make mistakes as I work with and alongside different peoples trying to bring about a more just society. Still, I embrace this work with a stronger Jewish identity than I feel I have possessed before, one that places my Jewish identity in conjunction with other historically persecuted peoples, including the Palestinian struggle for self-determination.

About the Author
Ethan Klein was born and raised in the suburbs of Milwaukee, Wisconsin, where he earned his B.A. from the University of Wisconsin - Milwaukee. He's trying to do this writing thing while still giving meaningful time to family and a complicated 15-year relationship with long-distance running. Currently, he lives with his wife in Eugene, Oregon, where they share a home with their dog and two cats who are always vying for their attention. He has a short story forthcoming in the Fall 2021 issue of The Writing Disorder.
Related Topics
Related Posts
Comments
Advertisement