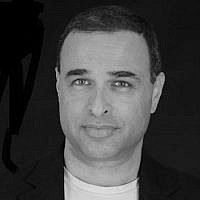 The Blogs
Lior Akerman
Apply for a Blog
Advertisement
Please note that the posts on The Blogs are contributed by third parties. The opinions, facts and any media content in them are presented solely by the authors, and neither The Times of Israel nor its partners assume any responsibility for them. Please contact us in case of abuse. In case of abuse,
Report this post. 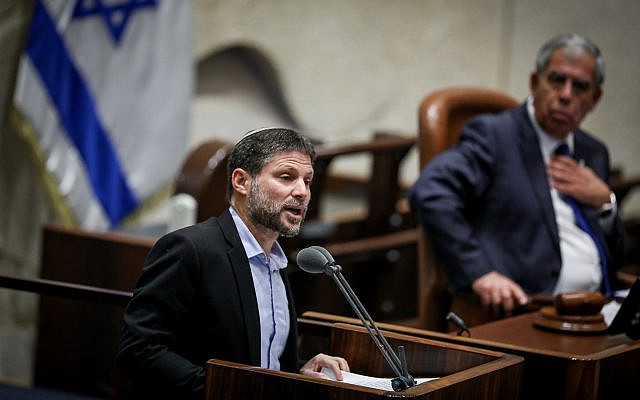 The latest speech by MK Bezalel Smotrich, who saw fit to link the Shin Bet security service to the murder of Yitzhak Rabin and even pin blame on the Shin Bet for supposedly encouraging the murderer to commit the heinous act, passed with relative silence on behalf of the heads of the coalition and the opposition in Israel, including both the incumbent prime minister and the designated prime minister.

About which several points: Smotrich’s statements are very harsh, very extreme and very disconnected from reality, not to mention delusional and far-fetched, but they are absolutely not surprising. These views are based on his messianic and extreme worldview, a worldview that does not see the Shin Bet as a state security organization safeguarding the security of the State of Israel, but rather as an organization that suppresses the vision of the future Kingdom of Judah. ​​From this perspective, his claims are not surprising and even, unfortunately, faithfully represent Smotrich’s positions and the views of many of his voters.

The fact that these statements have no grounding in reality or in the findings of the various investigative committees does not keep Smotrich and his constituents from building an alternative reality and delegitimizing the Shin Bet as Israel’s national security organization. The key point here is that Smotrich is no longer some guy on the street spewing nonsense. He is an elected official who will serve as a minister and a senior member of the soon-to-be-established government. In this context, his words, spoken from the podium of the Knesset, receive a stamp of apparent legitimacy and even truth in the eyes and ears of some of his believers and voters.

Even more troubling in this regard is the deafening silence from most elected officials and their blatant failure to publicly disavow the speech. Here I refer primarily to the designated and current prime minister, neither of whom bothered to condemn the outrageous claims. Smotrich smeared the direct superiors of the Shin Bet. This is the organization responsible for the security of the prime minister-designate and yet it gets no direct backing from him against these inciting and false statements.

The implications of this failure to respond are harrowing: A senior minister in the government spews baseless, delusional conspiracy theories, pulling along with him entire population sectors who tend to believe his lies, thus only widening and deepening the division and polarization that already exist among the citizens.

I was there when it happened. I interrogated those involved, I had all the facts, I read all the conclusions of the investigative committees in-depth, and I know more than Smotrich and his camp of voters will ever know. Their claims are utterly baseless. The Shin Bet did fail its security mission by not being able to prevent the murder of the late Rabin. The Shin Bet also had an intelligence failure in not discovering the plans of the killer and his helpers sooner. Senior Shin Bet officials took responsibility and resigned from their positions. But that is all.

Yigal Amir committed the murder with the help of his brother and another friend. The incitement was perpetrated over time by a long line of rabbis, politicians, and influencers who even today continue, unfettered, to roam freely and spread incitement and hatred. And conspiracy enthusiasts have also been told that the infamous “Champagne” (codename for Shin Bet plant Avishai Raviv) had nothing to do with Rabin’s murder or pushing the killer to commit the crime.

Everything has already been said and written and aired about this, but that doesn’t trouble the fans of delusional and unfounded conspiracy theories. They’re on their own, creating an alternative reality that absolves them of responsibility and guilt for the heinous murder. And the greatest absurdity of all is that these are going to be the government ministers and lead the country. And nobody raises a fuss and nobody shouts from the mountaintops. Because what’s important now is only to form a coalition and hand out jobs. So why bother ourselves with Smotrich’s claims?

The entire political establishment, and especially those who stand at the head of it, should do a thorough self-evaluation. What’s needed is for this leadership to shun those who divide and incite, and put the interests of the country before their personal interests in receiving this or that government position.

About the Author
Lior Akerman is a former brigadier-general who served as a division head in the Shin Bet Israel Security Agency. He is a senior researcher at the Policy and Strategy Institute at Reichman University and founding chairman of the New People's Council. (Headshot photo: Liat Mandel)
Related Topics
Related Posts