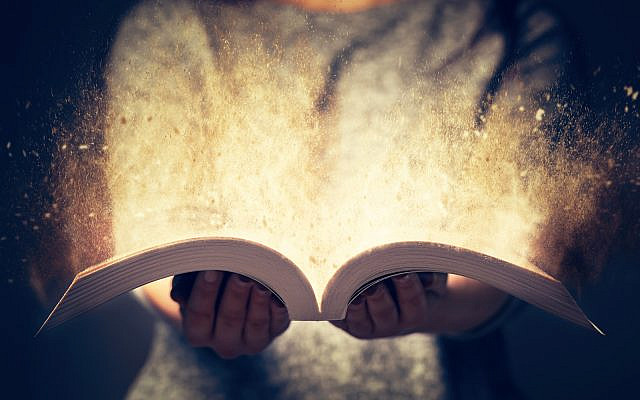 Who did I depend on when telling the story of Israel—the place and the people—in this extraordinary year? Who stood invisibly behind me, whispering a fresh insight, an incisive analysis, an unforgettable story, while I taught on distance learning platforms? Each of the gifted men and women listed below, who were invaluable in my work of bringing Israel and the global Jewish people to the scores of classrooms we reached virtually in 2020.

But there is another audience they impacted, an audience of one. Me.

In a year when travel to Israel was all but impossible, their work sustained me on the days I needed it the most.

As 2020 comes to a close, I want to recognize and thank these writers, podcasters, and creators who taught me and countless others this year:

Natan Sharansky and Gil Troy: Never Alone: Prison, Politics, and My People: A recurring theme runs throughout this gripping account of Sharansky’s years as a political prisoner in the Soviet gulag and rise to Israeli leadership after his release: his belief in and devotion to Jewish peoplehood. During nine years in captivity, with over 400 days spent in solitary confinement, Sharansky’s sense of belonging to the Jewish people sustained him and is reflected in the book’s title. “In joining the Jewish people, I discovered that when you have an identity, when you are part of something bigger than yourself, fear for your well-being no longer imprisons you.”

The post-gulag chapters of his service to Israel and the Jewish people are just as engrossing, recounting Sharansky’s ministerial roles and his leadership of the Jewish Agency. From this lifelong human rights activist, a man who played endless games of chess in his head while in solitary confinement, comes a timely epilogue— tips to help us cope while stuck at home during the coronavirus crisis.

Sarah Abreveya Stein: Family Papers: A Sephardic Journey Through the 20th Century: In a masterpiece of historical research that reads like a novel, Stein recounts the story of the Levys, a Sephardic family living in Ottoman Salonica. The book is an intimate portrait of a family, reconstructed through a massive collection of their letters and documents. It’s also a chronicle of how their fates were shaped by the wars of the twentieth century, scattering the family from Greece to Western Europe, Israel, Brazil, and India.

Telling the Jewish story means telling the story of a global people in all our beautiful and rich diversity. I’m grateful for writers who help me do that.

Matti Friedman: Friedman brings a photographer’s eye to the act of writing. He spots the obscure; he narrows the focus. The result is an image of astounding detail. “Once you start noticing them, ghost rails are everywhere in Israel,” he writes in Ghost Rails of the Holy Land, and proceeds to chronicle the history of the many rail lines that crisscrossed the Middle East a century ago. But it was Friedman who noticed and Friedman who wrote an article about them.

His ability to expand a story by zooming in is why you shouldn’t miss Israel’s Russian Wave, Thirty Years Later. Friedman focuses on ‘Generation 1.5’, “…people who were born in the Soviet Union, immigrated as children and are now grown up, a hybrid between old-country parents and the kids born Israeli. To understand the cultural transformation of the last three decades, members of Generation 1.5 are the ones to watch.”

Donniel Hartman, Yossi Klein Halevi, Elana Stein Hain– From this trio of Shalom Hartman Institute scholars comes the podcast of the iEngage program, For Heaven’s Sake. In each episode, Hartman and Halevi tackle an issue central to Israel and the Jewish world, such as ‘The Future of Holocaust Memory’, and ‘The Israel We Imagine’. Then Stein Hain joins them, bringing classical Jewish texts to enrich our understanding of the issue. Their pairing of discussion and text study makes for an unbeatable combination, and what’s more, they manage to do all this in about thirty minutes.

Halevi himself is a ‘one-stop shop’ when it comes to telling Israel’s story. His Letters to My Palestinian Neighbor; with an Extensive Epilogue of Palestinian Responses is foundational to how we do our work. His Facebook posts on Israeli music have led me to beautiful songs I would never have discovered without him.

Ron Leshem and Amit Cohen: Leshem and Cohen are the co-creators of Valley of Tears, an excruciating dramatization of the first few days of the Yom Kippur War, focusing on the battles that took place in the Golan Heights. It is the rawest and most gut-wrenching a depiction of the horror of combat I’ve ever seen. Viewers feel the claustrophobia inside the tank, sense the terror inside the bunker, and witness the unparalleled valor of the massively outnumbered Israeli soldiers, whose defenses were on the verge of collapse.

In Israel, the show has ‘…succeeded in “opening the wound” of the war….helping families begin to reckon with their repressed experiences of it.’ For viewers outside of Israel, it is a searing education.

The Times of Israel Community: I’m grateful to The Times of Israel Community  for creatively bringing Israel to us through virtual tours of Israel, interviews with diverse and compelling thought leaders, and podcasts on an astonishing array of topics. A modest monthly donation enables me to support TOI’s independent journalism and gain access to this wealth of content.  Here are just a few recent offerings:

Behind the Headlines, ‘Watch: Eurovision Winner Netta Barzilai is A-Changing’ Things Up’

Israel Unlocked: Tour Jerusalem as it existed before and after the destruction of the First Temple

Looking back at the archive of programs over these many months of pandemic, there is truly something for every interest.

Sarah Tuttle-Singer: Sarah is gifted in the art of conversation. In her many interviews on The Times of Israel Community programs she posed thoughtful questions and then stepped back to let the guest tell their story. That talent, and her natural curiosity and interest in people of every background, has enabled her to build a remarkable collection of Taxi Driver stories, the basis for a forthcoming book. These stories- warm, funny, human, tender, poignant- were among my favorite reads this year. Each one felt like an ‘only in Israel’ story. This one, The Taxi Driver’s Love Story, was especially wonderful.

Shmuel Rosner and Camil Fuchs: Israeli Judaism: Portrait of a Cultural Revolution: Forget the simplistic categories of religious or secular. In this book, Shmuel Rosner, a senior fellow at the Jerusalem based Jewish People Policy Institute, and Camil Fuchs, a Tel Aviv University professor of statistics and pollster, provide the survey data and analysis that explain the emergence of a distinctly Israeli form of Judaism. “While many have defined Israeli society as being divided into haredi, secular and traditional groupings, Rosner says that a fourth group, which he dubs “Jewsraelis,” today make up the majority of Israel’s population. Jewsraelis, explains Rosner, are the people who observe both Jewish and Israeli rituals and customs, and espouse beliefs that combine Judaism and Zionism.”

Aviva and Shmuel Bar Am: This pair combines Israeli history (often obscure) and tourism into articles that will satisfy your lockdown travel appetite and leave you with a long list of places to go when travel resumes. Until then, join them on Jerusalem’s ramparts, take in the views at these Sea of Galilee vantage points, or follow Moses Montefiore’s Holy Land travels. Speaking of Montefiore, this riveting article, by Sally Style, explains in remarkable detail what it took for Moses and Judith Montefiore to travel from England to the Holy Land in 1827, 1839, and 1849, including the constant threat of disease and, at times, quarantine.

Einat Admony and Janna Gur: Shuk: From Market to Table, the Heart of Israeli Home Cooking: In a kitchen filled with Israeli cookbooks, is there room for one more? Of course!  The authors deliver on the title’s promise, with fresh flavors, do-able recipes, and eye-popping photos. It was the book I turned to first when overpowered with longing for Israeli dishes and the Israeli markets (shuks) where the best ingredients are found. Sabich Salad, Spicy Tomato and Garlic Salad with Tahini dressing, and Braised Chicken with Olives and Citrus showed up on our table throughout summer and fall. Now I’m digging into cold weather recipes like Tahini-Crusted Stuffed Peppers and Fassenjan Meatballs.

No list is ever complete— who best told the story of Israel- the place and the people– to you this year? I invite you to add to the list in the comments thread below.