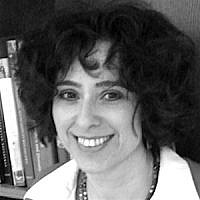 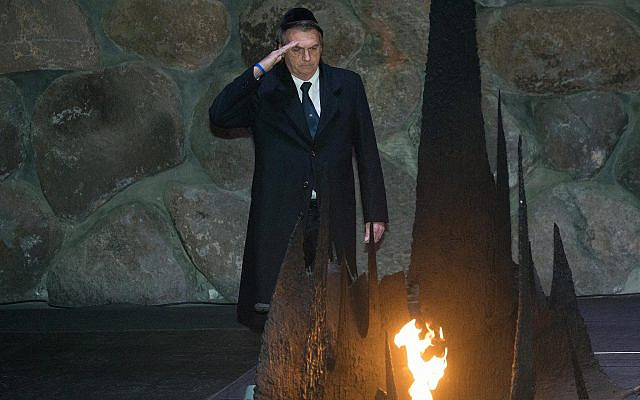 On Yom HaShoah, Holocaust Memorial Day, May 2nd 2019, I stood on the balcony of my home in Israel when the siren howled at 10.00 a.m. My feelings were some combination of sad, complicated and discomfited. As the daughter of a Holocaust survivor – my Hungarian-born father Gershon Glausiusz, as a ten-year-old child, survived Bergen-Belsen – I knew I was supposed to feel something. But I wasn’t sure what it was.

Over the next few days, my thoughts coalesced, especially after I had read excerpts of President Reuven Rivlin’s Holocaust Memorial Day speech at Yad Vashem. “Today, Europe is once again pursued by the ghosts of the past. Ideas of superiority, national purity, xenophobia, blatant anti-Semitism from left and right are hovering over Europe,” Rivlin said.

Rivlin’s words crystallized my feelings of unease on Yom HaShoah. Because in 2018 and 2019, some of those xenophobic leaders were welcomed to Israel – and invited to tour Yad Vashem.

Over the past year or so, I’ve kept a list of extreme right-wing, ultranationalist or authoritarian leaders who have been welcomed to Israel and guided around Yad Vashem. They include, for example, Hungarian Prime Minister Viktor Orbán, who told Israeli Prime Minister Benjamin Netanyahu that,  “Hungary has zero tolerance for all manifestations of anti-Semitism.” In 2017, Orbán’s Fidesz government spent an estimated 5.7bn forints ($21 million) on a billboard campaign demonizing George Soros, the billionaire philanthropist and Holocaust survivor. The posters showed a smiling Soros with the words “Don’t let Soros have the last laugh”. Some of the posters were pasted to the floors of Budapest’s trams so that people entering the tram would trample on Soros’s face.

Orbán, who rode to a landslide re-election victory in 2018 by touting his extreme anti-immigrant measures and a promise to block migration by Muslims, said in April 2019 that, “We will decide whether to protect our Christian European culture, or whether we pass off this territory to multiculturalism.” The Hungarian Jewish community today numbers between 75,000 and 100,000 – the largest in East Central Europe. In 1941, the Jewish population in “Greater Hungary” was 725,007, according to Yad Vashem.

In September 2018, Philippines President Rodrigo Duterte was given the guided tour of Yad Vashem. Duterte has likened himself to Adolf Hitler. In September 2016, he noted that Hitler had murdered millions of Jews. “There are 3 million drug addicts (in the Philippines). I’d be happy to slaughter them,” Duterte boasted. According to the Philippine National Police (PNP), 22,983 suspected drug users and dealers in the Philippines have been killed in police operations and by “unidentified gunmen” in the past nearly three years, as reported by Human Rights Watch.

Others welcomed to Israel, and to Yad Vashem, include Matteo Salvini, the former interior minister of Italy now poised for a comeback, whom Netanyahu referred to as a “great friend of Israel.” Salvini has pledged to deport half a million migrants and refugees from Italy as part of a “mass cleaning” of Italy that will be carried out “street by street.” In June 2018, Salvini vowed to expel non-Italian Roma from the country, and has fantasized about bulldozing their camps. Upto 220,000 Roma in Europe were murdered by the Nazis and their allies during the Second World War; many were forced into slave labor and others were tortured with pseudoscientific “medical” experiments at Auschwitz and other concentration camps.

Brazilian President Jair Bolsonaro visited Yad Vashem in April 2019. In an Orwellian feat of re-written history, Bolsonaro claimed that Nazism was a leftist movement. According to Yad Vashem’s own website, frustration following Germany’s defeat in World War I, “together with intransigent resistance and warnings about the surging menace of Communism, created fertile soil for the growth of radical right-wing groups in Germany, spawning entities such as the Nazi Party.”

In April 2019, Bolsonaro, who has declared that he is “homophobic – and very proud of it,” said of Brazil that “we can’t let this place become known as a gay tourism paradise.” According to the United States Holocaust Memorial Museum, “the Nazis arrested an estimated 100,000 homosexual men, 50,000 of whom were imprisoned.” They also conducted “medical”  experiments on some gay concentration camp prisoners, causing illness, mutilation, and death.

Is it a surprise that such hard-right leaders should be invited to Israel? Perhaps not. The government of Israel has a very poor record on welcoming refugees, voting in 2017 to expel asylum seekers from Darfur and Eritrea, and in 2018 to deport asylum seekers from the Congo. Those attempts were halted by the courts, but the hate continues.

On May 1, 2019 – the eve of Yom HaShoah – then-newly-elected Likud Member of the Knesset May Golan, who has shouted her pride in being a racist, posted photos on her Facebook page of lawmakers signing her petition to expel African refugees. The post received almost two thousand “likes” and hundreds of comments and shares. (Golan is 34 on Likud’s list of candidates for the March 2, 2020 election, so has a slim chance of re-entering the Knesset.)

What can we do in the face of this hate? Firstly, I am very grateful for those who speak up and fight it, and especially for the moral voice of President Rivlin, who criticized, in his Yom HaShoah address, Israel’s push to forge links with right-wing governments in Europe. “No interest and no consideration of realpolitik can justify a dishonorable alliance with racist groups or elements who do not acknowledge their past and their responsibility for the crimes of the Holocaust,” Rivlin said.

We, too, must speak up against racism as we commemorate International Holocaust Remembrance Day on January 27, 2020, which marks the 75th anniversary of the liberation of Auschwitz.

In reading Rivlin’s words last year, I realized the source of my discomfort during the Yom HaShoah siren. It’s because my sadness on Yom HaShoah is compounded by the willingness of Israel’s government to welcome xenophobic leaders here. It doesn’t matter how solemn someone seems, what wreaths they lay, or what platitudes they write in the visitors’ book at Yad Vashem. A man who compares himself to Adolf Hitler should never be welcomed here.