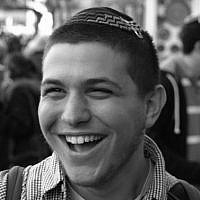 The Blogs
Josh Weixelbaum
Apply for a Blog
Advertisement
Please note that the posts on The Blogs are contributed by third parties. The opinions, facts and any media content in them are presented solely by the authors, and neither The Times of Israel nor its partners assume any responsibility for them. Please contact us in case of abuse. In case of abuse,
Report this post.

Things that they didn't tell you before you made aliyah, Chapter 7: You're going to have a war or election every year.

When the US's presidential campaign is longer than Israeli gov's term, at least one of those countries has problems (both probably).

And it’s true. Nefesh B’Nefesh indeed forgot to mention the war or election every so often. And I’m not sure which one of those I prefer.

As Israel likely officially moves towards new elections just two years after the previous ones, the big question is why? (Note: the term “likely officially” is a term so outrageous, it could only ever be associated with Israeli policy)

On the left, Labor is expected to remain stagnant at 15 while Meretz rises from 6 to 8 seats. Tzipi Livni, unless she pulls off one of her signature “Livni maneuvers,” is expected not to make the next Knesset, nor is her former party, Kadima.

Wondering where the other 12 seats went? To brand spankin’ new party, Moshe Kahlon!

The question though remains – why do we need new elections? All they do is herald the demise of Yesh Atid. Yes, its demise. Whether you voted for them or not and whether you plan on voting for them again or not doesn’t change the plain and simple fact that Israel’s election system has been set for years. It has the main two parties – Likud (or Herut) on the right and Labor (or Mapai) on the left. They wax and wane with the security and socio-economic situation.

It has its “clusters” of Mafdal/NRP/National Union/Habayit Hayehudi/Otzma L’Yisrael/you name it on the Religious Zionist/Right Wing camp, Meretz of the Progressive Zionist camp, the Haredim, and the Arabs. And then, the “new” party. It’s always there and always claims to be centrist. It’s been called “Shinui” and “Kadima” and “Yesh Atid.” In 2015, it will be called whatever Moshe Kahlon names his party. And they will be the big hit until the next election, likely in 2017, when they too will fall.

Certainly not the public. We bear the cost, projected to be upwards of 2 billion shekel. That money is raised by the government through taxes on us. Even if they don’t directly tax us to pay for that, the money must come from somewhere, so they simply divert other spending that otherwise would have benefited the public.

We also lose significantly through the instability. Instead of having a government actually govern, we continue the process of replacing the Education Minister every 2-3 years which means that once the school system finally adjusts to one guy, we have a new sheriff in town with an entirely different vision of how to proceed with education in Israel. It certainly doesn’t help when one is Religious Zionist and the next is Haredi and the next is secular. It’s completely unfair to children, parents, teachers, and school administrators alike who must constantly adjust to a constantly changing cycle. The same can be said for the changes in other ministries.

Nor will the left win, as any gains are minimal enough, offset by the completely unlikely chance that anyone from the Left or the Center (Herzog or Lapid) will be given a mandate to form a coalition.

Even Habayit Hayehudi (“The Jewish Home,” under the leadership of Naftali Bennett) may not be riding so high if he can’t get the party, including the Tekuma faction in check.

Sure Bibi grows a little bit, and he will likely form the next government with his “natural allies” plus the Haredim replacing Lapid and Livni, meaning still hampered for what he wants to do, just in a different direction.

So what’s the point? Everyone here (save maybe the Haredim) are losing in this battle. Even the Arabs should be opposed, as it will be harder for them to cross the raised electoral threshold, and Balaad may not even make the next Knesset. That Livni would want early elections that virtually every single poll shows her not even making is astounding.

It would be significantly cheaper to save the facade and just bring UTJ and Shas into the coalition now, considering that’s what will happen anyways. At current seat levels, even if Lapid and Livni leave, the coalition will remain with 62 seats. And while Bibi will be forced to put on hold any legislation he may have wanted against Haredi interests (whether compulsory IDF service for all, conversions, or marriage,) he will no longer be tied down in diplomatic/security moves he, Lieberman, and Bennett may want that Lapid and Livni have opposed (deportations, Knesset bill to oust enemies of the State, etc.).

Unless you’re looking forward to that extra day of vacation. Then I agree – big win for the people!

About the Author
Josh Weixelbaum is currently studying for an MBA in Marketing and Finance at Bar Ilan University where he recently completed a B.A. in Political Science and Economics. He fights online for better and more transparent government in Israel and for a better public transportation system in Israel. After making Aliyah from New Jersey 5 years ago, Josh served in the Shaked battalion of the Givati brigade, serving on both the Gaza border and in the Shchem (Nablus) region.
Related Topics
Related Posts
Comments 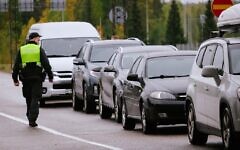