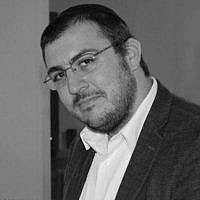 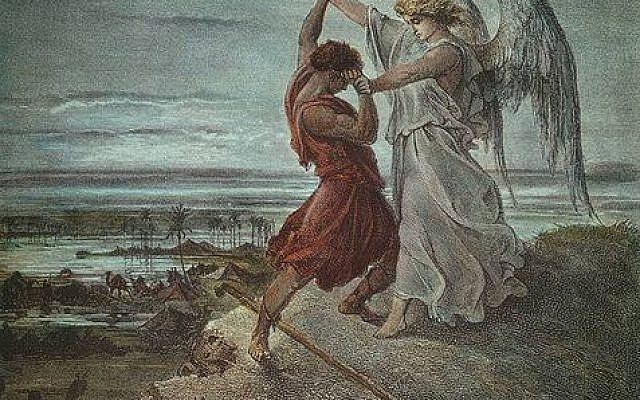 In this week’s parsha, Vayishlach, Yaakov is scared, afraid. He is vulnerable. He is running from his brother Esav, even though he is the one who brought this situation on himself.

Yaakov has sent his family away, not sure that he is ever going to see them again. In the night, in the darkness, he faces off against an ish, perhaps a supernatural being. Many rabbinic commentaries focus on what this being is. Is it an angel, is it Esav’s guardian angel as the midrash suggests? Perhaps it is a demon? Rambam suggests that maybe it is a metaphor for his own internal demons and struggles.

Regardless, the thing that Yaakov cares about most of all is not whether he can win this battle. Rather it is that when he fights and faces any challenge he is not doing it alone. If we go back to the incident where Yaakov first comes into contact with God, in his dream with the sulam, he adds to his covenant inherited from his grandfather. He requests that God always be with him and protect him, whether he is on the run from his brother, facing off with his uncle or, in our parsha, wrestling with this mysterious ish (Gen 28:12-22).

All of these struggles for Yaakov happen at the same time of day, night. The dream of the ladder is at night, he wrestles the ish at night and when Yaakov finds out that his son Yosef is still alive, God comes to him in the night as Yaakov wrestles with his fear of leaving his home to travel to Egypt. He knows that there is darkness waiting there. God comes to him and says “Yaakov, Yaakov, do not be afraid, I will go with you” (Gen 46:2-4). Yet again in our parsha, God, through this mysterious messenger, affirms that Yaakov is not alone, albeit in a clever and non obvious way. When they have reached a stalemate this being asks “What is your name?” Yaakov tells him his name and he says “No. It is not your name anymore, your name is now Yisrael.” Why? “Because you have struggled with—עִם—Gods” (Gen 32: 29).

Rather than read עִם (literally “with”) as being “against” this being (i.e. the two brothers fought with/against each other), we can read עִם as “together”. For example, I went to the store with my friend. So when Yaakov is fighting against this being, this ish, he is not alone. Who is with him? God, just like he asked. When Yaakov was in one of the greatest struggles of his life, what was the realization he had afterwards? No matter what he was going through, no matter how angry or vulnerable or scared, God promised that He will always be with him

A great rabbi, the Meshech Chochma, Rabbi Meir Simcha of Dvinsk in nineteenth century Lithuania, emphasized that every time God comes to Yaakov, it is always at night. Perhaps the message there, says the Meshech Chochma, is that God is coming at night to remind Yaakov that just as God is with Yaakov in the darkness of night, so too will God be with him in the darkest moments of his life. That is the strength of their new covenantal relationship. Knowing that no matter what happens, the people we care about will be עִם/with us in our darkest and most vulnerable moments.