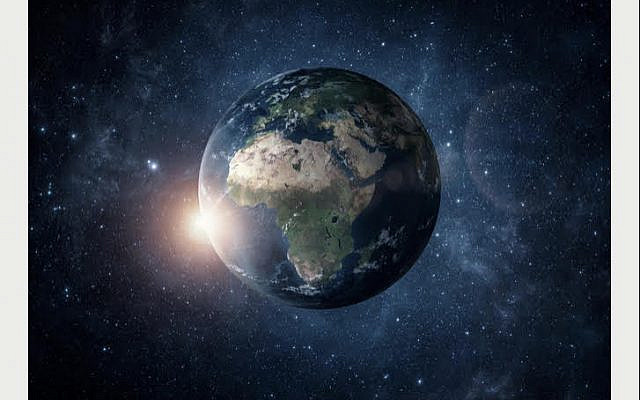 Abolition of the death penalty is a vital issue – literally.

If we in the United States wish to have any credibility at all on the global stage when it comes to attempting to police the world or advocating for human rights anywhere on Earth, then we must end the hypocrisy of the violation of the most basic of those human rights in our land: state-sponsored murder. We cannot criticize human rights violations in Iran, China, Saudi Arabia or elsewhere on our planet when we are guilty of the same and when we keep their company in allowing the penalty of death. How can we purport to know what is best for our world when we cannot even abide by what is arguably the most fundamental concept of civilized humanity – the inviolability of human life? The United Nations’ Universal Declaration of Human Rights clearly states that “the death penalty undermines human dignity that is inherent to every human being.” This is a precept that is accepted by 70% of the nations of our world. We have no business in international affairs until we can live up to this standard and clean up this abomination that festers in our own backyard.  Period.

You may think that the death penalty has nothing to do with you. You may think that we have much bigger problems in this world of ours. We, the members of “L’chaim! Jews Against the Death Penalty” would respectfully disagree.

Yes, we do have prodigious disasters unfolding in our world, including the impending calamity of climate change, and the ever-worsening plagues of hatred, xenophobia and violence. This does not, however, make the scheduled killing of individuals by our governments any less emergent. While we as a civilization still carry out state murders, this issue must ALWAYS be at the forefront of our minds, and we must maximize our efforts to bring this horror to an end.

And we still have a very long way to go in this sacred task. It is simply inconceivable, for example, that the four state murders scheduled for just last week in the USA – three of which were carried out and botched and the fourth of which was torturously called off while in-process – received very little press attention in our land. It is a most disturbing sign of our times that most Americans remained entirely ignorant of what transpired in our names.

You may also think this issue has nothing to do with you personally. Again, we, the members of “L’chaim! Jews Against the Death Penalty” would respectfully disagree.

Spiritually, we are all connected in this world of ours. What happens to one of us, happens to us all. We MUST stop killing ourselves! We in the USA are predominantly a Judeo-Christian nation. If you are Christian, recall that Jesus was one such innocent execution victim, as Shane Claiborne powerfully explains in his work “Executing Grace: How the Death Penalty Killed Jesus and Why It’s Killing Us.” If you are Jewish, consider the idea of universal Oneness that Jewish tradition screams out in its seminal verse and declaration of faith: “Sh’ma Yisrael, Adonai Eloheinu, Adonai Echad!” (“Hear, O Israel, the Lord is our God, the Lord is ONE!” (Deut. 4: 6) Consider as well the plague of wrongful convictions and executions in our land and recall the words of the Jewish sage Moses Maimonides (1135-1204), who said “It is better to acquit a thousand guilty persons than to put a single innocent one to death.”

Last, but far from least, consider the legacy that we continue every time we put someone to death in this nation. The most common American form of execution is lethal injection. The practice of lethal injection was first implemented on this planet by the Nazis as part of the Aktion T4 protocol to kill people deemed “unworthy of life,” as developed by Dr. Karl Brandt, personal physician of Adolf Hitler. Every time we use this Nazi needle, we carry on their legacy. The same holds true for Zyklon B, the gas used in Auschwitz on our ancestors and now offered to kill people in Arizona, as well as any of the gas chambers being erected in states throughout our land. As famed theologian Martin Buber knew so well, in the wake of the events of the 20th century, any form of state-sponsored murder only carries on the Nazi legacy of the same. Holocaust Survivor and Nobel Laureate Prof. Elie Wiesel (1928-2016) echoed this when he famously said of capital punishment: “Death is not the answer.” He also exhorted this: “With every cell of my being and with every fiber of my memory I oppose the death penalty in all forms. I do not believe any civilized society should be at the service of death. I don’t think it’s human to become an agent of the angel of death.” This might as well be our anthem in “L’chaim! Jews Against the Death Penalty.”

Ponder this question from a moment from an existential perspective (whether that be for you Divine, spiritual, philosophical, metaphysical in nature or otherwise): why is humanity worth saving at all if we are only going to continue killing ourselves?

For us in L’chaim, we turn to the words of our Jewish tradition for the final word as we juxtapose the value of one human life with the survival of our species and our planet: