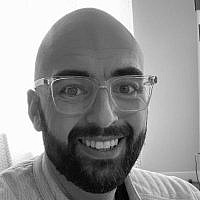 The Blogs
Joe Roberts
Apply for a Blog
Advertisement
Please note that the posts on The Blogs are contributed by third parties. The opinions, facts and any media content in them are presented solely by the authors, and neither The Times of Israel nor its partners assume any responsibility for them. Please contact us in case of abuse. In case of abuse,
Report this post. 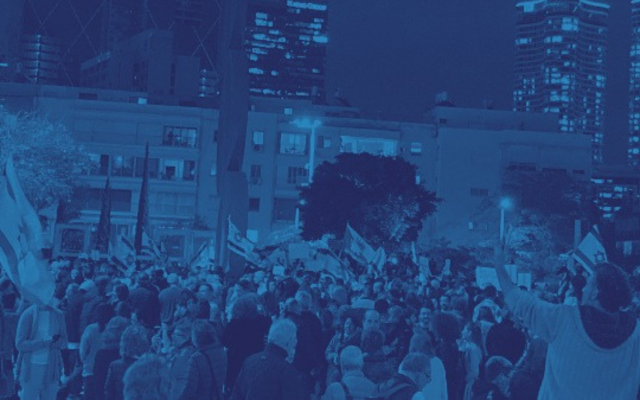 Israel’s new governing coalition has sparked a wave of protests by Israelis and deep concern among Jewish Canadians. This is not a time for silence, it is a time to make our voices heard — the threats to democracy and the principles of freedom, justice, and peace enshrined in Israel’s Declaration of Independence demand it.

Many Canadian Jews and Israeli Canadians are deeply worried. We have heard from a wide cross-section of our community that they feel the need to show support for protestors in Tel Aviv, Jerusalem, Haifa, and across Israel. In response, JSpaceCanada, in partnership with seven organizations representing tens of thousands of Canadian Jews and allies has organized a vigil outside the Israeli Consulate in Toronto on January 21st as a way to show our solidarity with the Israelis who are taking to the streets to demand a better future for their country. This vigil is an opportunity for Jewish Canadians to stand up for the Zionist dream and for the principles on which the Jewish State was founded.

The early Zionists were dreamers and risk-takers. They believed in a better future for the Jewish people and were willing to take action to make it a reality. We must continue to uphold that spirit and take a stand for their dream. This vigil is not about anger, but about courage and speaking not only with our voices but our feet too. It is an opportunity for Jewish Canadians to come together and make our voices heard — we support Israeli civil society.

David Ben-Gurion once said, “Courage is a special kind of knowledge: the knowledge of how to fear what ought to be feared and how not to fear what ought not be feared.” We should be afraid of the “red lines” being crossed daily by Israel’s governing coalition. We should not be afraid of voicing our opposition to it, recognizing that there may be those who attempt to misconstrue our love of Israel for something less savory. That is the courage this moment calls for.

The challenges facing Israel today don’t stop at its borders, they are inexorably tied to the diaspora. That’s why JSpaceCanada has invited every major Jewish organization in Canada and synagogues in the Greater Toronto Area to participate. Many have voiced their support. Some have committed to attend. A few have shown the courage to approach their leadership to partner with us. Whether there in spirit or in person, we are united in our belief that the current situation in Israel is a threat to the principles that we hold dear and that we must take action to ensure that the Zionist dream is not lost.

The current situation in Israel threatens the very principles of democracy that the country was founded upon. The new government’s proposed legislation, which would allow the government to override Supreme Court rulings, politicize the border police, and many other proposals are deeply concerning. These laws threaten the principles of freedom, justice, and equality that are at the heart of the Zionist dream.

This vigil is not a criticism of Israel or of the notion of a Jewish state, but rather a call to action to defend the principles on which the state was founded. It is a call to stand up for the principles of democracy and for the rights of all Israeli citizens, and for diaspora Jewry who doesn’t get a vote in elections, but who are deeply interwoven with the land of Israel and its people.

The Zionist dream is one of a Jewish state that is a beacon of freedom, justice, and peace in the world. It is a dream of a state where all citizens, regardless of their religion or ethnicity, are treated equally and with dignity. This vigil is an opportunity for Jewish Canadians to stand up for that dream and to show our support for the principles that it is founded upon. It is an act of love.

It is time for Jewish Canadians to be seen and heard. It is time for us to take a stand. Together, we can make a difference. We must not be afraid to speak out against injustice and to stand up for the principles of justice and democracy that we as Canadian Jews share.

Learn more about The Vigil for Israeli Democracy

About the Author
Joe Roberts is veteran political strategist in both the US and Canada and Board Chair of JSpaceCanada, the leading voice of progressive Canadian Jewry, and Chair of Meretz Canada. He also serves as Executive Director of the Centre for Canadian Progress, Canada’s only democratic socialist public policy think tank. He has spent the last 10 years in executive positions in the Jewish Federation system and calls Cobourg, Ontario home.
Related Topics
Related Posts
Joe Roberts