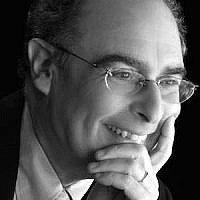 Reform Judaism is not exclusively, or even primarily, a movement. Reform Judaism is an approach, a means of viewing Jewish law, history and practice, consistent with the intellectual demands of modernity.

Shmuel Rosner published an article stating that the number of Reform Jews in Israel is less than one percent. He defines Reform Judaism exclusively as members of an Israeli movement, and those who are willing to identify themselves as members. He is wrong.

Reform and Conservative Judaism are, in fact, movements in Diaspora communities that some will consider a theology because they or their devotees express a series of theological perspectives which reflect various thinkers and theological stances. Followers of philosophers as diverse as Martin Buber, Emil Fackenheim, Mordecai Kaplan and Abraham Joshua Heschel, among others, may all find themselves in the same “movement.”

Some will define Reform, inconsistently, as a series of Jewish practices, or a history of congregational affiliation in a particular family (i.e.- “We have always belonged to X congregation.”)

The Reform and Conservative movements in North America developed for various reasons: sometimes interaction with the dominant culture, sometimes around what was taught in secular university education (we are a highly educated population), sometimes a theology resulting from the clash between university education and Jewish belief, sometimes country of origin (started out Orthodox from Eastern Europe, became Conservative; or started out Reform from Central or Western Europe). But the upshot is that there were movements that were fairly well defined and that attracted affiliation, that is: people “joined” congregations according to movements which had various sociological, theological and political histories and associations.

Of course, none of that is true in Israel. There is no “joining a congregation and paying dues.” For people from the FSU there is no history of affiliation or structure with which to identify. For those from Arab countries there was no history of philosophical modernity, Enlightenment, political freedom from the ghetto, movement from medieval to post-Descartes theology, assimilation to a dominant and accommodationist Christian culture: all of the forces that created the “movements” in the U.S. and Europe. Diaspora communities confront marginalization and all that implies for identity and security. Jews constitute the majority in Israel, and synagogue is not the primary force to preserve a Jewish peoplehood identity.

In other words: people do not define themselves according to the categories in the U.S. because, for most people, those categories do not apply historically and do not determine behavior.

So why are there Reform and Conservative Jews in Israel? People came from outside of Israel and established institutions similar to those they knew, but that no longer defines liberal Judaism in Israel.

Certainly part of it is explained by country of origin and affiliation with the streams in the country from which the family made aliyah. Hence Har-El Congregation in Jerusalem it seems to me.

But the dominant factor that we need to consider is not according to sociological, political or philosophical categories, but rather the analysis provided by phenomenology of religion.

You may remember books explaining what is called “civil religion,” both in Israel and the U.S. In the anthropology, sociology and phenomenology of religion, civil religion analyzes the myths, symbols, and rituals of a culture as they evolve intrinsically out of the culture of the nation, with all of its history and meaning.

In the U.S., we see this very clearly, and the cultural battle that has ensued for years as a result. The civil American religion includes secular holidays like Memorial Day and Labor Day, but also a secularization of religious holidays like Christmas and Easter. Thus, the civil religion of the U.S. consists mainly of “secularized” Christian holy times that retain a modicum of theological meaning (Christmas is the happiest day of the year; Easter means resurrection and eternal life if you are “saved”), plus, in addition, nationalistic holidays or other values that come out of American culture that have been largely secularized. Memorial Day and Labor Day are now the beginning and end of summer and the opening and closing of public pools, rather than remembering the war dead and the debt we owe to laborers.

Israel is a young society, and is just developing its civil religion. But here’s what I’d like to stress: There exists a developing Israeli civil religion, and it will utilize and revaluate (give new value to) traditional symbols and myths and rituals in innovative ways. This religion will largely be identified with what we now call Liberal Judaism, hence called generically Reform and Conservative. It will also be seen as indigenous Israeli Judaism, and may even be understood to be secular by some Israelis.

So, for instance, we see this in both the U.S. and in Israel around Pesah, and the plethora of art and new haggadahs. (The fact that you can’t easily control what people do in their homes has something to do with this. No rabbinic supervision!) Families develop their personalized traditions, some of which have spread to the broader Jewish culture, like an orange on the seder plate. But this is not a new phenomenon historically. Some medieval haggadahs, like the Roma Haggadah, stipulate fish and fowl on the seder plate, customs that have disappeared. Cultures develop indigenous expressions of religiosity reflecting the spiritual questions and considerations of those living at the time.

Therefore, in Israel, those who label themselves secular may well be developing, and we see it everywhere today, a religious culture that is grounded in traditional Jewish life but which is growing new forms. Its theology is likely to be inchoate for a while, but may well be particularistic regarding peoplehood and universalistic in ethics. It will likely derive meaning from interpreting traditional Jewish texts, but in new and innovative ways.

Dr. Ruth Calderon pioneered some of this. The kibbutz movement tried to inculcate socialist values in traditional Jewish forms in some cases, but was not largely successful, I don’t think. The Tali Schools may be helping educate in this direction, and certainly the Reform weddings, b’nai mitzvah and other life cycle events are a starting point for civil religion in Israel. I am not an expert in what is happening currently, but clearly it’s occurring.

These folks are not going to label themselves Reform when asked on a survey, but indeed they are a phenomenon that is parallel to what happened in Europe and the U.S. that developed the liberal streams. The context is different, and the outcomes will differ, but their innovation will be phenomenologically the same. Perhaps they cannot be called Reform in the American model of practice, but they are very much Reform in the adjustment to modernity. They will not label themselves Reform or Conservative on surveys. The fact that in North America Jews identify and pay dues to specific institutions and therefore label themselves as members or followers is simply an artifact of the way the movements developed in North America. Out of the same spirit that grew Reform and Conservative Judaism In Europe and North America, a new Judaism will be born and nurtured in Israel.

Israel is developing Israeli indigenous Judaism as a more modern Jewish culture develops new forms. They often perform their ceremonies in a Reform or Conservative context because that’s the institutionalized form that exists and that they can utilize when they have an impulse do externalize their Jewish identity in some specific form. But the movement does not define or limit them. For some, they are defining the movement. For others they are in and out, depending on how the institutions fit their Israeli interpretation. But they are a presence in both the congregations and, more importantly, in Israeli religious life. You see it in the study groups, and in the use of one of the most powerful forms of culture: the calendar. You see it in the power of certain customs, like Yom HaZikaron, and other nationalist holidays, which enable people to use traditional or modern religious forms to express their existential needs. It’s in worship on the beach, and intercultural marriages. It’s in how people celebrate shabbat in their real lives, and accommodate their notion of what is appropriate to them as they view reality and family in the Jewish state. It’s in weddings and b’nai mitzvah that reject the Chief Rabbinate and long for a spiritual and Jewish expression of their own lives.

To measure the strength of Reform or Conservative by a survey that asks questions about formal self-definition in terms of streams will fail to measure the actual religiosity of the culture unless it examines both the frequency of rituals and how people interpret, personally, the meaning of those rituals in their own lives. This is a lot of work.

There’s no reason to base claims on the stuff that Shmuel Rosner is measuring. He’s measuring the wrong stuff. He will not find “Reform and Conservative” Jews by his method, because they do not think of themselves that way. They are modern Israelis adapting Jewish culture to their own needs, a process that has always occurred historically, with the realities and existential pressures of contemporary Israel and in light of the history of the Jewish people’s ceremonies and beliefs as these modern Israelis understand them.

The Haredi establishment understands all of this intrinsically, and is attempting to define what is legitimate, so that modern phenomena can be labeled a deviation and can be controlled. They ultimately will fail, because it can’t be done. The extent to which the State empowers them will determine how long it takes for civil religion to become a powerful force in Israeli society, but ultimately the people’s religion always prevails.

About the Author
Mark H. Levin was born in Baltimore, Maryland. A graduate of Boston University, Rabbi Levin studied two years in Israel, was ordained at the Hebrew Union College in Cincinnati, and received his DHL in liturgy in 2001. Rabbi Levin is the Founding Rabbi of Congregation Beth Torah in Overland Park, KS, and has been retired since 2014.
Related Topics
Related Posts
Comments
Advertisement