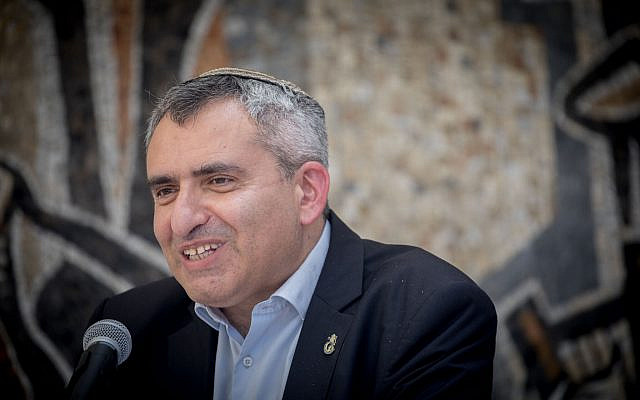 Israel’s achievements during the early phases of the pandemic have lately been offset by the recurrent and far more aggressive round of coronavirus we face today. Most Israelis are barely keeping their heads above water though, inevitably, some are suffering much more than others from a mixture of economic, health and social security woes that must be addressed in a highly unpredictable atmosphere.

The country’s many different groups have distinct, often competing, demands. It’s no easy task to navigate the specific needs of divergent groups under these extraordinary circumstances, but that is what governments are made for. And in this test of leadership, the present coalition is so far failing miserably. Unpredictability reigns, constant haggling foments even more uncertainty, and instead of mobilization around a common sense of purpose, fragmentation and alienation are on the rise.

The mishandling of the present phase of the pandemic is everywhere apparent. Institutions of higher education are a notable example. Israel has always rightly prided itself on its highly developed university and college system, which has not only recorded extraordinary research achievements, but also consistently educated generations of citizens who have contributed directly to its economic, social and cultural growth.

The autonomy of this network has been safeguarded through two main self-governing institutions: The Council of Higher Education (CHE), which oversees academic policy, and the Policy and Budget Committee (PBC-Vatat), which controls its finances. Despite repeated attempts by successive education ministers to undermine this independence, institutions of higher learning have generally succeeded in setting and implementing their own standards – thus benefiting themselves and Israeli society as a whole. Now these accomplishments are being seriously threatened.

At the beginning of the coronavirus outbreak in March of this year – which coincided with the opening of the second semester – universities and colleges shifted rapidly to online instruction, developing new teaching methods in order to adjust to the circumstances. When the campuses opened up in May, these were often supplemented with opportunities for in-person training and interchange. At the same time, longer term planning was instigated to build on the experience accumulated during the first phase of the crisis.

The current stage of the pandemic is taking place under different political circumstances. For the first time in Israel’s history, a minister of higher education, Zeev Elkin (who is also minister of water resources), was appointed to accommodate the demand for extra portfolios in the incoming coalition. His initial steps in this position indicated that he would make every effort to leave a mark: he announced that he would appoint a professor from Ariel University, heretofore not part of the CHE, to the PBC, replacing a representative from one of the veteran universities.

But nothing prepared the system for his initiative of last week. Without any prior consultation with the heads of these institutions, he (together with Minister of Health Yuli Edelstein) raised a proposal to cancel all testing on campus unless explicit permission is granted by the CHE and to move to online examinations. He explained that his decision was in response to the spike in coronavirus cases and requests from “hundreds of students.” The government passed a decree in this spirit a week ago and it went into effect, despite strong opposition from the universities, yesterday.

The hesitations voiced by the universities rest on their poor experience with a similar move during the lockdown. Unfortunately, during the second (online) round of examinations in March there was evidence of widespread cheating, with the average scores well above-the multi-year average in previous years. Instructions were issued to shift final assignments to papers or open-book examinations, to re-write tests to be conducted via the internet, and still – given the health hazards – to minimize as much as possible the need for in-person examinations without undermining academic standards. The Hebrew University, for one, succeeded in adjusting final course requirements in all but 13% of courses, leaving only 42% of these for in-person examinations. Even these, however, were cancelled by the order.

Efforts to convince the minister of higher education to change his ruling failed. A sub-committee composed of representatives of the CHE, university presidents and the student unions agreed on a course of action last week, which took into account the differences between various disciplines, fields of learning and training requirements. But at the last moment, Elkin canceled the meeting, scheduled for last Thursday, of the full CHE to approve this compromise.

Institutions of higher education, concerned like everybody else with the surge in the coronavirus, are now abiding by the government order (although curiously the Ministry of Higher Education and the Ministry of Health have now allowed campuses to be used by thousands of candidates about to take the psychometric examinations in the same halls that have been deemed unsuitable for university tests). They have, however, issued some instructions regarding grading. In most instances, they will check all online tests with appropriate programs designed to detect breaches in integrity (these are available, although they are time-consuming); in some cases, they will compare marks with previous averages and where deviations are beyond reasonable, they may resort to giving either a pass or fail without a numerical grade. They have also decided to allow students to retake courses next year if they are displeased with their results.

This saga is not over. The way the exam issue is being mishandled is, however, indicative of the overall ineptness that permeates government decision-making. In the specific case of what is taking place in colleges and universities, nobody is satisfied. The students are unhappy with how they are being evaluated and effects on their future prospects (those who need special assistance or lack the electronic means to work entirely online are being further marginalized). Drop-out rates are already rising. The faculty and staff are, at best, frustrated: most cannot fulfill their teaching duties satisfactorily and for many their research has suffered. The administrators are unable to maintain exacting standards, let alone plan ahead.

Instead of doubling efforts to find a workable balance that would enable institutions of higher education to establish a new normal, the government is falling back on regulation. This actually multiplies anxieties and increases tensions. This policy is further exacerbated by the introduction of extraneous factors: the political clout of 300,000 students, the insistence by a new minister that he knows best. This does not serve the interests of the production and dissemination of knowledge: the main brief of universities and colleges.

What is taking place in higher education is symptomatic of failures in other areas as well, where – unlike in the case of university examinations – financial outlays play a major role. The preference for regulation over careful planning in conditions of uncertainty enhances fears and invokes rising anger. That’s a recipe for political instability. Constant shifts in directives and ongoing capitulation to powerful interests are hardly a replacement for transparency and accountability. Resort to decrees and electronic monitoring do not induce cooperation. And without continuous dialogue, the distance between decision-makers and the public cannot but grow.

Some countries – including those most hard-hit at the beginning of the COVID-19 pandemic – are emerging from the crisis and reopening; others, like Israel, are exposed to increased risks on a variety of fronts. These differential outcomes are an outgrowth not of climate, demography or economic prowess, but of the way they have handled the challenges they face. The most successful cases – as academic research has highlighted in recent months – are linked to the ability to muster state resources efficaciously, to construct social confidence and, without a doubt, to develop consultative leadership capacities. Israel has to learn these lessons quickly if it hopes to avert a complete catastrophe.