Bruno Zevi died on January 9, 2000. At the time, I was living in Tel Aviv. Some of the Israeli architects that studied in Italy and many Technion graduates knew of him well. In February, together with another architect, Tzvika Pfeffer, Ruth and I went to meet the director of Tel Aviv’s Institute of Culture to see if the Institute would sponsor a Zevi memorial for about forty people. “Forty people for a Zevi memorial? You must be kidding. We need Tel Aviv’s Performing Arts Center,” she said. Then she added, “who should be on the panel?” The first thought was then-top Israeli architects, such as Yaakov Rechter and Ram Karmi. I said, half-jokingly, “How about Frank Gehry?” “That would be great, but how do we get him?” she said.

To make a long story short: on May 28, 2000, in the morning, a memorial to Bruno Zevi titled “Entirely Architecture” was presented by a panel that included Frank Gehry, Hans Hollein, Ron Arad, Ram Karmi, Amos Gitai, Zvi Hecker, Yaakov Rechter and Francesco del Co. The Performing Arts Center’s 1,500 seats were sold out, and many people had to watch the presentation in the lobby through short-circuit television monitors.

Twenty-two years have gone by. Few architects of the new generation know about Zevi’s importance in the evolution of architecture since WWII. Today major scientific, technological, demographic, and political transformations are occurring around the world. Israel is, in many ways, a microcosmos of the planet. Climate change has already reached a point where the question is not if but how we will cope.

Professor Bruno Zevi, an architect, historian, critic of architecture, writer, publisher, and politician, continues to be a source of inspiration for the invention of the future. He was a stunt fighter against fascism. As a Jew whose family lived in Rome for many centuries, he knew the dangers of antisemitism directly. His connection to Israel was not only through Zionism; his father and sister made Aliyah after the war and lived in Hod Hasharon. As a figure of world prominence, when in Israel, he had meetings with Prime Ministers Golda Meir and Yitzhak Rabin, Jerusalem’s Mayor Teddy Kollek, and many other Israeli political figures. 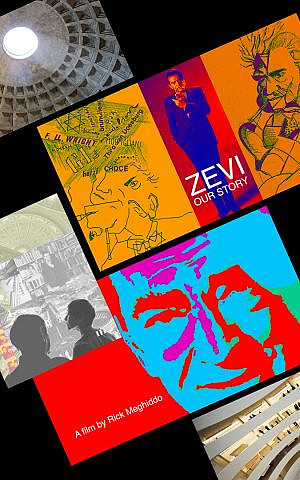 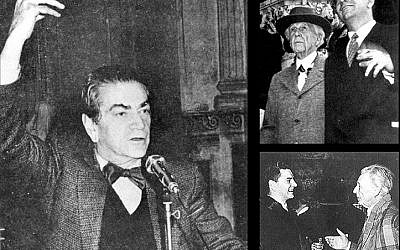 Zevi and Wright. Collage by Rick Meghiddo. Source: courtesy of the Zevi Foundation.

The documentary that leads this blog gives the audience a visualization of how a charismatic intellectual influenced his generation’s best architects and thinkers. Besides his knowledge of history, Zevi’s primary source of inspiration was Frank Lloyd Wright, the greatest thinker-architect of at least the last five hundred years.

Zevi was one of the few critics of architecture that Wright respected. Still, there were many others in Europe, the United States, and Latin America. Also, politicians listened to him, even those who disagreed with him. His capacity to communicate ideas and inject enthusiasm into architects of all ages – and not only to architects – was unique. At the base of his exuberance was a passion for questioning “assumed truths.” He brought to the surface what was meaningful about a particular place, time, culture, and architecture. He believed that culture and politics should be intimately related, with culture leading politics and not the other way around.

While supporting the positive aspects of the 20th Century’s Rationalist architecture – the Bauhaus’ architects, Le Corbusier, and followers – he acknowledged its limits. He knew that Frank Lloyd Wright’s principles of Organic Architecture were long-lasting because they were based on nature and history’s essentials.

Zevi’s ideas, like Wright, must be read. You can’t read over thirty books by Zevi lying on a couch. They must be studied. Similarly, the monthly magazine he published for fifty years, L’Architettura was filled with content on projects of relevance.

Our relationship with Zevi spanned over thirty years. To tell the many stories surrounding our bond through letters and one-to-one discussions would take many pages. Still, a few paragraphs can give an idea.

As a teacher, Zevi demanded to visit at least once all the important architectural monuments in Rome and many other across Italy. That meant intense traveling, photographing, writing notes, and drawing.

In 1971, when we made our “Wright pilgrimage” across twenty-five states, Zevi introduced us to Edgar Kaufmann Jr., then the director of the Industrial Design Department at MOMA, who facilitated for us exclusive access to Fallingwater. 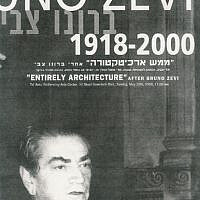 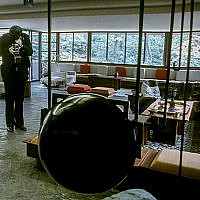 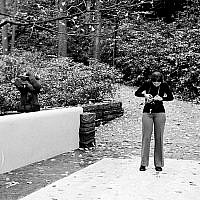 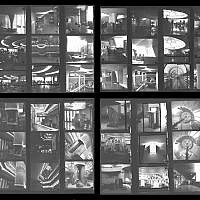 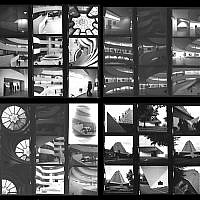 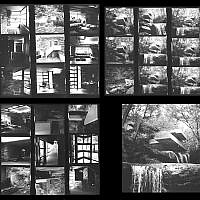 In 1975 we won the first prize in a conceptual design competition on high density in Israel. He wrote about our project in an article published in L’Espresso magazine. When we finished our first tiny apartment in Tel Aviv, he climbed ten floors – the elevators were not functioning – to visit us. He asked me to send him photographs of it and a project for a memorial in Golan Heights, which we had not won. Over the years, he published several of our projects: our house in Westwood, which was the first on record to have had solar panels and a vegetable garden, and our Senior Housing project n Jaffa.

We met Zevi for the last time in 1998 when returning from a three-week workshop in Palermo between Italian, Israeli, and Palestinian architects. The news of his passing in January of 2000 reached us in Los Angeles while on a short visit at the turn of the millennium. When we returned to Tel Aviv, I wrote “Pronto Professore.” The poem was later on read at the Italian Cultural Institute in Los Angeles by poet-actor Jack Grapes.

Present-day Israel’s architects, planners, and politicians need help from many of Zevi’s ideas more than ever. There is a huge gap between supply and demand in housing, and the world turmoil provoked by Putin’s war makes Israel a more important place for the Jewish Diaspora, despite Israel’s tribal subdivisions.

About the Author
Rick / Reuven Meghiddo is an architect and a filmmaker of architecture documentaries. His mission is to make the public aware of the importance and value of architectural design. To date, he has produced over one-hundred architecture documentaries. Many can be seen on www.archidocu.com and www.architectureawareness.com. In 2022 he was an Award Winner of film festivals in Sidney and in Dubai. As an architect, he practiced in Israel, California, and Italy. Born in Argentina, Rick studied at the Technion and married Ruth Meghiddo, an architect in Jerusalem. He has a Master of Architecture from UCLA and a Dottore in Architettura from the University of Rome. He is an LEED Accredited Professional and is licensed as an Architect and as a Real Estate Broker in California. He is also an accredited journalist.
Related Topics
Related Posts
Rick Meghiddo