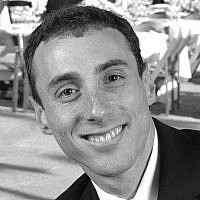 The Blogs
Uriel Heilman
Apply for a Blog
Please note that the posts on The Blogs are contributed by third parties. The opinions, facts and any media content in them are presented solely by the authors, and neither The Times of Israel nor its partners assume any responsibility for them. Please contact us in case of abuse. In case of abuse,
Report this post. 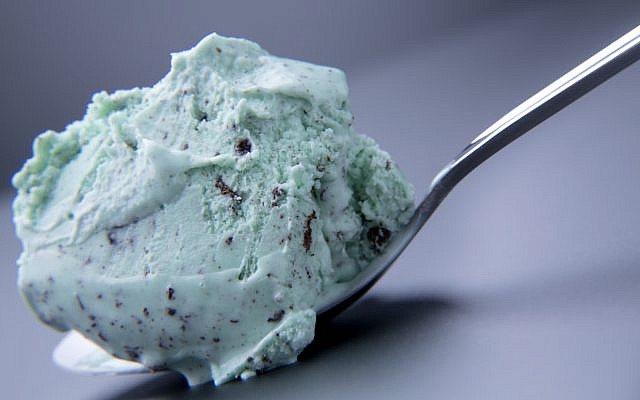 Last summer, my family and I relocated from New York to Israel, which just so happens to be a pretty hot country with an affinity for minty beverages. Tea with spearmint is a Middle Eastern staple, and “limonana” — lemonade with minced spearmint — is ubiquitous in Israeli cafés.

But when it comes to ice cream, there’s no hint of mint. I used to get hopeful whenever I’d spot green in the supermarket ice cream case, but it always turned out to be pistachio.

At first, I just did without my favorite ice cream. But then COVID-19 shut down the world, and obtaining mint chocolate chip turned into my pandemic obsession.

When I spent some time in Israel as a child, in the 1980s, American ice cream was impossible to find, and Israeli ice cream brands were notoriously third-rate — ironic for a country with an arid, desert climate that generally has terrific food. Since then, Ben & Jerry’s has established a dominant position in the country, but without mint. Instead, I find pint after pint of Strawberry Cheesecake, Chubby Hubby, and Israel’s favorite: Cookies & Cream.

While Israel has all sorts of boutique gelaterias with Italian-style ice cream that’s very good, when I ask for mint I typically get quizzical looks.

Almost always the answer is no. Every once in a while I’ll get lucky and the gelateria will have some, though rarely with chocolate chips. That’s fine, I can add them myself. But the cost of a gelateria habit is prohibitive. While decent mint chip might cost $4 at an American supermarket, it runs nearly $40 at an Israeli gelateria.

After months of withdrawal, I finally resolved to make my own mint chip ice cream, despite having no previous experience, interest, or need to ever undertake such an endeavor. Buying an ice cream machine was out of the question — it costs quadruple the price of a machine in America and we just don’t have room for it in our Israeli kitchen — so I resolved to do it by hand.

While a quick internet search yielded an abundance of ice cream recipes that don’t require a machine, nearly all called for two ingredients that are very difficult to find in Israel: mint extract and sweetened condensed milk.

I really would have to do this from scratch. I scoured recipes online, watched YouTube cooking videos, and consulted with kitchen-capable friends. I purchased heavy cream. I bought, planted, and cultivated a mint plant in my backyard (yes, really). I learned that milk and sugar are all you need to make sweetened condensed milk (simmer for about 30 minutes).

During this whole process, I studiously ignored the sideways looks my wife was casting in my direction and my children’s fading interest. I tried not to think about how much time I was investing, and how it might be more cost-effective to just cough up the 40 bucks every so often.

But my quest wasn’t just about ice cream. Clearly, there was a psychological element to my infatuation, which became about asserting some control at a time when COVID-19 had thrown the entire world into deep uncertainty and severely restricted life in ways we couldn’t control.

Before the pandemic, I joked to my wife about how much mint chip I’d eat on a planned work trip to the States in March. But with the health hazards of spending 11 hours in an airplane cabin suddenly an unacceptable risk, the trip was cancelled.

To make matters worse, Amazon Prime halted its short-lived delivery service to Israel, leaving us at the mercy of the Israeli consumer market’s poor-quality goods, limited variety, and high prices.

I felt cut off from America as never before.

Like those who have been baking their own bread or planting vegetable gardens, making mint chip ice cream was my way of trying to achieve self-sufficiency, of overcoming the impassable 6,000 miles between Israel and New York, of defeating the constraints the virus has imposed on our lives.

After many attempts, different recipes, and strategies, I finally achieved minty success. I learned to steep the mint leaves in the simmering milk. I cut out butter from the condensed milk recipe, eliminating an unpleasant filminess to the texture. I procured peppermint extract.

Now when I produce my creamy, minty dessert, my kids get excited. I’ve also begun fielding inquiries from American expats wanting a taste, or a pint. With this enthusiasm, who knows? Maybe I’ll package start packaging and selling my concoctions.

At the going rate for ice cream in Israel, I could make a mint.

About the Author
Uriel Heilman is the Director of Business Development at 70 Faces Media. An award-winning journalist, he has served as JTA’s managing editor, news editor, and has worked as a reporter for a variety of publications in the United States and in Israel. He lives in Israeli with his family.
Related Topics
Related Posts
Comments