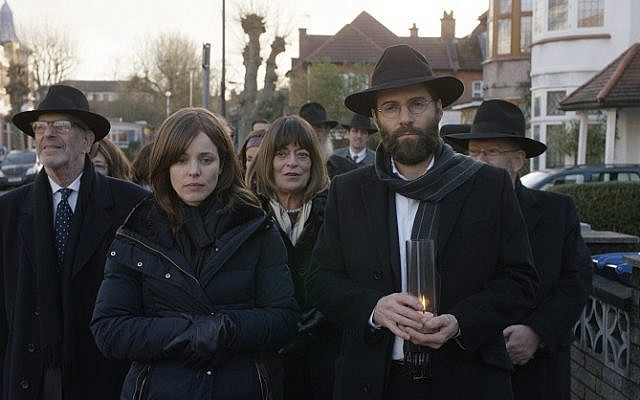 Rachel McAdams as Esti with Alessandro Nivola as her husband, Dovid (Jewish News)

An acquaintance used to hold a senior role in the social services department of the Jerusalem municipality. She couldn’t talk about individual cases, but what she had to say was fairly shocking. Many of us have an idealised view of the Charedi world one of large, supportive families, great Torah scholarship, high ethical standards and great joy in their Judaism. But it turned out that much of the workload of her department was in
the Charedi community.


This was partly owing to economic hardship. The data collected by the Paris-based Organisation for Economic Co-operation and Development, which monitors Western economies, shows that amid the prosperity in Israel, the gap between the better off in society and the poorest is among the highest is this group of nations. The scale of the deprivation at the bottom of society is ascribed to Charedi Jews – some of whom have excluded themselves from the mainstream workforce – and the Bedouin Arabs in the Negev.

But it was not just socio-economic deprivation Jerusalem social services had to deal with. There were a variety of broader societal problems, including the welfare of children from broken marriages; bullied and battered wives and alleged child and sexual abuse. In other words, many of the same problems found in broader society but, because of the community’s closed nature, much more complex to deal with.

Popular culture has of late been trying to get to grip with some of this. The Yiddish language movie Menashe, set in Brooklyn, provided what a Guardian reviewer described as “a humane and unsentimental character study of a man struggling to take care of his son after his wife’s death”. The film, directed by Joshua Z Weinstein, focuses on the life of a schlimazel, an unlucky man, who wants to look after his child after the death of his spouse. But Charedi tradition dictates that he cannot care for the child on his own and the child is forced to live with family members until he remarries. The struggle to retain the bond with his son is painful to watch.

Similarly, we learn of the social dysfunction and narrow minded attitudes of strictly-Orthodox north London Jewry in Disobedience (based on the Naomi Alderman novel), which examines a forbidden lesbian relationship.

What is striking about the well-reviewed film starring Rachel Weisz are the unsparing attitudes of neighbours and friends and the willingness to condemn and exclude on the basis of hearsay.

The latest contribution to this genre is Israeli series Shtisel, now showing on Netflix with English subtitles. We are treated to the colourful street scenes of devout men in long black coats, streimels and beautifully-tended side locks and the camaraderie of Torah study. But beneath the surface of the Jerusalem Orthodox community, we are exposed to a Charedi Coronation Street.

The mother of five who has to work as the cleaner for an uptight secular Jewess because her husband, while on duty as meat supervisor in Argentina, runs off with a non-Jewish woman. The rabbinical son who falls in love with an older Orthodox women, but is encouraged to become engaged to the spoiled, weeping daughter from
a good family.

There is also a rabbinical widower buying his kosher pot noodles and wholly inept at wooing one of his colleagues. There is an outcast single brother-in-law selling lottery tickets.

And the rabbi who cheers the death of an elderly and venerated colleague because it creates a possible job opening for the son who would rather be an artist… and so it goes on.

All of these cultural expeditions are sensitively produced and authentic. But the combined effect is to undermine confidence in the value systems, the ethics and the practices of what in Israel, the UK and the United States is the fastest growing brands of Judaism. There is so much to admire in Charedi devotion to study, Torah and to family life. But the weak social and economic underpinnings provide a real challenge for community leaders, wherever they may be.