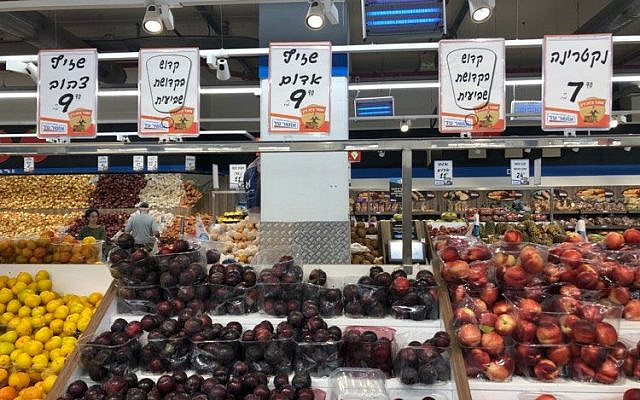 After Moshe conquered the mighty kings, Sichon and Og whose lands were given to B’nai Yisrael, Moshe hoped that God would change His mind and permit him to enter the Land (Dvarim 3:23-25):

I pleaded to God at that time, saying: “HaShem, Elokim, You have begun to show your servant Your greatness and Your powerful hand, that there is no power in heaven or on earth that can perform Your deeds and Your acts of power. Please, allow me to cross over and see the good land that is across the Jordan, this good mountain and the Levanon.”

In the Talmud, Sotah 14a, Rabbi Simlai asks: Why did Moshe Rabeinu desire to enter the Land of Israel? Did he need to eat of its fruit or did he need to satiate himself with its bounty? Certainly not! Rather, this is what Moshe said to himself “There are many mitzvot that the Jewish people have been commanded that cannot be fulfilled except in the Land of Israel. I will enter the Land so that all of the mitzvot will be fulfilled through me.”

There is even a spiritual value in eating the fruits of the Land of Israel, as the Bach comments on Orach Chayim 208: In the Bracha Achrona (the short three faceted blessing that we recite after eating) we say “to eat of its fruit and to be satisfied with its goodness” since when we eat of the fruits of the Land of Israel we are fed by the holiness of the Shechina (Divine Presence).

The Bach explains that the holiness of the Land of Israel is influenced by the holiness from above and it is as if the fruits are nursed by the Divine Presence that resides there.

We are fortunate to be observing the Shmita (Sabbatical) year this year in the Land of Israel. During Shmita, we are even more aware of the holiness of the fruits grown in the Land and how they should be treated respectfully.

May we all merit to eat fruit with Kedushat Shviit (Shmita Sanctity) in the Modern State of Israel.