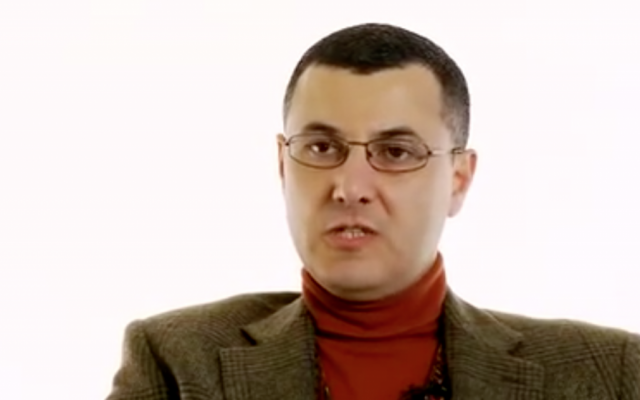 Omar Barghouti finally made it to the UK for a visit at the end of January after visa issues meant he could not attend the Labour Party Conference last year, so missed what now turns out to have been Jeremy Corbyn’s swansong.

Barghouti is a star of the international anti-Israel left.

He co-founded the BDS (Boycott, Divestment and Sanctions) movement and is a founding committee member of the Palestinian Campaign for the Academic and Cultural Boycott of Israel.

Barghouti doesn’t try to hide his objective. He says Israel shouldn’t exist, that he wants the Jewish state to disappear. In his own words: “Definitely, most definitely we oppose a Jewish state in any part of Palestine. No Palestinian… will ever accept a Jewish state in Palestine.” He has also said “I do not buy into the two state solution. … it was never a moral solution” and “a return for refugees would end Israel’s existence as a Jewish state. The right of return is a basic right that cannot be given away; it’s inalienable”. He is also against a binational state as this would “imply accepting their [Jews’] right to self-determination”.

Barghouti also makes crank comparisons of Israeli behaviour to the Nazis: “Many of the methods of collective and individual “punishment” [in] the occupied Palestinian territories are reminiscent of common Nazi practices against the Jews.”

His stances are a disgrace. They cause huge offence to Jews here in the UK, let alone in Israel, by denying their peoplehood and right to self-determination, and comparing the actions of a country they feel an affinity with to those of the Nazis who attempted to exterminate the Jewish people.

So why did the Palestine Solidarity Campaign (PSC) invite someone who repeatedly makes prima facie antisemitic statements to be the keynote speaker at their AGM on Saturday 25 January and greet him with a standing ovation?

Why did Brian Eno host a gathering for him the next day with musicians and singers?

Why did the PSC and KCL Action Palestine society bring him onto the King’s campus to speak, surreally, as part of a panel on “Forming an anti-racism front”?

Why is a person with these repugnant views being lauded by the PSC and artists like Eno? Why can’t all UK advocates for the Palestinians promote peace instead of displaying hateful attitudes? Many do manage to make the Palestinian case without antisemitic tropes or hatred for Israel, its time the PSC learned how to this, and took a lot more care about which voices it promotes.