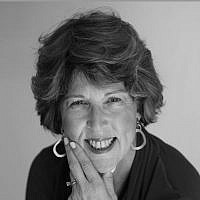 The Blogs
Paulette Woolf
Apply for a Blog
Please note that the posts on The Blogs are contributed by third parties. The opinions, facts and any media content in them are presented solely by the authors, and neither The Times of Israel nor its partners assume any responsibility for them. Please contact us in case of abuse. In case of abuse,
Report this post. 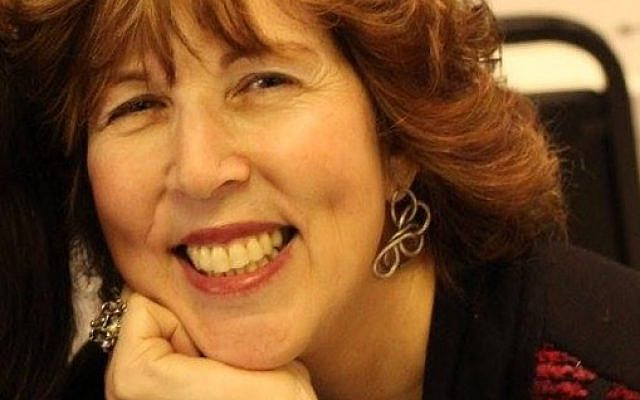 It seems kind of silly to be talking about how difficult change is when we’re in the midst of one of the most significant changes most of us have experienced in our lifetimes.  As a driver of change in one of the largest global bureaucracies (otherwise known as the United Nations), I used to joke that a major change was replacing the industrial white walls with an off-white color.

But Covid-19 is no laughing matter.  Every country, every strata of society, regardless of religion, age, or political affiliations, has been ravaged by this plague.  Social media debates as to which has been worse, the death toll or the economic devastation.  I’m not an authority on these issues so I won’t weigh in on the discussion.

Some form of structured change management methodology has been around since 1996 when John Kotter, father of modern change management theory, published his book Leading Change.  Sure, many of the tools and techniques have been updated and refined, but the basic principles, I believe, remain the same.

You may be wondering, if I’m going to concentrate on change management, why I began this article by dwelling on the effects of coronavirus. I did it in order to drive home the point that change is hugely difficult for people.  It’s one thing to want to make changes in order to improve your mental or physical health, or in the context of business, to enhance your overall productivity and efficiency, and there are often very convincing reasons to do so.  However, most of you would probably agree that when dealing with matters of life and death, a person’s incentive to comply with the requested change would be pretty high.  It’s just common sense.

Or is it?  The media continuously publicizes stories of communities where a large segment of the population refuses to wear masks or to practice social distancing.  Even communities where infection rates are dangerously high.  You might ask, if the threat of death isn’t enough to get society to change its behavior, what will? It’s a good question, but in relation to change management, it’s not the right question.

The real question is why aren’t people terrified by potentially dire consequences that they see becoming a reality on a daily basis?  The answer lies in one of the basic tenets of change management, which is “Certainty Now beats Uncertainty Later.”

What do I mean by that?  Let me explain through the following example.  You hop into a taxi and tell the driver that you’re in a rush and if he gets you to your destination in ten minutes (normally it would take fifteen) you’ll give him an extra $20.  What’s the certainty?  That if he speeds and arrives earlier than normal, he’ll make more money.  What is the uncertainty?  Well, he could get a speeding ticket or suffer worse outcomes, such as a car accident in which someone gets hurt or worse. Even if nobody is injured, the accident could cause damage to one or both vehicles.

But here’s the key,  most people will think, “this won’t happen to me.” It’s why they can watch anti-smoking ad campaigns and continue to puff away.  “Other people may get cancer but I won’t, and even if I do, I’m sure it would happen way, way, in the future.  The cigarette I’m smoking, though, gives me immediate satisfaction.” Certainty now beats uncertainty later.  It’s an important concept that helps change managers to understand what motivates people to behave as they do.

Once you understand this concept, you understand how, in the face of one of the most vicious epidemics the world has suffered in recent history, the average person continues to take risks. You are no doubt surprised, as I was over twenty years ago, when I began implementing organizational change projects at the United Nations.  Over the years, I’ve performed these consultancies for the UN’s diverse global operations including for Peacekeeping, Human Rights, Economic Commissions and General Assembly Affairs, to name a few.

What I discovered is that the methodology which I applied, whose effectiveness has been consistently proven by experts in the field, works successfully across all cultures and professional disciplines.  At the end of the day, people share the same desires, needs, interests, and priorities. So, no I haven’t been surprised that when society urges change, individuals revert to their familiar, comfortable, albeit risky, habits.

So, the next time someone tells you that change is difficult, nod your head sagely and tell them, “I know.”

About the Author
Paulette Woolf made Aliyah to Netanya.with her husband David in 2016. She is an independent consultant in organizational change management and President of Woolf Strategies.
Related Topics
Related Posts
Comments