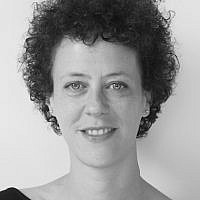 The Blogs
Miriam Dagan
Apply for a Blog
Advertisement
Please note that the posts on The Blogs are contributed by third parties. The opinions, facts and any media content in them are presented solely by the authors, and neither The Times of Israel nor its partners assume any responsibility for them. Please contact us in case of abuse. In case of abuse,
Report this post. 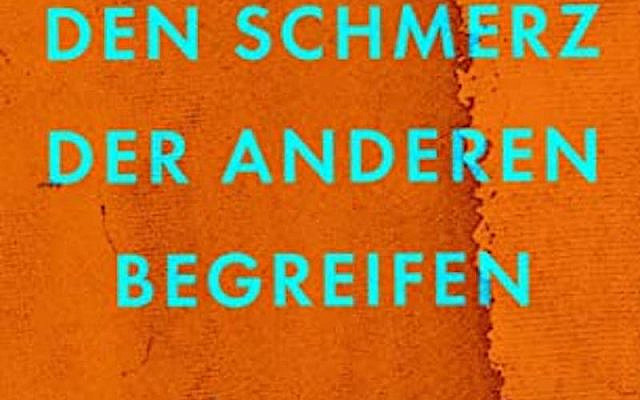 Early this month, the Goethe-Institut, Germany’s official cultural representation abroad, announced a Tel Aviv event dedicated to “Grasping the Pain of the Others – Panel Discussion on the Holocaust, Nakba and German Remembrance Culture.” It was to take place on Nov. 9, the anniversary of Kristallnacht. After a wave of criticism, including from the Israeli Foreign Ministry, Israel’s ambassador in Berlin, and a handful of German politicians and public figures, the Goethe Institute postponed the event to Nov. 13 – a delay rather than a cancellation.

In a later statement on its website, Goethe-Institut Israel announced that the talk had now been indefinitely postponed “Since we are expecting disruptions to the event [and] we cannot guarantee a safe implementation of the panel discussion at this point.”

While no details are given about the type of threats at hand (in fact, the Zionist organization Im Tirtzu had planned to protest at the event), it’s quite clear where the Goethe-Institut lays the blame: “The public discourse that has developed in Germany and Israel in the run-up to the event has made it impossible to carry out the event appropriately.” The state-run Goethe-Institut, one of Germany’s most important cultural institutions, has neither acknowledged the public discourse as helpful and productive nor taken on the substantive point the critics were making: Naming the Nakba and the Holocaust in one breath wrongly suggests they are comparable events.

It’s not just a shocking exception. This summer, the German Documenta, one of the world’s most important art shows – also publicly funded – was run by an Indonesian curators’ collective that included BDS supporters and presented at least one blatantly antisemitic artwork. Despite ongoing attempts to help them make it right, its organizers proved incapable of issuing a clear apology, taking responsibility, and engaging in a productive debate about what had transpired.

The state-funded House of World Cultures in Berlin is now run by a director who wrote this Facebook post: “They will pay a million fold for every drop of blood in GAZA! Palestine shall be free!” and a Palestinian activist, speaking to an applauding audience at a House of World Cultures event this past June, referred to debates about the Holocaust as “Jewish psychodrama.” Again, these are institutions funded by the German state.

Frequently, such events are framed in terms of postcolonial perspectives on the assumption that Israel is a colonial project that has violated an indigenous people’s rights without even questioning whether that assumption applies (it doesn’t, but it’s obviously a topic that needs to be discussed). Yet that still doesn’t really explain the strange urge to mix in Palestinian narratives when the topic is the Holocaust or Holocaust remembrance. What does the German culture of remembrance, or “Erinnerungskultur” – a broad term that refers to the nation’s historical consciousness or, simply put, to those parts of its history that German society deems worthy of remembering and that is widely used to refer to the Third Reich – have to do with the Nakba, one may ask?

Many Germans think that the State of Israel defines itself as the answer to the Holocaust – that the Shoah is basically its raison d’etre. This incorrect and specifically German take on Israel courses daily through the media, statements by public figures, and cultural events. And that very deeply-rooted German view of Israel comes with an underlying sense of guilt and responsibility towards the Palestinians as victimized by Israel’s status as a reparation for Germany’s crimes. The title of the indefinitely postponed Goethe-Institut event suggests this, too, because it includes the Nakba in the German culture of remembrance.

It would be productive and enlightening to launch a discussion about whether the German culture of remembrance has anything to do with the Nakba at all – to start at the root, so to speak, and to shed some light on the assumptions guiding those who think it does. Why do decision-makers in German cultural institutions think it makes sense to discuss the Nakba together with the Holocaust rather than, say, within the obvious historical context of the war that Arab states waged on the Jewish state after it became independent – also a source of pain from an Israeli perspective? Has the German culture of remembrance taken on the tragedy of the Palestinians to relieve its very own heavy load? Hopefully, after all the scandals of these past months and years, these are some of the questions that will be debated at cultural institutions in Germany in the future.

About the Author
Miriam Dagan is a TV journalist and writer based in Israel.
Related Topics
Related Posts