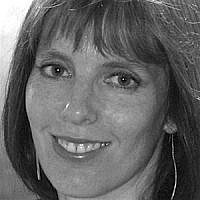 Why Jews Belong in Israel

It is manifestly right that the scattered Jews should have a national center and a national home and be reunited, and where else but in Palestine, with which for 3,000 years they have been intimately and profoundly associated? – Winston Churchill, 1921

I live in a town where there aren’t many Jews. My synagogue has about 120 families and draws members from at least four other cities. So when I told people I was going to Israel, the reaction I got was not always positive. Sometimes, it was even negative, with people asking if I thought Israel had the right to settle on Palestinian land. Obviously, I’m biased, and said that I absolutely believe in Israel, but I struggled to defend my position, as I couldn’t produce enough evidence.

Today, as we wound our way down a bumpy road (that left me clutching my nauseous stomach), south to Masada and the Dead Sea, Ken Spiro, an historian and a rabbi, convinced me Jews belong in Israel. Here are four undeniable facts:

One. Remains of a Byzantine synagogue, with a mosaic floor, were found in the Judean desert (a fragment of a mosaic, from the same period, was found in a synagogue in Gaza). The Byzantine Empire refers to the Roman Empire from 330 to 1453, more than three thousand years ago, which is why Ken Spiro refers to Jews as an “indigenous population.” The Merriam-Webster dictionary defines indigenous as, “produced, living, or existing naturally in a particular region or environment.” In Canada, it is universally acknowledged that Europeans settled on land owned by indigenous people, and we have been trying to make amends for years.

Two. Masada. It’s a UNESCO World Heritage site. Ken Spiro showed the exact spot where Jewish zealots committed suicide, a day before the Romans arrived in 73 CE. We also saw the remains of a synagogue that predates the destruction of the Temple in 70 CE.

Three. The United Nations declared Israel to be an independent state in 1948. It is the only Jewish state and the only place in the world where Jews are a religious majority, with six million, out of a total ten million people. Smaller than New Jersey, Ken says it is “a matchbox in a football field and to get peace, the football field wants half the matchbox.”

Four. This final fact comes from UN Resolution 242, in 1967, when Israel gained control of the West Bank area during a battle with Palestine. Based on the Hague Conventions, Israel was compelled to manage this area until Arab countries were willing to negotiate new borders. This means Palestine would have to accept Israel as a Jewish state, which hasn’t happened.

I snapped photos from the top of Masada, of the vast Judean desert, and listened closely as Ken recounted the dramatic events that took place centuries ago, and I could see history unfold in my mind. There will always be people who disagree, but you can’t dispute artifacts or ruins, and it’s pretty hard to challenge the Hague Conventions.

About the Author
Shelly Sanders is the Canadian author of the award winning Rachel Trilogy (Second Story Press), inspired by her grandmother's escape from a Russian pogrom. She is a Jewish Book Council Author, and has toured Canada and the U.S. with her books. Shelly was also a journalist for 20 years, with articles in the Toronto Star, Maclean's magazine, Canadian Living, and Reader's Digest. She is represented by Amy Tipton, Signature Lit, and is currently working on a novel about Rumbula, where some of her ancestors were killed.
Related Topics
Related Posts
Shelly Sanders
Comments