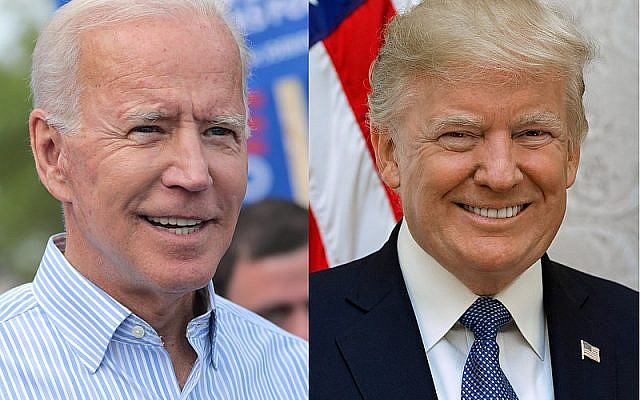 I’ve known that name, Donald Trump, all my life; the face, the character, the man, the mythos. I knew him from magazines and television, et al. In 2016, when he was running in the Republican primaries, exposing a panache for demagoguery like the ancient Sophists, I predicted that he would be good for Israel. I had a hunch that he would do things like: move the American embassy from Tel Aviv to Jerusalem; observe Israeli sovereignty on the Golan Heights; hold the Palestinians liable for their economy of terrorism, and squandered financial aid; pulling out of the non-starter JCPOA (Joint Comprehensive Plan of Action), which awarded hundreds of millions of dollars to the Islamic Republic to spend on anti-Zionist proxy militias and which, like the PA (Palestinian Authority), does not trickle down to the needy civilians; and representing the United States in three unprecedented trilateral agreements that will bring peace and unity between Israel and a growing list of Islamic nations. I saw all this coming when he was on the debate stage. I believed in him, I got behind him; and lo and behold, he not only won the election, but all these wishes for the Jewish state came true. Furthermore, I was moved by Trump’s eldest daughter’s conversion to my religion, and that her husband was an (somewhat or one-time) observant Jew, descending from Holocaust survivors.

The early months of the Trump presidency rocked America. At first, the Dow and the NASDAQ were reaching all-time highs every day, it seemed, and unemployment was at an all-time low, (or so the media reported). For the first time, we were in an open dialogue with North Korea. Even if the president demonized all Mexican and central American migrants; stressed a ‘socialism for the rich/capitalism for the poor’ ethos; ignored racially-influenced police brutality; used dirty words on live television; and threatened people openly on Twitter, the headlines couldn’t deny the ‘Trump Bump’ in the economy.

But I have come to the conclusion that while Trump—and, thanks just as much to Orthodox and Zionist Jews, as Evangelical Christianity in the States—has been a heaven-send for Israel, he was actually dangerous for American Jews and it’s time for him to sit out; even despite the dangers to the Middle East that a Joe Biden presidency will pose.

I didn’t vote for Donald Trump in the 2020 election. But nor did I vote for Joe Biden. What pro-Trump Jews—and that’s probably most Orthodox Jews in America and Israel—don’t want to see (because of the elation over the Kushner clan being who and what they are, and the veritable gifts of Trump to the Jewish state and post-Zionist policy), is that never in the history of the U.S., has the societal climate been so hazardous for Jewish people. At the Unite the Right rally in Charlottesville, VA, on August 11-12, 2017, they came with torches, chanting: “Jews will not replace us.” In his response to the ensuing riot, which he made on television before the American people, Trump left out this detail. Despite this, on a politically conservative kick, some Jews were still against the removal of confederate statues, which is the issue that started the whole debacle. On October 28, 2017, inside the Etz Chaim—Tree of Life conservative synagogue of Pittsburgh, PA, a white-supremacist shot and killed 11 innocent Jewish people on Shabbat. On another Shabbat, April 17, 2019, inside the Chabad shul in Poway, CA, one was killed and three injured by bullets shot by another white-supremacist. On the East Coast, in 2019, Jews were threatened, maimed, and murdered during the Trump presidency by Black Hebrew Israelites. Leading up to Chanukah, on December 10, in Jersey City, five haredi Jews were killed by a shotgun, fired by a religiously-cum-racially motivated African American. On the last night of Chanukah, (and the third of the twelve days of Christmas) a mere couple of weeks after the Jersey City massacre, a Black man went on a stabbing spree inside of a rabbi’s home in the primarily Chassidic suburb of Monsey, NY, killing one. (The victim, whom I knew of from my social circle, was stabbed through the brain).

I lived through one such attack. It happened on December 9, 2014:

I was supine on a bench in the Chabad Lubavitch headquarters at 770 Eastern Parkway, Crown Heights, Brooklyn, inside the synagogue which is open 24/7. It was late at night and I was trying to catch a nap. I had my long pea-coat covering my head and body like a blanket, shading the large room’s light from my eyelids. All the sudden, a man barged in bearing a large serrated blade and chanting, “Kill Jews.” There was nobody in the shul except me by the door and a group of Israeli bochurs having a Thursday night farbreingin. Even though I was closest to the exit, my first move once I got up, was towards the assailant; I actually took a step towards the huge man to see if I could take him down with the help of some of the others; but I thought to myself, ‘Don’t be a hero!’

The knife-wielding man chased the Israelis, who were knocking over benches and tables to hide behind, and I ran for the exit, through the lobby, outside and to the NYPD Mobile Command Unit, where I slammed on the door for maybe twenty seconds, until finally the cop opened up.

“There’s someone in there…he’s got a knife…he’s trying to kill us!” I breathlessly petitioned the officer, who immediately took out a pistol and followed me cautiously back inside 770.

There was a young Israeli Torah student laying at the entrance in a puddle of blood. He had been stabbed in the neck. The cop and I left him there and went inside.

“Drop the knife!” barked the officer.

The perp just stood there. This went on for a full 120 seconds or more, until the perp dropped the knife and, only then, received a bullet to the chest. The Israeli boy was not stabbed in the carotid artery, and thankfully survived. The assailant passed away from his wound. I went to the police station–the 71st precinct–to give my statement, and when I returned and the sun had arisen, there was one female representative of Black Lives Matter standing on the stairs at the entrance to 770, protesting the police killing.

In the retrospect of today, I saw both sides. To the assailant, and probably his inner-circle, Jews are money-grubbing, power-hungry villains; demons who need to be destroyed. They are responsible for the very institutions of rape, genocide and especially slavery; these as well as other dangerously anti-Semitic canards. But he only had a knife, he only maimed one Jewish victim. He could have been tasered by the cop, forced to drop the knife, then pinned and arrested. He could have been shot in the kneecap, causing him to collapse, so that he can be disarmed and detained.

These attacks happened more frequently and were more severe than ever during the Trump years. We must realize that. Hate to admit it, but these attacks hardly happened in my neighborhood under the Obama administration (save the aforesaid incident in Crown Heights). Trump stoked anger with his antagonistic and, at times, bigoted rhetoric (e.g. “bad hombres”, “grab ’em by the p*@%y”, “the china virus”, “suckers and losers”, his stance on NFL protesting, et cetera); he received hatred in exchange for his own, and they took it out on Jews. That’s what happened that fateful night inside 770. They associated him with us, and so many Jewish people in my neighborhood played right along.

I have reached the conclusion that the Evangelicals of the Senate can and will help fight the anti-Israel powers, the BDS camp, et al., while a liberal in the Oval Office, will bring more peace for and less jealousy of Jewish Americans. If hypothetically Jewish people were the chosen people of President Trump, it only would stoke rage among the anti-Semites of both the left and the right, the white and the Black. As it is, there is a lot of anti-Semitism from all sides because Jews had political power in the White House for four years (in the form of Jared and Ivanka); and they are seen in poverty much less frequently than other minorities or even sometimes the less-endowed white Christian population. And what would you rather have: spilled Jewish blood in American streets in exchange for a small Israeli town dubbed, ‘Ramat Trump’; or Jewish people safe and healthy in the Diaspora, and be back to the drawing board with the Palestinians, this time with representation in Congress—Rep. Rashida Tlaib (D-Mich.)—thereby speeding the cause of a two-state solution along, inching gradually towards peace? I’ll take safety and happiness for Jews in the Diaspora over a silly little embassy, and arms trades with erstwhile terrorists in the Middle East (Sudan, Bahrain, UAE).

A further reason why I didn’t feel safe backing a second-term for President Trump–even though I admit his philo-Semitism is…well, it has been helpful–was because what he seems to amount to, after four years of observation, is a cult-of-personality; and not actually an experienced politician. He uses the rhetoric of insults and gross exaggerations to persuade his base; and his followers, many of them observant Jews, hang on to every word. This creates a groupthink ethos from the unneeded vitriol that escapes the president’s mouth. I don’t know quite what the future holds for Israel, I know that she is strong; but under Biden, things in America will be less-polarized and a little less…bizarre. Say what you want about the elderly Democrat, he is experienced as politicians come.