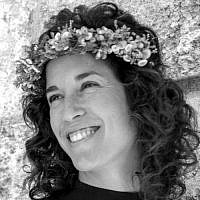 The Blogs
Aviya Kones
Apply for a Blog
Please note that the posts on The Blogs are contributed by third parties. The opinions, facts and any media content in them are presented solely by the authors, and neither The Times of Israel nor its partners assume any responsibility for them. Please contact us in case of abuse. In case of abuse,
Report this post. 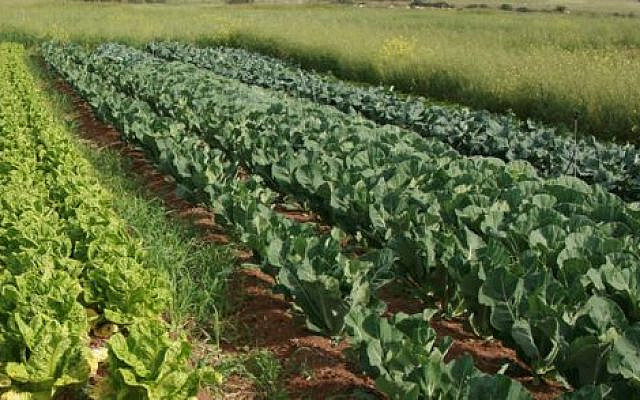 “At least I didn’t run away to the circus.” That’s what I told my parents when I quit my desk job and became the warehouse and quality control manager at Ben’s Organic Farm. Tact and strategic framing have always been important when explaining decisions that seem obvious to me.

The Jewish new year puts so many of us in a reflective state of mind, assessing where we are, what we’re doing, and if we are living our life with purpose. Coronavirus brought this reflection on early for me, as soon as I was put on chalat (unpaid leave). Within 12 hours of the government announcing the special leave program, my work had informed me that I would be on chalat indefinitely and they didn’t seem that upset about it.

With a bitter taste in my mouth I spent my days at home, reading, DIYing and cooking up a storm, but mostly feeling pretty useless.

As more and more friends announced they’d taken up hobbies and gotten around to the tasks that they’d been wanting to do for years, I finally felt the push to do so myself. Some people made bread, others learned a language and I ran off to a farm. I’d been wanting to work on a farm for years and suddenly, I had the time.

Having been born on a kibbutz in the Negev, cultivating the land is not a foregin concept to me.  I feel most comfortable in rural open spaces, with fresh air and room to explore.  Upon moving to Vancouver at 11 years old, I became used to people inquiring about what exactly my kibbutz life was like. Within a year of the family move I had crafted a very true, yet equally surprising response. One of my most vivid memories is of watching my father guide a cow through labor.  I watched the whole thing and it is seared into my mind. That’s what kibbutz life was like for me and it was far from your typical Vancouver childhood. In addition to relishing in the initial shock brought on by this unlikely response, I truly feel that this story captures what it was like being raised on a kibbutz.

My father is not a farmer. My father is an engineer and worked as that during our time on the kibbutz. But as was the way during my idyllic kibbutz days, my father pitched in where he could.  Everyone did.  On the kibbutz I learned to love the land, what can grow from it and how with the help of a close community, it can truly flourish.

Fast forward to last March when I was getting restless. I set out to find a farm where I could volunteer. Having been educated in English from 11 years old and onward, I knew that I would learn the most from an English speaking farmer. Turns out that’s not so simple to find in Israel. Eventually, my search led me to a small farm on Moshav Tirosh run by Ben Rosenberg, a New York native who came to Israel years ago and used his love for Israel to cultivate the land.

I set out to Ben’s Organic Farm to volunteer in the field. Within a day, I knew I loved it there. By day three, Ben had offered me a job. After two weeks, I was gone. I had been requested to return to my desk job and had reluctantly made my way back.

After tasting the good life out on the farm, I was no longer comfortable at work and grew pretty unhappy, always thinking about Ben’s offer to manage his farm.  So I went for it.  I quit my stable job and went to work on Ben’s Organic Farm, and while it was quite a surprise to everyone around me, I am so glad that I took the leap.

While there are no cows on Ben’s Organic Farm (Ben has also helped deliver a calf!), working with Ben reminds me of the community I found on my childhood kibbutz. He loves the land and feels blessed to be farming on it.  While farm to table has been mainstream for a while now, Ben’s been doing it since before it was a catchy tagline. He literally goes out to the field to pick vegetables and then delivers them to homes on that same day.

In a time when we are being encouraged to stay at home and see few people, we rely on small things to remind us that we are a part of a community.  One of the things I admire most about Ben is that over the years he has fostered a small and loyal base of people who he delivers produce to on a weekly basis. It amazes me how Ben can remember all of his customers and when they came into his life.  Just by doing what makes him feel most connected to the land, Ben has built a farm and a community of people that it sustains.

As we welcome the new year, I can’t stop marveling at how lucky I am to have happened upon Ben and his farm.  May we all have a sweet and healthy new year where we do the things that bring us joy and continue to strengthen our community.

About the Author
Aviya Kones is the warehouse and quality control manager at Ben's Organic Farm on Moshav Tirosh and is studying Organic Land Management. Born on a kibbutz in the Negev and raised there until the age of 11, Aviya's love of farm life began at a young age. Aviya spent her high school years in Vancouver and went on to study at the University of Manitoba where she graduated with a degree in Environmental Studies.
Related Topics
Related Posts
Comments