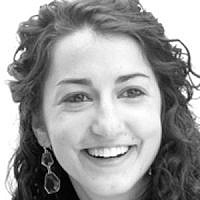 The Blogs
Hadassah Silberstein
Apply for a Blog
Please note that the posts on The Blogs are contributed by third parties. The opinions, facts and any media content in them are presented solely by the authors, and neither The Times of Israel nor its partners assume any responsibility for them. Please contact us in case of abuse. In case of abuse,
Report this post.

My first thorough exposure to in-depth Torah learning occurred when I was around 18-years-old, attending a seminary in Israel. I was excited about gaining a deep understanding of Hasidic thought and embracing the implications of that knowledge. It was indeed an eye-opening experience that exposed me to an enticing world of ideas that had been previously unknown to me.  At the same time, I noticed an implicit understanding among the students that we would remain passive recipients of our teachers’ knowledge, rather than active participants in the learning process. As young women, we felt that by studying Torah in depth, we were invading a foreign territory, and as a consequence, we  should be content to lurk around the edges, silently observing, without conspicuously breaching the invisible borders.

Fast-forward a couple of years and I found echoes of this experience while sitting at a Shabbos meal with a friend’s family. My friend’s father and brothers were animatedly discussing  a concept connected to the parsha among themselves and my curiosity was piqued. I turned to my friend and asked her to fill me in on the beginning of the conversation. She paused for a moment and said that she never really follows their conversations because they tend to use jargon she doesn’t understand. As I listened more closely, I realized that they were debating a philosophical point about which I had recently done some reading. I briefly entertained the possibility of interjecting my own thoughts on the subject, but in that moment, it felt strangely inconceivable. So instead, I relegated myself to the expected role of passive observer of the discussion.

This scene replayed itself in various forms in different communities. I began to reflect on those experiences. I gradually realized that I did not feel disenfranchised, disrespected or even ignored. Instead, I felt frustrated by the inevitable resistance within our communal psyche to embrace the change that the women of the modern age desperately need. The root of the problem lay less with unfair treatment from others and more with a self-perception among women that they were interlopers to the “Beit Midrash” and to the lifestyle it demanded.

The need to change this self-perception became increasingly apparent as I continued to encounter the struggles, doubts, and questions of today’s teenage and adult women. I noticed an underlying sense of estrangement from the source of our tradition — the sacred texts. For some, their unfamiliarity with the evolutionary process of Halacha led them to the conception that modern day Halacha is merely a list of rules a couple of rabbis pulled out of a shtreimel. For others, the lack of expectation for rigorous scholarship and academic mastery within their Torah learning led them to seek intellectual satisfaction elsewhere. For many, the absence of knowledgeable female educators and leaders to look up to led them to believe that, as Jewish women, they could not have intellectual ambitions when it came to Torah. Finally, even those who had immersed themselves in the world of Torah learning felt so anomalous that they began to doubt themselves and their own proficiency.

Over time, a gnawing sense of discomfort turned to agitation. And then, at one Friday night meal with a friend, after a heated discussion about our frustrations about the way women are situated at the periphery of Torah learning, something changed. I hit that critical turning point when I realized that instead of complaining about the problem, I could be a part of the solution. That night, we decided that if we were the ones to see the void, then clearly, it was our mission to fill it.

After Shabbos, we scheduled our first board meeting and began making phone calls to educators and community leaders to ask for advice and support. Rabbi Shlomo Yaffe was one of the first people I called. I could barely finish introducing myself, before Rabbi Yaffe launched into an hour-long monologue, passionately arguing the exact case I had planned to present to him. He concluded the conversation with remarking, “Thank you for calling I am very excited to be part of the last generation of men teaching women.” Those words rang in my ears, filling my heart with idealism and anticipation, as I imagined the metamorphosis that was possible.

Thus began the thrilling journey of building a community that would empower women to both own their Judaism and gain confidence in their familiarity with the world of Torah learning. As our program grew and the excitement for our vision spread, we aimed to shift a self-perception that has been ingrained in a community for generations. We dreamed that eventually, the sight of a traditional, religious woman learning, discussing and teaching Torah with the same expertise as any female physicists today can within the world of science, would be as typical as the sight of a 10-year-old yeshiva boy reciting a mishnah.

I believe this is the image that the Lubavitcher Rebbe painted on the many occasions throughout his leadership that he discussed the issue of women’s Torah learning. During a meeting with the Belzer Rebbe, as well as in a famous talk in 1990,  he dismissed the notion that encouraging women to immerse themselves in advanced study of Halacha, Gemara and Hasidut would in any way detract from a traditional Jewish lifestyle. For the modern Jewish woman, this study would only enrich her Judaism with more life and meaning.

There was a time when Jews did not need knowledge to fuel their Judaism and their piety. In a different world, the simplicity of the masses was enough to maintain the purity of their faith. However, we live in an age when, as Isaiah put it, “knowledge fills the earth as the ocean covers the seabed”. While Isaiah referred to the knowledge of G-d, the pervasiveness of all human knowledge is a prelude to that era. In our time, exposure to all areas of Torah no longer corrupts a Jew’s faith but empowers it. In the recent past, this realization gave rise to the standardized yeshiva education system for boys, as well as the birth of girls’ education. Now, as history develops towards the Final Era, it becomes increasingly necessary to expose men and women alike to the vast ocean of Torah knowledge, imbuing them with a sense of ownership of their Judaism.

About the Author
Hadassah Silberstein grew up in Ithaca, NY. She currently lives in Brooklyn and teaches Jewish studies at a high school in the area. She also co-founded Batsheva Learning Center, an institute devoted to advanced Torah learning for women.
Related Topics
Related Posts
Comments