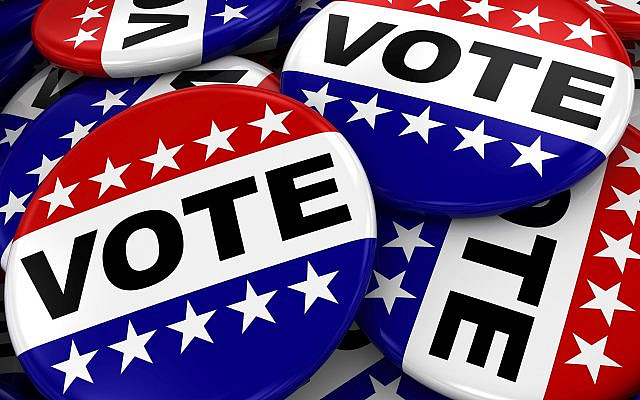 My 92-year-old mother received her absentee ballot in the mail last week, and proudly voted in the upcoming election. She has cast her ballot in 18 different Presidential elections (she first voted for a President way back in 1952), and this was her 71st consecutive year in which she has exercised her right to vote.

As you can tell, she takes this privilege very seriously. In fact, a couple of years ago, she was determined to vote in the New York State Primary, even though she was recovering from the effects of the coronavirus that had landed her in the hospital for a few days just weeks before. She called a cab, and made it to the polling booth right before closing time.

I mention this not to laud my mother’s determination or to sing her praises as a patriotic American – although she certainly deserves those accolades. It’s rather to lament the fact that the right to vote seems to carry less and less importance to many of the members of the Orthodox community of which I am a part, especially among those in the younger demographic.

I’ve heard from several people that because we live in the tri-state area (NY, NJ, and CT), our vote is meaningless because the Democrats will certainly carry those states anyway, regardless of who we vote for. I’ve heard from others that they often choose not to vote in an election because they dislike both candidates and don’t want to cast a vote for either of the choices. And then there are still others who simply don’t think it’s all that important to vote, and would rather not waste their time on the process.

First of all, even if you are of the opinion that your vote for a President doesn’t matter, there are local elections, which have a major impact on our day-to-day lives. There have been cases where a local election can be decided by less than 100 votes, and your vote can sometimes make a significant difference.

Second, politicians listen to those who vote regularly. When you communicate your views to a politician, their staff will often check your voting record (they cannot see who you voted for, but they can definitely see if you voted). They are much more likely to take your comments more seriously if you have voted regularly than if you didn’t.

Finally, a strong voter turnout in our Orthodox community helps build our reputation as a politically active force – and a group that should be listened to.

I distinctly remember the first Presidential election in which I voted. It was in 1976 (Jimmy Carter ran against Gerald Ford). The law had recently changed to allow people as young as 18 years old to vote. I was in college at the time, followed the election closely, and proudly pulled the lever in the voting booth to exercise my right as a United States citizen on Election Day. The idea of passing up this privilege – which many individuals do routinely these days — was something completely foreign to me. Of course I was going to vote!

Since then I make it a point to vote on Election Day.

Part of this stems from the importance my parents always placed on voting, and the extreme pride they had as American citizens. My father, who was very patriotic, deeply appreciated the fact that he was able to obtain a first-class education at Stuyvesant High School, CUNY, and Columbia University. My parents always hung an American flag in front of their home on Independence Day, Memorial Day, and other American holidays.

In addition, I think that my commitment to vote each year is related to my religious upbringing. When I was growing up, we better appreciated the religious freedoms we were being given in the United States of America. Today it seems that too many religious Jews take their ability to openly practice their religion for granted. And that’s a terrible attitude to have.

The upcoming midterm elections are extremely important. The political stakes are very high. It behooves us both as loyal citizens of our country and as proud members of the Jewish community to exercise our right to vote.

You may not think your vote matters. However, it matters that you vote.

So … whether you choose to vote this year via mail or in person at the voting booth, don’t pass up the opportunity to participate in one of the hallmarks of our democratic society. Please cast your vote for the candidates of your choice this coming Election Day!