The Blogs
Elana Sztokman
Award-winning feminist writer, researcher, educator and activist
Apply for a Blog
Please note that the posts on The Blogs are contributed by third parties. The opinions, facts and any media content in them are presented solely by the authors, and neither The Times of Israel nor its partners assume any responsibility for them. Please contact us in case of abuse. In case of abuse,
Report this post. 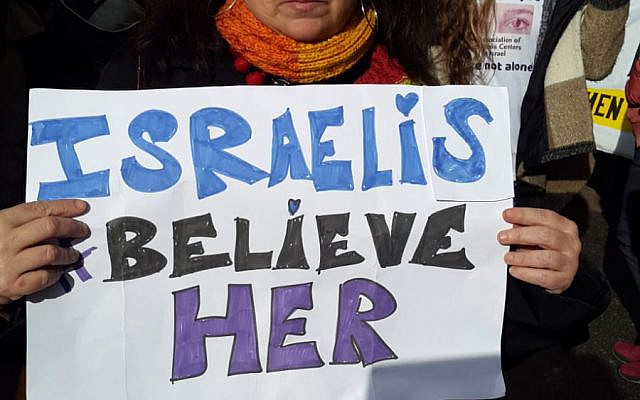 I spent the morning at the Cypriot courthouse with 70 other Israelis protesting the sentencing of a rape victim for “public mischief”, a crime she was charged with because she dared go to the police to report a gang-rape. Despite the evidence supporting her story — 35 bruises on her arms and legs and genitals, 12 condoms, blood, pathology reports supporting the forensic evidence, psychology reports on the impact of the trauma — despite all this, the police treated HER like a suspect from the first moment, did not believe her, and turned her into a criminal. The judge yelled at her, blamed her, refused to listen to evidence, and would not let her talk. So today, at the urging of Prof Ruhama Weiss, a bunch of former strangers came together via a few short flights and hopped over the Mediterranean to take a stand outside the courthouse and let the victim know that she is not alone.

We arrived half an hour before she and her mother did, we met up with another 50-100 protesters from Cyprus and the UK and other countries, and together we made noise. A LOT of noise. In at least three different languages.

We chanted, “We believe you” and “Cyprus justice shame on you” and “Jail the rapists, not the victim.” We learned a few Greek phrases of protest. And we just kept chanting.

We kept chanting as the girl entered the courthouse.

We kept chanting as the sentencing hearing was taking place.

We kept chanting as people started filing out.

We paused for a while as we listened to her mother make a statement, and then as her lawyer made a statement.

We chanted again as the car with the girl and her mother drove by.

And then we hung around for a while, singing Power Woman songs, talking to reporters, uploading social media, and basking in our newfound voices while we figure out what’s next — for the rape victim, and for women everywhere.

Mostly, we wanted to let the victim know that we believe her. That despite the terrible messages that she and so many other victims get, how women are so systematically disbelieved (65 women accused Bill Cosby before someone took it seriously; 23 women have accused Donald Trump and he is still in the White House), despite all that, WE believe her.

People in courtroom told us that when she heard us chanting, she smiled. Her mother thanked us — both publicly and privately. Her lawyer singled out the protesters from Israel. Other Cypriot lawyers told us how powerful it was that women from Israel chose to believe the victim instead of co-Israelis. As if our loyalty should be based on national allegiance rather than on things like honesty, integrity, truth, and justice.

It is incredible, actually, how universal women’s experiences of sexual abuse and not being believed have come to be. Universal.

Did our protest have an impact?

Well, the girl is still convicted, and got a four month suspended sentence. Which is bad on so many levels. And the rapists are still free and celebrating in Israel, with their faux-religiosity, soccer-celebrity, and Likud connections. So there’s that.

But, we did seem to give the victim and her family some kind of emotional solace. Which maybe is worth something on that long path she faces ahead of trying to heal and learn to trust the world again.

Moreover, one of her lawyers told us that in her opinion, the reason the judge gave a suspended sentence is because of our chanting. We were right under his window the whole time, and apparently he kept being interrupted by words like, “Cyprus justice shame on you.” That is what the lawyer believes, though we will never be able to validate the truth of that.

For me, the big impact is that women around the world are finding strength in solidarity. When we come together with one voice, a belief in justice, and determination, we CAN make change. 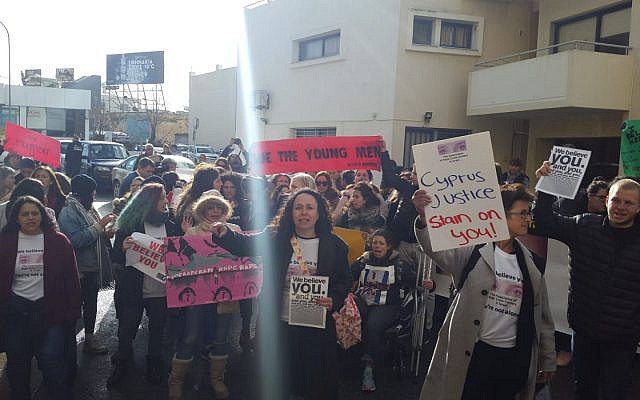 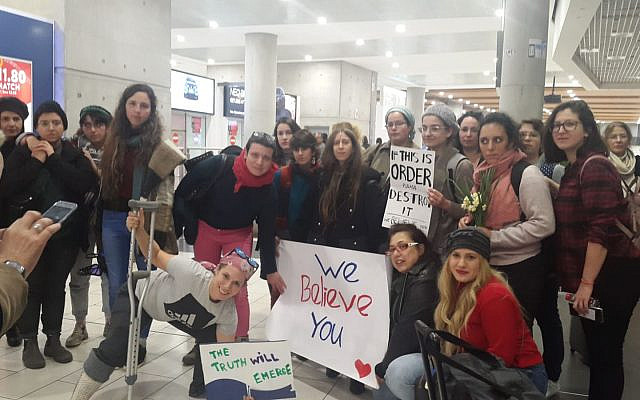 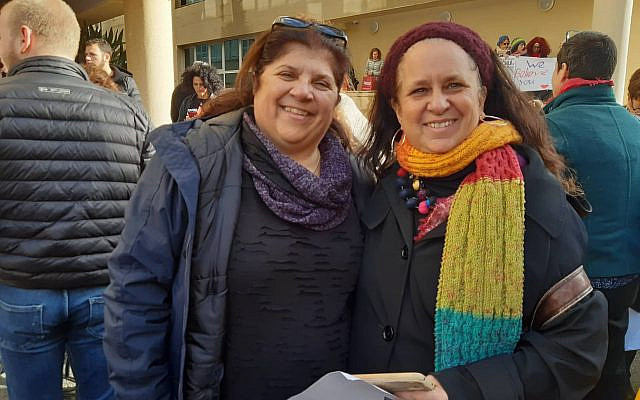 Of course, it is easier to make change from inside the halls of power than from standing on the streets. Which is why now, my efforts are wholly focused on our new Kol Hanashim Women’s Party in Israel. Because protesting outside is good. But having power on the inside is even better.

About the Author
Dr Elana Maryles Sztokman is one of the founders of Kol Hanashim, the new women's political party in Israel. An award winning writer, leading Jewish feminist thinker, educator, social activist, indie publisher, and overall spiritual seeker, she has been involved in the movement for gender equality in Israel for 25 years, and has worked with many organizations and communities. She has written four books on gender and society, two of which won the National Jewish Book Council award. She is involved in many causes, and currently serves as VP for Media and Strategy for Democrats Abroad-Israel.
Related Topics
Related Posts
Comments