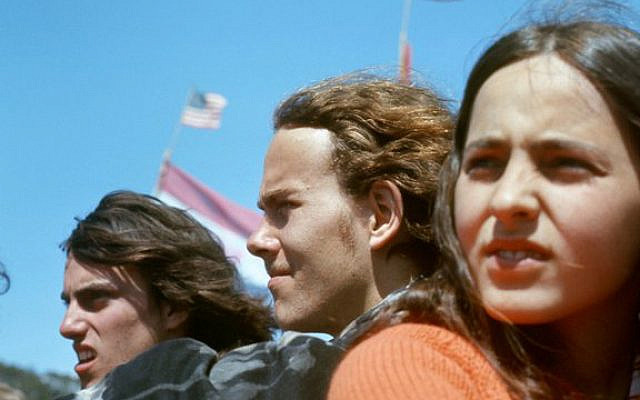 Because I’m a grandmother in my 60s and a public health professional.

I’m not just a grandmother and health professional in my 60s – I’m a grandmother and health professional from the 60s. My peers and I started marching against the Vietnam War and racial discrimination and antisemitism and for Soviet Jewry when we were in our teens. We protested physically against more issues than we can count. And you can count on our generation to show up.

I trust that the cost of a fourth vaccine to my husband and I will be trifling – no serious side effects, at worst a long nap the same afternoon and a sore arm the next day. What do we have to lose? I was among the first to make an appointment.

But even I was skeptical when Israel announced the rollout of yet another COVID booster – a fourth vaccination – for healthy over-60s like myself. I questioned the benefit of a fourth vax, given skyrocketing Omicron numbers in Israel. I believed my colleagues who said we were all going to be infected anyway. I too was hopeful that Israel could ride the wave of hospitalizations within weeks given the Omicron variant’s relative mildness, and that massive infection of the unvaccinated would improve immunity of all Israel’s citizens to future potentially more deadly variants. Hell, let them take a hit for a change, I reasoned.

The Health Ministry announced this morning that many fully vaccinated individuals appear to be nearly noncontagious in the first days of infection with Omicron. We over-60s may be non-contagious after our third vaccine, despite the months that have passed. But we may not.

Dr. Gili Regev, director of the Infectious Disease Epidemiology Unit at Sheba Medical Center, told Israel’s Channel 12 Television on Monday that the results of Sheba’s research on the benefit of fourth Omicron vaccinations of Sheba’s staff would only be available on Tuesday or Wednesday. I started to waffle again. This was the landmark research that we were all waiting for, and even Dr. Regev was hesitant to recommend a fourth vaccine, saying: “I’m very happy that they’re making it available to anyone with a risk factor…The question I’ve consistently asked is whether at this stage in young and healthy people and given the increasing data that the disease is not severe – unlike in previous Delta and Alpha variants – it could make more sense for some people to get it [infection with Omicron].”

It wasn’t that uncertainty or the lineup of Israel’s health professionals weighing in this morning on the wisdom of a fourth COVID vaccine who convinced me to keep my appointment. It was Israel Channel 12’s television presenter Linoy Bar Geffen. Bar Geffen said: “We always trust that the younger generation will save humanity. After we saw the fantastic numbers [hundreds of thousands] of over 60s who have already made appointments to get a [fourth] vaccine – it could actually be the previous generation that saves us.”

Yes, Bar Geffen, there is nearly nothing we wouldn’t do to see our young grandchildren without a mask in our own homes at our own tables eating our food with their vaccinated parents and our vaccinated friends, knowing that we are not in danger of infecting them. Hundreds of thousands of us will march proudly to one of Israel’s wonderful socialized medicine clinics to stand with our responsible peers for hours to get a fourth vaccine.

Thankfully, neither we nor The Who’s Pete Townsend can fulfill his lyrical wish to “die before I get old.” But we can proudly confirm Linoy Bar Geffen’s hypothesis regarding our determination to get a fourth vaccine and save as many younger people as we can. How did Townshend put it? “Talkin bout my generation.”