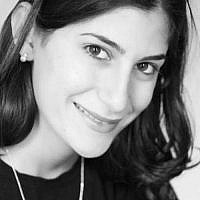 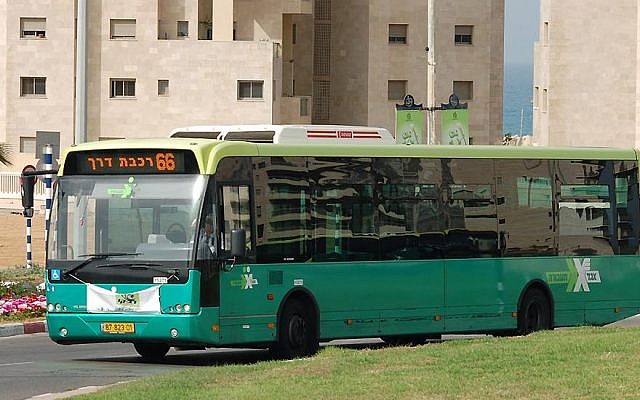 When I was 6 years old and living in Israel I would take the public bus to school along with all the other independent little Israelis. One morning, I got a late start and the thought of walking into class last made me cringe (still does). And so, as I rode the bus that day, I made a hasty but calculated decision to “miss” my stop so that I would have a valid excuse for my tardiness. Proud of my quick thinking, I watched excitedly as the bus drove right past my school. But as you can imagine, the more stations that went by the more I began to slowly regret my decision. Before I knew it, all the passengers had disembarked and I found myself alone at the back of an empty bus as it arrived at the central station.

As per a routine check at the final stop, a female soldier scoured the seats for any “suspicious” objects that may have been left behind. Lo and behold, she came upon a (fake) sleeping little girl and called the driver over immediately. I pretended to wake up confused and disoriented and told them both I had fallen asleep (the cover had to stay consistent). What happened next is one of my fondest childhood memories.

The driver, excited about having a mini companion, asked if I was interested in experiencing a bus wash. (If you love a good car wash, put this on your bucket list.) Thrilled, I accepted the offer. The driver put me to work and gave me the important task of helping to roll up all the windows. One by one, we made sure they were sealed shut.

As we drove in, torrential waters and enormous buckets of soap soaked the bus. I sat with my tiny forehead pressed against the window and watched as gigantic spinning brushes scrubbed the sides at incredible speed. The thrashing sound was terrifying yet exhilarating. I was mesmerized. With our squeaky-clean bus, the driver then picked up a grape juice for me and insisted on buying me a sandwich, which I politely declined (not too shy to fake sleep, too shy to accept lunch). In the meantime, he had called my mother and said “Don’t worry, I have your daughter! I’m bringing her home.”

Yup, he ditched his whole route that morning and drove me all the way home to my grateful, yet perplexed mother. Needless to say, I did not make it to school that day.

Shortly after, my family moved to Canada. I’ve been here for 22 years. The first two years, I barely spoke a word, trying to digest a new language and new people. Since then, I have grown up, met my husband, got a degree and then a masters, began a career in government policy, set roots and started a family. I have so much I am grateful to Canada for. So many people that I love here – family, friends, colleagues. So much I am leaving behind.

But now, as I look at our adorable and playful son, I think to myself what it is that I truly want for him. And this is how I can sum it up:

As I look back on my 6-year-old self, I have wondered many times how a quiet little girl was more concerned about her botched plan of having a legitimate excuse for being late to school than afraid of being alone on a public bus as it drove further away from her home.

I could only ever think of one answer: subconsciously or otherwise, I had to have known that I was going to be okay, that somehow I’d make it back to my destination, that anyone on that bus would have treated me like their daughter the way that bus driver had.

Today, I recognize that this confidence in the people around me didn’t come from something I was taught at home or at school, it runs in my veins. It is the intrinsic Jewish experience that connects us all to one another. It’s seeing a fellow Jew in an otherwise foreign place and feeling instantly familiar. It’s being part of a nation (or religion, or a culture or a people, whichever way you choose to look at it), that has a few thousand years of a shared history under its belt, that still speaks an ancient language, and that has come out shining from the darkest of places. It’s a nation that, after 2,000 years, finally, no longer has to wander.

About the Author
Sarit was born in Israel and grew up in Toronto. She obtained a Masters in Public Policy and worked as a policy advisor for the Ontario government. Being the only Orthodox Jew at work, she began to humorously chronicle her experiences of being observant in the modern workplace in her blog, The Working Yid. In 2019, Sarit moved to Israel with her husband and baby boy and has been writing about her Aliya experiences and what it means to be an Orthodox Jew in the 21st Century. Her blog is now called The Modern Yid.
Related Topics
Related Posts
Comments