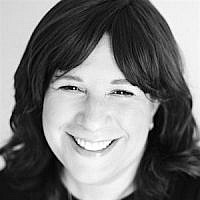 The Blogs
Miriam Lottner
Apply for a Blog
Advertisement
Please note that the posts on The Blogs are contributed by third parties. The opinions, facts and any media content in them are presented solely by the authors, and neither The Times of Israel nor its partners assume any responsibility for them. Please contact us in case of abuse. In case of abuse,
Report this post. 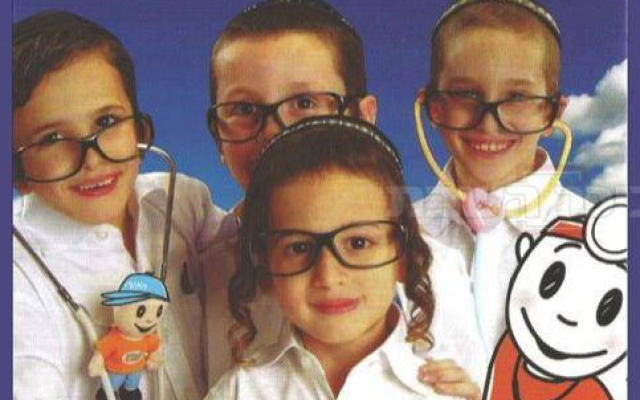 Forgive me in advance, this blog post has nothing to do with US election politics. If you were hoping to find a solution to Middle East peace or an instruction on who to vote for (or details on whom I’ve chosen), that won’t be here either.

Rather, it is a frank admission from an Israeli female entrepreneur about what it is like to make new products in today’s hyper-charged, rabbinically oppressed, oversexualized toy market.

Surprise!! No, I’m not talking about adult sex toys. I’m talking about toys for kids. Where pictures of girls above the age of 1, 2 and 3 (fully clothed) are banned. Where a logo can’t contain the image or suggestion of a female form, or it will be modified “to fit the neighborhood,” where swimming pools and summer paraphernalia have images of women and girls blacked out in order to be featured on the store shelves. Where girls are erased or simply omitted from toys and products and books by the product’s creators, just to make sure the goods are included on toy shelves and in public offerings.

Welcome to Tehran 2016, right? Wait, scratch that, Welcome to too many communities across Israel in 2016. It’s huge swaths of Jerusalem, Beit Shemesh, Bnei Brak and Tiberias and many settlement communities. But it is also my small community in the South, well within the Green Line too. Wherein, the summer boxes of pool products are covered in thick black tape, blocking out those horrible images of young girls in — gasp — bathing suits. But wait, it isn’t just toy stores or toys — it is advertisements and community mailings, local phone books, websites that advertise women’s health and clothing, lactation consultants, midwives, estheticians, hairdressers and all of their websites and product boxes too. 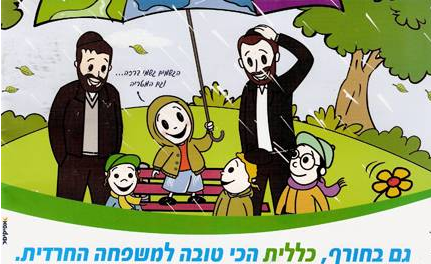 Where have all the women gone?

As a member of an online community of professional working women called ImaKadima, I challenged the other group members to look for women and girls on the products in their homes and the Israeli websites they use regularly. By and large, we found the female form –essentially we found ourselves — erased. Disappearing from printed visual life. Not replaced by cartoon characters, sketches, or blurred photos (those are not allowed either). Rather, simply eliminated or referred to with a euphemism. Our 4,500 members got excited when someone was able to find a single product box with a microscopic image of a female toddler in a haredi neighborhood. Yes, see that tiny baby below. She was exciting stuff! She was the only printed visual proof that 52% of the earth’s human population actually exists!

Mazal tov! We found her!

All too often, it is the mop and broom with no owner. The candlesticks and challah that must have lovingly be made by an invisible mother. The baby carriage obviously pushed by a hidden criminal element we should strive to be, but never see (a woman). The business meeting elements in suits and ties, but not skirts.

Before you dismiss this issue as fringe or niche, it isn’t just in small parts of Jerusalem, it is the city of Jerusalem. Because where women were featured on billboards throughout the city, they were vandalized and erased. So rather than dealing with the vandals, and addressing the issue, the women were simply removed. Major brands and companies went along with it, because no one wanted to offend anyone’s sensibilities. Apparently, according to this way of thinking, mob violence to achieve the objective should therefore always be respected. Oy vey Israel, if this is our future… 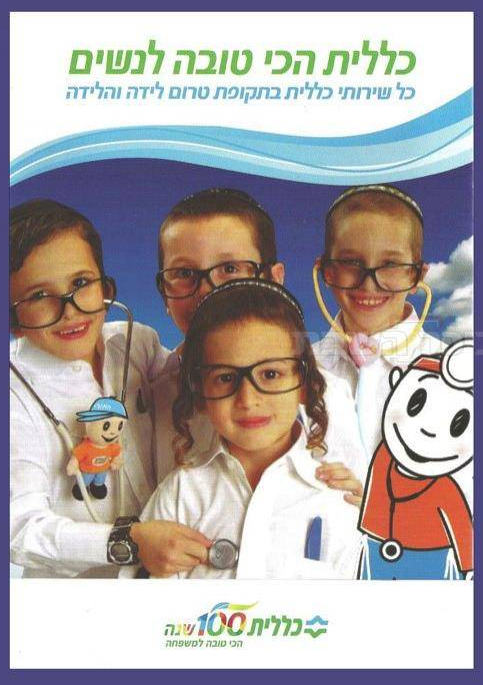 Nearly 12 months ago, I set out on a fairly unremarkable journey. To develop new games that would teach kids about places in Israel and Jewish life and holidays.

Our goal was to create location/subject matter-based card game that wouldn’t require travel. Rather it would call on a child’s imagination together with actual photographs of sites or events to help anyone travel virtually through thousands of years of Jewish history and Jewish life.

Girls of every shape, color and size imaginable…

Immediately, I was informed and schooled that including pictures containing girls would be problematic. When doing sales research, it was made clear to me, in the Jewish world — girls in any form were now taboo. I tried from every angle I could. 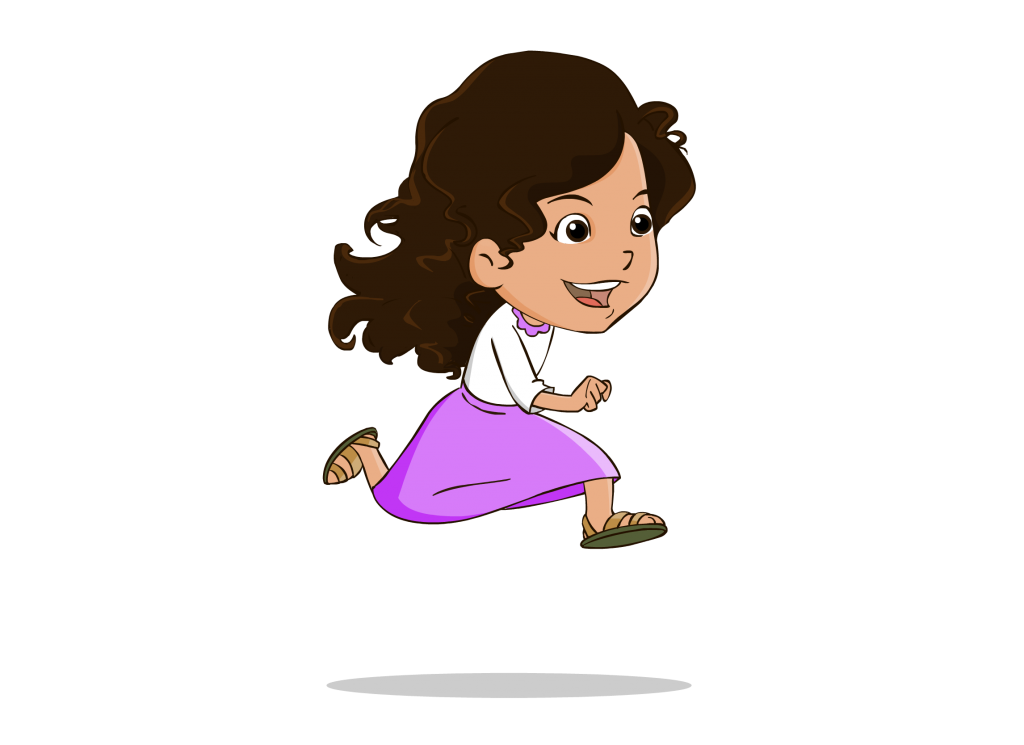 Anyway, including faces or likenesses of any child or parent in a game is difficult due to release forms and rights and royalties — so I spent months taking the photos we needed without people. Sometimes waiting hours while endless tourists streamed past and then finally left the frame of my camera lens. But I still could not ignore the idea of representing actual people (male or female) in my game. It seemed impossible to me that, in order to be successful, I would have to eliminate all girls from appearing. 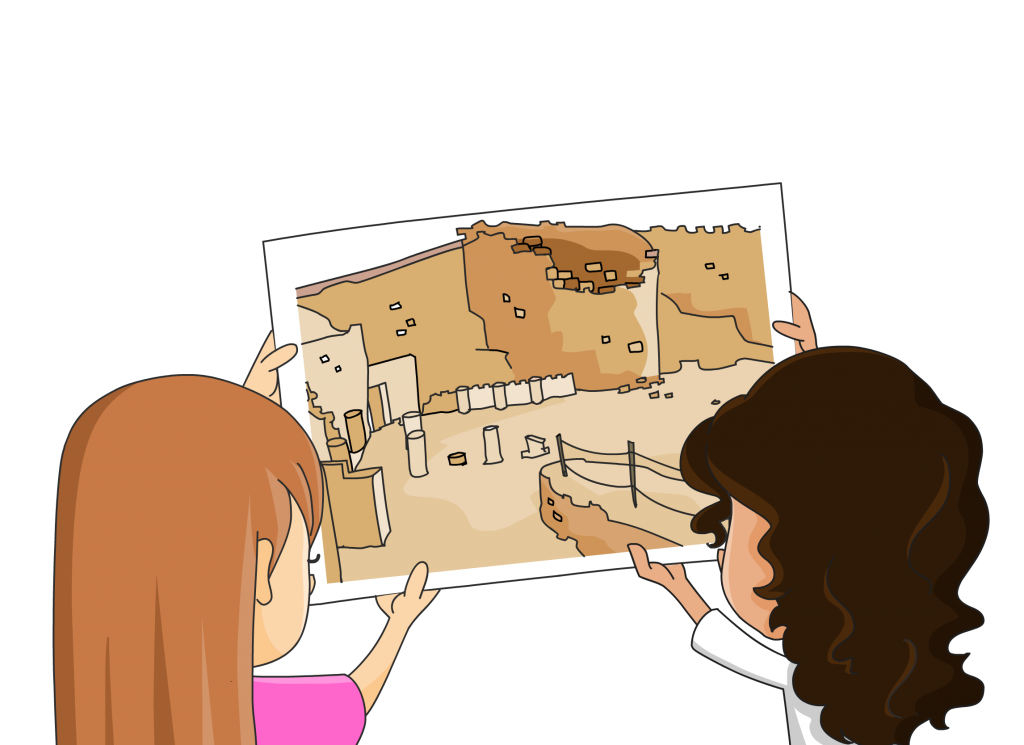 I am the mother of girls. I only have girls, in fact. Why should I make a game for children and exclude 52 percent of them? Why should girls never see role models of themselves in the games they play?

So I instructed my team to illustrate girls and boys exploring Israel and celebrating Jewish holidays and customs in a series of symbols. Distributors and stores were shocked at our boldness. SHOCKED at the audacity to include girls reading a map, hiking, running, stand up paddleboarding, climbing through a cave, and the worst….wait for it….praying at the Western Wall! I mean can you imagine? Our game has girls — doing everything a typical girl might do. 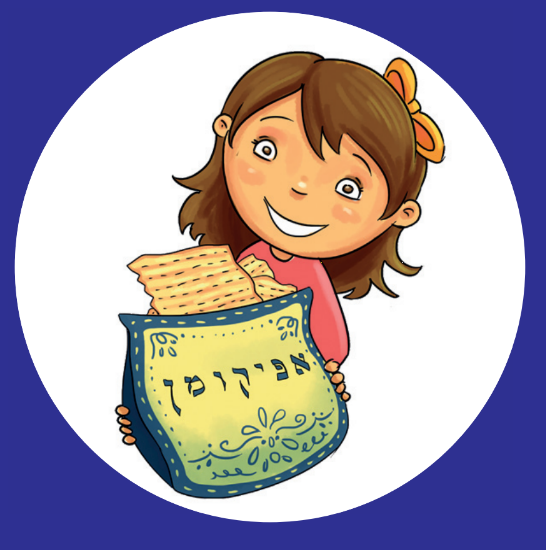 These images were deemed controversial in many circles. My games were officially taboo.

So I did what any solo bootstrapped entrepreneur would do in my shoes. I had a crisis of faith. I took some time to think about the community rejections of my lofty ideas to feature girls in my product. (Yes, even these adorable illustrated girls).

I sat and pondered what my fate would be if I bucked the system, and decided to just say, “I’m doing it anyway”. In a country where women already only receive 3% of venture funding and 99% of it comes from male investors, the answer was clear.

As a religious woman, could I really afford to say “No” to my own community?

In 1969, my mother was a chemist working at MIT in Boston for NASA. Her project was chemical analysis of, among other things, the gyroscope fluid that housed the gyroscope (which supplied perpetual motion and telemetry abilities) on Apollo 13. The life of American astronauts hung in her chemically capable, but feminine hands. At the time, she was also the only female in her building wearing a white lab coat. She was told to sit by herself at lunch times because she was deemed too inappropriate to sit with her male colleagues. Luckily, I was raised by a woman who once had to stand up to her boss and dare to wear pants to work. I learned early that you don’t walk away from the fight, but you embrace it and fight with everything you’ve got.

Thankfully, my mother didn’t raise a daughter who gives in. She also didn’t raise a daughter who gets erased, or erases other women or girls as an easy out. So #ImWithHer. I’m with every woman making a product, or battling for funding, or daring to dream and go out and do. Quite frankly, no matter who you are or who you are voting for, you should be too. 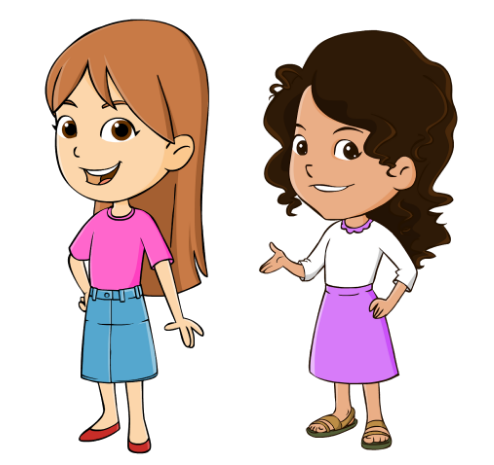 But what does it mean to say no to opportunity? To blacklist yourself among retailers and stores. The theory is nice, but can we really survive when entire communities deem your product “assur” (not allowed according to Jewish law). I decided the answer was “Yes,” because I would rather not have a product or a business than be forced to exclude sketched girl characters from my game. I’ve given up selling in entire cities of 5,000 and 10,000 and 30,000 inhabitants, where card games are all the rage every Shabbat afternoon. In the locations that would have been prime markets, because someone has to stand up and say #StopErasingGirls.

Yes, even though major banks and hospitals and grocery stores and book publishers have agreed to this silent blackout in their advertisements, some of us will not be silenced and erased.

Girls that cannot see themselves, imagine themselves, picture themselves as something (whatever profression), will never become those accomplished, professional women.They will never think they can, if every visual they see tells them they can’t, or worse, that they don’t exist. 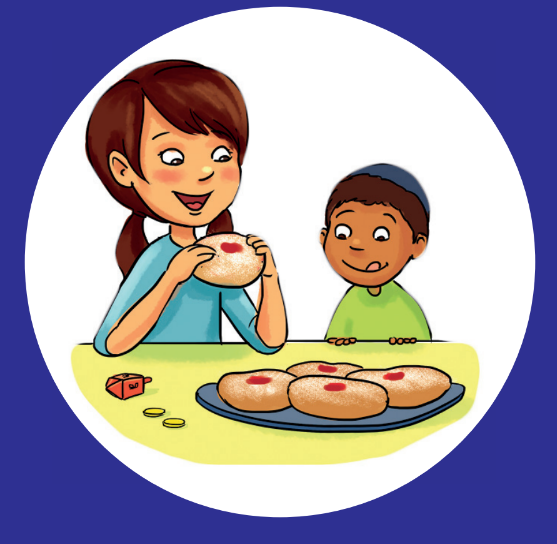 Now that you are well scandalized, I want to highlight some other women-owned businesses who are also not giving in. Who like me, are not erasing girls and are including them on logos, product boxes, and in their religious texts and books. While it might seem minor, this is not a small business decision for an Israeli company.

More important than sharing a Facebook post, or hashtagging yourself in the latest series of memes, if you want to help us change the status quo, you have to buy from them, support them and encourage them.

Additionally, if you have more examples of companies or organizations who are not giving in, please send them so we can include them in our small, but hopefully growing list.

Fun in Jerusalem: Awesome website for discovery of everything for families to do in Israel.

Reveal Cards: The best new games about Israel and Jewish life. Compact, affordable and packed with girls (and boys) of all shapes, sizes and colors.

If we don’t continue to buck the current trend, if we remain silent, and accept the status quo, we’ve agreed to erasing our daughters from the most exciting chapters of life.

Please, join us in creating a different story. 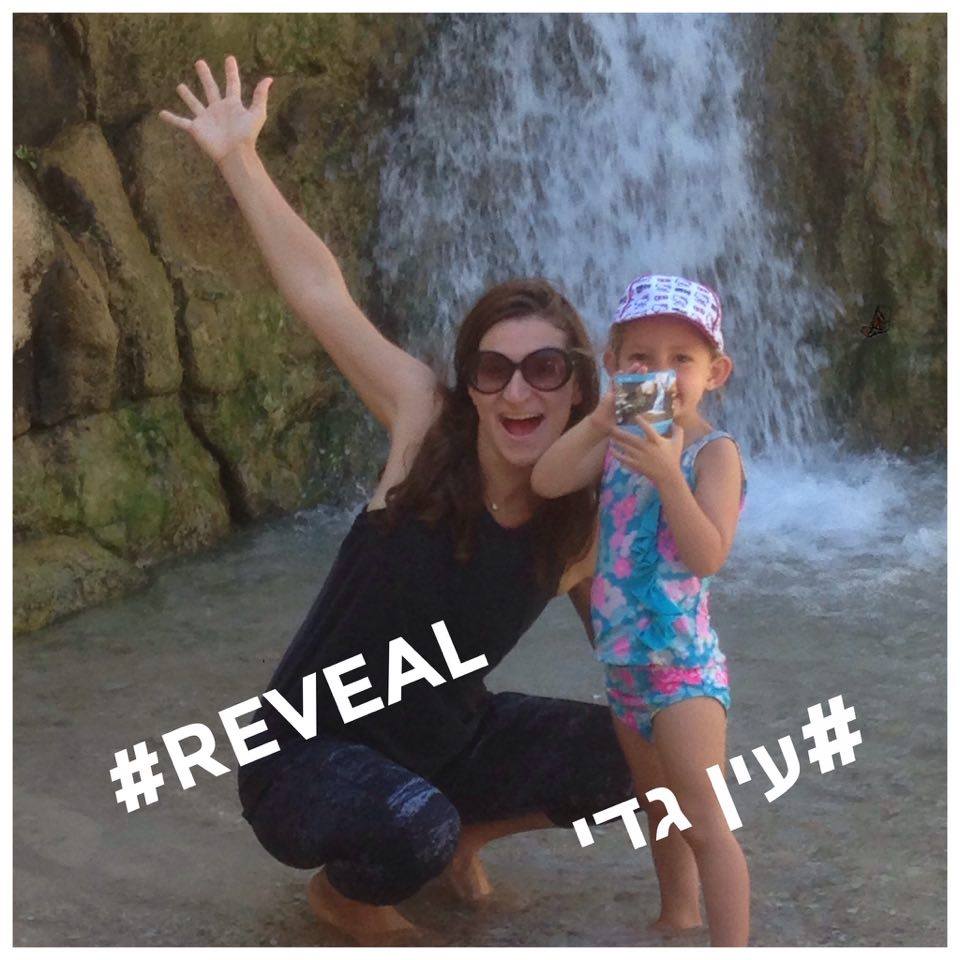 About the Author
Miriam Lottner is the proud mother of twin girls, and creator and founder of Reveal Cards, Qurious and MonsterX. After making Aliyah at 19, Miriam has spent the next 20+ years serving in senior roles in the Israeli tech services industry. Miriam is a frequent public speaker, mentor, business consultant, advocate for women in technology, and vocal supporter of female entrepreneurship.
Related Topics
Related Posts
Comments