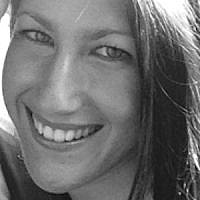 The Blogs
Miriam Wade
Apply for a Blog
Advertisement
Please note that the posts on The Blogs are contributed by third parties. The opinions, facts and any media content in them are presented solely by the authors, and neither The Times of Israel nor its partners assume any responsibility for them. Please contact us in case of abuse. In case of abuse,
Report this post.

As another school year kicks off, I can predict the exact events that will flood my Facebook notification tab; Do you like falafel? Come to our pro Israel group meeting! Do you love Israel and want free shawarma? Come to our event! Regardless of what campus you are on, it seems as if all pro Israel groups on American campus offer events made from the same formula; Offer free Israeli food, use a lot of exclamation points, and talk about what you miss most about Israel, which is usually food related.

Don’t get me wrong, I think that there is a time and place for these events, but they always leave me and many other pro Israel students yearning for something more.

I went to yeshivah day schools my entire life. Although I attended a Zionist institution, our formal education about Israel lasted for a grand total of two weeks at the end of our senior year. While there are some shining exceptions, most Jewish day schools do not dedicate much time to learning about Israeli history, culture, or politics. Upon graduating from a Modern Orthodox high school, many students choose to spend a gap year in Israel, where there are a plethora of institutions one can choose to study in.

It was there where I finally understood why Israel was important to me and I developed the love for my country I still hold in my heart. In addition, I was privileged to take part in a fellowship on the Israeli-Palestinian conflict, where I was provided with firsthand experience of the narratives and places that cause much debate at dinner tables, campuses, and the media.

Upon arrival at my college campus, I was worried about the level of confrontation oriented towards pro Israel students, since this is what many people warn students like me about. However, at my campus, I was not greeted by a large Apartheid wall, students berating me for my pro Israel stance, or anything of the like. Granted, not all campuses have this sense of comfort, but many campuses are not nearly as bad as reported.

That being said, if there is no hostile feeling towards pro Israel students, then the opportunity for substantial discussion on Israel presents itself, yet is never taken advantage of. I can understand being united in the face of adversity, meaning, if there is a significant anti Israel population on a campus, then the pro Israel community should present a united front since unity brings strength and then they will be better able to withstand the hostility geared towards them. However, unity should not be mistaken for enforcing homogenous opinions, which brings me to my main question, why is criticism of Israel by pro Israel students so taboo amongst pro Israel groups?

Pro Israel events are usually light hearted, apolitical events. Larger Hasbara organizations that fund their campus affiliate groups dictate standards that these groups must follow. They usually dictate that these groups may not invite anyone that disagrees with their party line, and discourage events that can foster open dialogue. Events like Cafe Aroma, Krav Maga with an Israeli instructor, and speakers that usually are involved with humanitarian organizations in Israel are the standard fare across many campuses. These events are always a lot of fun, well run, and enjoyed by a wide variety of students.

However, the absence of politically oriented events on campuses leaves something to be desired by students like me, who unwaveringly are pro Israel, but do not want to feel censored when expressing their different ideas about Israeli policy.

I think the main reason criticism is not tolerated in these circles is the lack of education about what is actually happening in Israel. This applies to any topic; If one is not knowledgable in an area then they will not want to debate it, and any opinion that runs counter than what they previously have heard will come off as confrontational. Confrontation is not pleasant, and there is a possibility that one will change their previously held notion or opinion if one hears something new, and this is something that pro Israel groups and the larger umbrella groups potentially see as dangerous.

Nuanced discussion of Israel would be extremely beneficial to pro Israel students within their groups and among other circles as well. If we practice nuanced thinking, then we will be better prepared to encounter the very “middle people” that large Hasbara groups are trying to engage with. A nuanced way of looking at Israel will very likely strengthen the love that these pro Israel students already have for Israel, and will challenge them to learn more and to try to deeply understand the dynamic of Israeli society and politics.

What many students sometime forget is that one might find themselves discussing Israel with people outside of their pro Israel group on campus, and these people might hold a plethora of opinions. The people who unabashedly hate Israel will never engage in dialogue, there is no point in discussing anything with them. But for the rest, one never knows who will be influential in the future and vou might be the person who influences this individual’s stance on America’s foreign policy on Israel one day. But one can not simply do that by telling them how awesome falafel is.

“Is Israel a democracy or a theocracy?”

“What is the place of Arabs in Israeli society?”

“Should Israel be responsible for taking in refugees from other countries?”

I encourage all pro Israel students first entering college to influence their pro Israel groups to try to answer many difficult questions for themselves. I urge you to ask if educational events for the pro Israel students can be arranged in order to deepen everyone’s understanding of what is going on in Israel. I hope you are not pigeonholed in to a “left wing” or “right wing” box just because you have a question that may not have a talking point answer.

If many pro Israel students change the way these groups on campus think, then we can be the vehicle of change that introduces nuance in to typical pro Israel thinking, and who knows what new ideas we can foster, and what influence we can have on the discussion of Israel at large.

About the Author
Miriam Wade is a Senior at Binghamton University studying Arabic, Judaic Studies and Middle Eastern Studies. She is a native of Brooklyn, NY, and tries to tone down her accent as much as she can. In her spare time, Miriam likes cooking and spending time with friends.
Related Topics
Related Posts
Miriam Wade
Comments