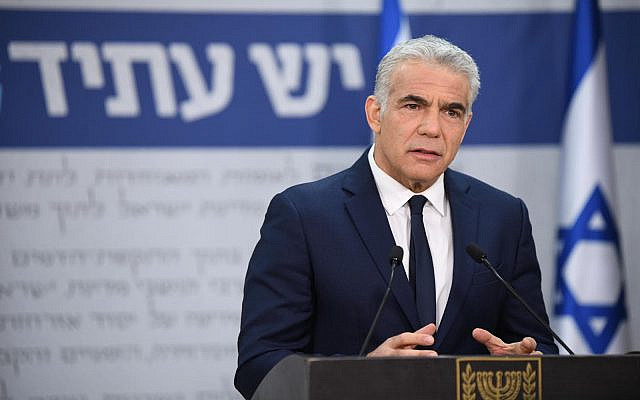 The past weeks have seen some dynamic change in Israel’s election polls, mostly within the Right/Center camp. Lapid’s Yesh Atid is up by several seats (approaching twenty), while Saar’s Tikvah Khadasha (New Hope) and Bennett’s Yemina (Rightwards) are dropping rather precipitously, both from the low twenties to the lower teens. Why? The answer can be found on the other side of the electoral map: the ultra-Orthodox.

It is not that relevant for election campaign purposes whether among the haredim 20% have not adhered to the government’s Corona guidelines, or the actual proportion is 50% or even 80%. As with most politics, what counts is perception – a lot more than “reality”. And in that regard, one can say that Israeli society – especially the secular and traditionalists, and even some mainstream Orthodox – are furious with what has gone on during the past year within the haredi sector: their yeshivas open when all other schools were in lockdown; huge wedding and funeral gatherings, many of the participants in very tight quarters not wearing masks (forget about social distancing when you pack 20,000 “guests” into a funeral procession); hundreds of haredim from overseas arriving in Israel with no Corona checkup, when the skies were basically closed to all other comers; and so on.

Nor was this a bottom-to-top “revolt”. Israeli society’s perception of this Corona insurrection came first and foremost from the fact that the haredi religious leadership actually ordered its youth to return to school (OK, just the males, of course). In other words, this was clearly a “deep state” thumbing its nose at the Israeli government and medical establishment, and by extension endangering the general public as well with haredi sky-high infection rates.

As is well known, this upcoming Israeli election campaign (an extension of the recent, last three) seemed to boil down to one central question: Bibi or anti-Bibi. But Corona has added another key element: not whether the prime minister did a good, bad or horrendous job (a case can be made for all three options), but how to get the haredim out of the next government. The general public was never fond of this relatively unproductive sector and the economic burden (military too) that Israelis in general have had to shoulder because of haredi intransigence, but they mostly kvetched about it and not much more. This time it’s different. The anger is so great that it now affects voting patterns in clear fashion.

That can be seen in the anti-Bibi vote. Gideon Saar will not sit in a government with Bibi, but has made it clear that if Bibi departs the scene, he has no problem joining (or is it rejoining?) with the Likud, along with the haredim. Bennett won’t even guarantee that he won’t sit with Bibi, even though he has suffered years of abuse at the hands of the Netanyahu family – and the haredim always come along as a package deal with Bibi. Thus, both these (eminently qualified prime ministerial) politicians are now suffering from their inability to even verbally cut the knot with the haredim.

Which leaves only two parties in the political “center” as bona fide “never with the haredim”. Lieberman’s Yisrael Beiteinu suffers from its image as a niche, sectoral (Russian immigrant) party (not quite justified anymore) so that he very rarely has ever received more than 10 seats, usually hovering around the 6-8 mark. On the other hand, Lapid’s party has shown itself to be a stable centrist party since 2013 – always obtaining a two-digit number of Knesset seats. His anti-haredi policy stance is clear and bona fide. The word “policy” here is the key. Lapid has emphasized on several occasions that he has nothing against the haredim per se, but governmental policy has to change drastically: lower child allowances; core curriculum must be taught in all haredi schools, all men must be drafted; civil marriage has to be added to the mix; and so on. If the haredim are willing to join a Lapid-led government based on these policy prescriptions, then, and only then, “welcome”.

I am not a prophet (unlike several other of my political science colleagues), but I would not be surprised if, as we approach election day, Lapid’s strength increases even more at the expense of the Saar/Bennett duo, with Israelis who are anti-Bibi and anti-haredi in equal measure realizing that Lapid has the best chance of leading a stable coalition sans Bibi’s Likud and his haredi colleagues: SHAS and Yahadut Ha’torah.

In 2013 when Yesh Atid ran for the first time, Lapid’s party shocked everyone with 19 seats – leading to a government with the haredim on the outs. It won’t be much of a shock if history repeats itself (or at least “rhymes”, in Mark Twain’s purported witticism), this time with Lapid in the PM driver’s seat and the haredim on the outside looking in.