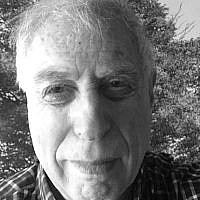 The question is not one asking for an answer. The question is a statement of despair. As Hillel Neuer and Anne Bayefsky labor long and hard to defend Israel from the anti-Semitic slanders that emanate from the UN Human Rights Council in Geneva, the Israeli Supreme Court undercuts their efforts by outlawing a legitimate Jewish politician from running for the Knesset on the grounds that he propagates racism and hatred. The ruling by eight of the nine judges on the Israeli Supreme Court banning Michael Ben-Ari from running for the Knesset is a disgrace. Its reasoning is based on a lie. Michael Ben-Ari is offering a legitimate policy prescription to counter the impasse Israel finds itself in with the thugs and gangsters who run their part of the Palestinian Authority with totalitarian methods.

Instead of focusing on building up a democratic state structure that would develop the region in alliance with Israel, the “Palestinian” rulers of Judea, Samaria and Gaza have indoctrinated the Arab Muslims who live there in the most vile racist rhetoric that calls for the liquidation of the Jewish state and the Jews who live there. They rule through intimidation, corruption, illegal dual structures typical of the Nazi and Soviet systems, a combination of terror and ideology that admits of no dissent or opposition. One example among many: the PA has emptied Bethlehem of its Christian population through a policy of extortion and intimidation. Michael Ben-Ari is simply telling the Israeli electorate what any person familiar with totalitarian regimes know: there is no peace possible with such entities and no possibility of integrating them into a democratic structure, given the nature of their kinship based society, their particular religion and their history of deceit, resentment and now totalitarianism that has gone on for over a century. It is not racist to call for the expulsion of “Palestinians” from Judea, Samaria and Gaza once Israeli sovereignty is re-established there. It is the only intelligent and merciful policy possible. But even if you think otherwise, it is not racist to advance that policy.

Racism is a form of thought that ascribes to a group of people characteristics of a somatic nature that deems them incapable of acting other than in a nefarious way which excludes them from being part of humanity. No one I know thinks the “Palestinians” are genetically totalitarian, anti-Semitic, and driven by blood lust toward Jews. But many people I know would not disagree with the statement that their current social arrangements instil in them a set of expectations that such behaviour is acceptable and indeed the normal way to conduct business. To change that would be equivalent to trying to de-Nazify Germany after World War Two, a task the Allies found impossible. That Germany and Japan eventually found their way to democratic life required a long occupation and a previous history that made them somewhat open to such a transition. Nothing in the history of the “Palestinian” or wider Arab Muslim world indicates such a transition is remotely possible. What is possible, absent any change in Israeli policy, is an ongoing and unremitting campaign of slander, murder and war by these same “Palestinians” conducted against Israel and its citizens. Part of this campaign has been a diplomatic and ideological offensive in all the halls of world opinion to make Israel illegitimate by labelling it as racist, war criminal and apartheid. The recent Supreme Court ruling banning Ben-Ari from running for the Knesset only feeds this narrative and sabotages efforts by Israel’s defenders to counter this hateful propaganda.

Is this why we have a Jewish state? Is this what we have learned from the Holocaust? Is this why we go to synagogue on Purim to drown out Haman’s voice, only to have the Supreme Court of the Jewish State give legitimacy to the contemporary Haman? The Israeli Supreme Court has made a mockery of the Jewish State, a mockery of the laborious effort to build up a third Jewish commonwealth out of the ashes of the Holocaust, a mockery of all those beautiful young men and women who gave their lives on a silver platter so Jews could live in their own homeland in peace. The Israeli Supreme Court is an independent political body that self-recruits its members to reinforce an ideology of judicial activism that has nothing to do with law or sociology. It is buttressed by an Attorney-General who alone of Attorney-Generals in constitutional democracies is not part of the government, but part of this same mentality and cabal. This situation was created by the Jews themselves, showing once again that Jews do not need enemies when they are their own worst ones. How long will such an intolerable situation be allowed to continue? When will Jews stop being Court Jews even in their own country? Instead of paying lip service to the miracle of the Purim megillah they should take a good hard long look in the mirror and clean up their house. Anti-Semitism begins at home, it seems. How disgraceful!

About the Author
Stephen Schecter is a sociologist, poet and writer who specializes in telling stories from the Hebrew Bible. His work can be seen at www.shabbtai.com.
Related Topics
Related Posts
Stephen Schecter
Comments