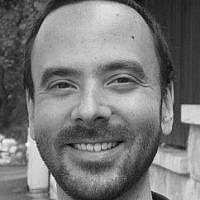 The Blogs
Samuel Scott
Apply for a Blog
Advertisement
Please note that the posts on The Blogs are contributed by third parties. The opinions, facts and any media content in them are presented solely by the authors, and neither The Times of Israel nor its partners assume any responsibility for them. Please contact us in case of abuse. In case of abuse,
Report this post. 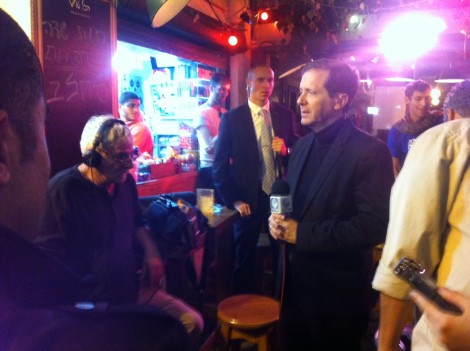 TEL AVIV — Israel’s thirty-third government was doomed to collapse from the beginning.

The governing coalition consisted of ministers from parties that were completely the opposite of each other on ideological grounds. The Economy Minister — Naftali Bennett of the right-wing, religious-Zionist Jewish Home party — was opposed to any future Palestinian state and wanted to annex part of the West Bank. The Justice Minister — Tzipi Livni of the centrist Hatnuah party — led the peace talks with the Palestinians and was firmly committed to the two-state solution. The primary political alliance that led to this coalition following the last elections in January 2013 was between Bennett, the religious Zionist, and newcomer Yair Lapid, the staunch secularist and political newcomer of the centrist Yesh Atid party who became Finance Minister.

Prime Minister Benjamin Netanyahu — of the center-right Likud party — could perhaps be forgiven for being unable to herd all of these cats together and run a functioning government for more than two years.

First, a word on how the electoral system in Israel functions. Here, people vote for a party and not a person in a single, nationwide voting district. If a party receives 10% of the vote, then it gets 10% of the seats in the 160-seat Israeli parliament, the Knesset. (In the next election, a party must reach at least the 3.25% threshold to enter parliament.)

This Wikipedia page shows the January 2013 election results (and the current polling for the next election). To assemble a majority of 61 seats in the Knesset, Netanyahu had to take the Likud’s 20 seats and gain at least 41 more by convincing enough parties to join his coalition.

Enter Bennett and Lapid, who said that they — and their 31 seats — would not join the government if the ultra-Orthodox parties were included. Netanyahu agreed. Livni, who had also been acting Prime Minister in a prior government, and her six seats joined in order to restart peace talks. Avigdor Liberman of the Yisrael Beiteinu, a party whose constituency is mainly right-wing Russian immigrants, and his 11 seats also joined and agreed to become Foreign Minister.

Why did such a government form? In January 2013, the voting public viewed domestic issues as more pressing than security ones — perhaps for the first time in Israeli history:

Lapid, a well-known TV journalist who had decided to enter politics, formed his new party around these domestic concerns. His electoral ally, Bennett, used his start-up, entrepreneurial background to focus on economic issues during the campaign as much as on his annexation plan for part of the West Bank (what is known as Area C).

So, Netanyahu was largely forced to create a government based on the domestic priorities of the voters even though members of that government would have very different views on foreign issues. But, as Israelis often say, the next war now always happens two years after the last one.

This summer’s war between Israel and Hamas in the Gaza Strip — dubbed by the Israeli government with the military name “Operation Protective Edge” — saw the first major friction within the governing coalition.

Wasn’t Liberman Netanyahu’s blood brother, until he assessed that the alliance between their parties was working against him [and then dissolved the merger of their parties]? Wasn’t Bennett a senior cabinet minister bound by the norm of collective responsibility, until he figured that loudly denouncing and distancing himself from his own government’s policy in the midst of a war with the Hamas terror-government in Gaza would raise his profile and potentially yield more votes? Principled politics? Forget about it.

Politicians everywhere have large egos. Israeli politicians have the egos and the chutzpah (nerve). Lapid’s signature proposal, a plan that would remove the VAT (sales tax) on the purchases of new homes by young couples, has been held up — in part because nearly every economist in the country is opposed to it. (Lapid thinks that the plan will help people to buy homes while those who are opposed think that it will only make home prices rise further because of the resulting increase in demand.)

Meanwhile, Livni feels — and not without reason — that her attempts to negotiate with the Palestinians have gone nowhere and that she is simply the moderate “fig leaf” that the right-wing Israeli prime minister can show the world. In the coalition agreement between Netanyahu and Livni, the Justice Minister would be Israel’s chief negotiator — but the prime minister would always have a representative present. So, when Livni secretly met with Palestinian Authority President Mahmoud Abbas in London during this summer’s conflict, Netanyahu threatened to fire her.

In the end, the egos of both Lapid and Livni have been bruised. And the fight over the so-called “Jewish State” bill was just the straw — one could say a convenient one — that broke the Israeli government’s back. After all, the proposal has had the support of the left and right for years — and the opposition to it now is just hypocrisy.

Haviv Rettig Gur provides an excellent analysis of the bill’s history and explains how the situation was not how most media outlets describe it:

Ministers shouting untruths about a constitution-altering bill at the cabinet table and then proudly leaking news of their bickering; an attorney general lecturing ministers against approving private member bills on constitutional matters, without mentioning that that was precisely how previous constitutional revolutions, ones with which he more readily agreed, had been passed; centrist legislation that is transmuted through sheer political posturing and media ignorance into a far-right proposal – it’s enough to make even the most optimistic Israeli wonder whether the country’s political class and public debate are up to the still unfinished task of building the very nation-state so many political leaders are so loudly trying to rescue.

Fed up with Lapid and Livni’s actions, Netanyahu called new elections and fired the Finance and Justice ministers.

Israeli governments usually fall prematurely because of a failure to agree on some substantial and important issue. This time, as Gil Hoffman writes, it was — to mimic “Seinfeld” — about “nothing”:

Serious issues like how to make peace in the Middle East, how to restore security, or how to bridge the gaps between rich and poor were not brought up in the polls, because the election was not called for any of those things.

Netanyahu admitted that Israelis are going to the polls only because of the behavior of their politicians. He listed examples alleging that Lapid and Justice Minister Tzipi Livni undermined him over the last several months.

They countered with complaints about his own behavior. The mudslinging will only intensify when the parties begin their campaigns, hire strategists, and start unveiling their election slogans and propaganda.

In short, the Israeli Cabinet was acting like it was junior high school.

Now, however, the negotiations and deal-making begins. Here is how things currently stand — with polling data showing the number of seats that each alliance would have (out of a needed 61):

None of the alliances would hit the magic number of 61. Even with the support of the two ultra-Orthodox parties — which are being wooed by everyone — their total of 15 seats would not be enough.

Despite the alliances that are forming — whether for real or as trial balloons in the press — two facts are clear:

Is that contradictory? Not really. The Israeli people are lurching to the right, but they want someone else to lead the right wing. In fact, two veteran Israeli journalists argue that the March 17, 2015 election is pretty much a referendum on Netanyahu.

Regardless, volatility will remain. For decades, Israeli politics was largely dominated by two parties — the center-left Labor Party and the center-right Likud Party. But for a variety of reasons, Israeli society and politics have become fragmented.

As a result, Horovitz predicts:

…these newly imposed elections are likely to signal not the end of the political jockeying for a while, but just a fresh starting point in our politicians’ remorseless, short-sighted bargaining and extortion games.

Of course, election season has just begin. Everything could change tomorrow.

Samuel Scott is a for­mer Boston news­pa­per edi­tor who made aliyah in January 2008 and works as Senior Direc­tor of Dig­i­tal Mar­ket­ing for The Cline Group. His personal website is here. Fol­low him on Twit­ter, LinkedIn, Face­book, and Google+!

About the Author
Samuel Scott is Director of Marketing & Communications for Logz.io. He's a keynote marketing speaker and author of The Promotion Fix column in The Drum. Follow him @samueljscott.
Related Topics
Related Posts
Comments