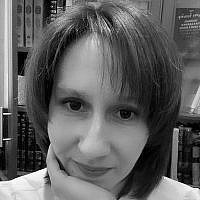 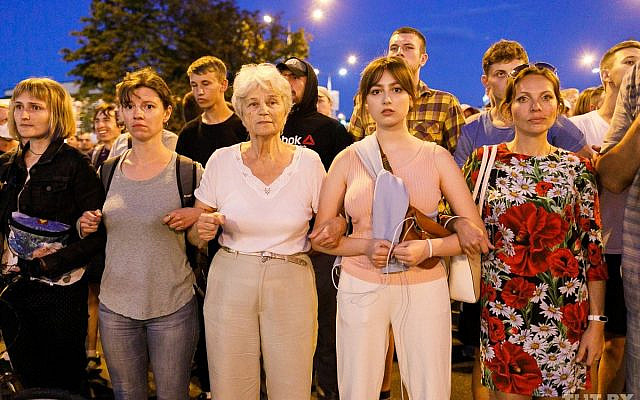 My Facebook feed has long ago become for me, like many others, a major media. Typically, its agenda has been more or less similar to that of the newspapers or TV stations. In the last three days, however, my FB feed and the Israeli press have been describing two different realities for me. In the latter, what matters is demonstrations against Bibi, coalition crisis, corona, and the US elections. In the first one, people are preoccupied with the event that has hardly deserved few scarce lines of news agencies covering – protests in Belarus after the presidential elections that took place on Sunday. Protests of a scale that makes them into a major political event in the history of the country since the fall of the USSR.

Alexander Lukashenko, who pronounced himself the winner in the elections, has been holding the presidential post for 26 (!) years. According to the official estimations, he got 80 percent of the vote, while his main rival, Svetlana Tikhanovskaya, got just about 7 percent. Independent exit-polls show an almost reverse picture: Tikhanovskaya got about 70 percent of the vote, with Lukashenko getting about 15. After Lukashenko declared victory, people got out to the streets – hundreds of thousands in Minsk and all big cities and small towns around the country. Lukashenko brought the police and the army against them. The military uses stun grenades against people; hundreds of people are in hospitals with severe traumas. Doctors in the country confess the injuries they see are unheard of during a no-war time. Thousands of people have been arrested. Tikhanovskaya is forced out of the country – apparently, after threats to her family…

There is one apparent reason why Israel should care about what’s happening in Belarus – the place is not alien to the world Jewry. Actually, before the World War II, it was home to one of the largest and thriving Jewish communities: yeshivas of Voloshin and Mir, to name a few, as well as the Chabad movement, were born in Belarus.

There is another obvious reason why Israel should care about Belarus – there are dozens of thousands of Jews from Belarus living in Israel. Since Sunday, they have been trying desperately to get in touch with their friends and relatives there. The government made a successful event to shut down the Internet; WhatsApp messenger is not working. Neither is FB; a few Telegram channels that managed to survive the government attempts are the main sources of information. These Belorussian Israelis are watching the video from the streets with the police beating people, knowing that their friends and relatives can be among those people risking their lives out there.

Finally, there is a third less obvious – and most important to me – the reason why Israel should care. Why are Israelis among the first in the world to offer help to victims of natural disasters and catastrophes, or why did Israelis help treat the Syrians – citizens of the country we are at war with – during the last several years? Because we care about life, because our religion teaches us compassion, and because we see our responsibility for what’s happening in the world (and because dealing with terrorism and engaging in wars every several years has made us professionals in saving lives).

But don’t we think as much about freedom? Don’t we celebrate liberation from slavery every year during Pesach? Soviet Jews knew it – they celebrated their Exodus on the day they left the USSR. But slavery is still out there, with dictators who out of touch with reality making their people suffer, oppressing the dissidents and posing a threat to the neighbors. When people get out to the streets to put an end to it, Israelis should care.