Ares, Eros, and the eroticism of Zion 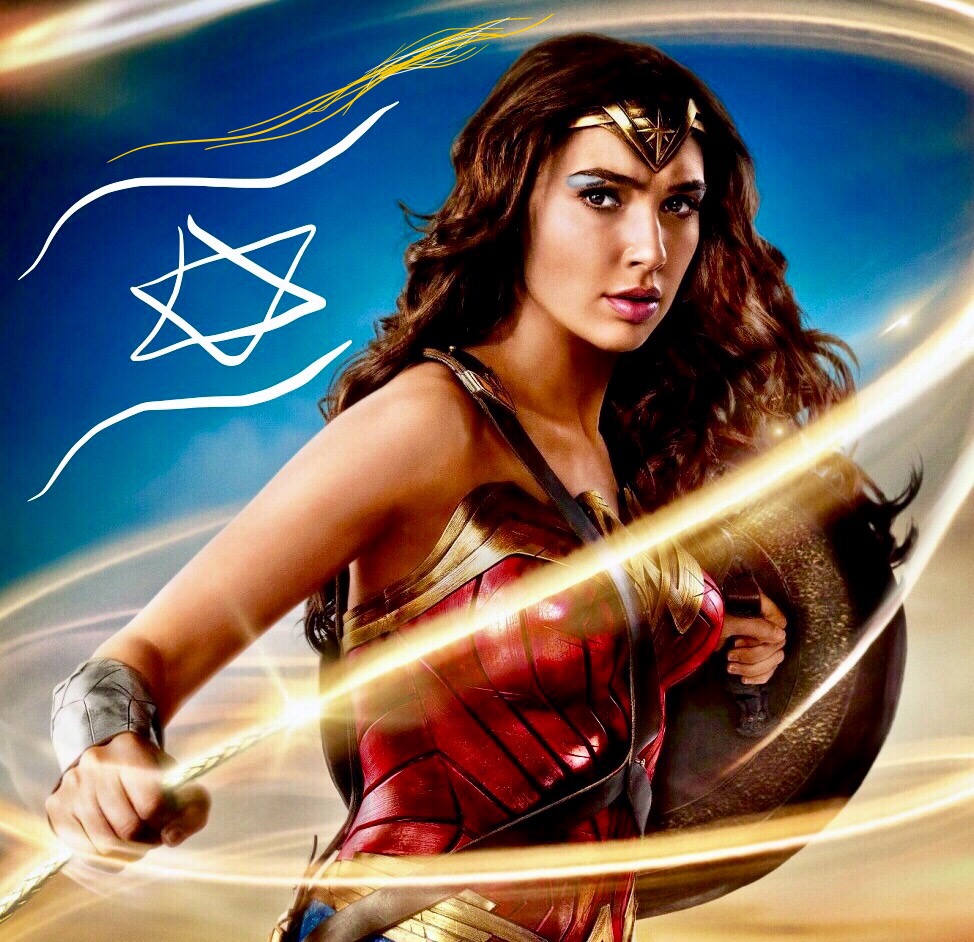 She is so quintessentially Israeli. And it’s not just the accent, mannerisms, and facial expressions. There’s something far more profound about her than that. If only people all over the world who are falling in love with Wonder Woman as I have were to realize that they are falling in love with who we are and what we are all about. Or at least with what we once were and prided ourselves on being.

But I’m getting ahead of myself. First a quick recap. On the surface, the movie is about a female superhero’s quest to destroy the Greek god of war, Ares. But it is also about Eros, the god of love. Though he goes unnamed throughout the film, his spirit is ever lingering behind the scenes. And in the film’s final minutes (don’t worry, this isn’t a spoiler), his pulsating presence is finally given full expression when our heroine gushes “I believe in love” — making it clear that this unapologetic celebration of feminism is also a girlie movie after all, in addition to whatever else it might be. And what it might be — and here’s what you might not have expected to hear — is  a movie about the Zionist dream.

Wonder Woman (a.k.a, Diana, princess of the Amazons) is the embodiment of the collective female soldier that Portnoy finds so erotic on his visit to the Promised Land, but whose overwhelming sexuality renders him impotent. She is also the personification of all of our “tough girls” whom Yehuda Amichai’s tourists (in his poem by that name) “lust after” on their visit to the Holy Land. But most of all, she is the feminine incarnation of Ari Ben Canaan, the hero of Leon Uris’s Exodus: a fierce warrior with an unsullied character and the looks of a movie star, David doing battle with Goliath, Judah the Maccabee leading the few to a defeat of the many, driven by his relentless belief in the justice of his cause, strong and resolute, self-reliant, propelled by his faith in humanity despite repeatedly coming face-to-face with the horrors we have wrought on one another, drawing potency and inspiration from his people and their calling to make the world a better place, ever preparing for battle but wishing never to enter into combat, and ultimately made vulnerable only by virtue of his love for another.

But Wonder Woman, while all of this, is also naïve and innocent — and virginal. Gazing over the shores of her paradise island Themyscira, she might just as well have been Hannah Senesh, imploring in hushed tones “My God, may it never end, the sand and the sea, the rustle of the water, the brilliance of the sky, the prayer of man.” Both of them prepared, though more than comfortable at home, to leap across the ocean into a war-torn Europe, ready to make the ultimate self-sacrifice because, now in Diana’s words, “I cannot stand by while innocent lives are lost,” a duty each internalized as her own.

Yes, I fell in love with Wonder Woman because she is the Israel of yesteryear, the Israel that began to fade sometime during the half-century that has elapsed since the Six Day War. The Israel of Golda Meir — teacher, kibbutznik, mother, grandmother and prime minster — who said of our enemies that one day we might be able to forgive them for killing our children, but never for having made our children kill theirs, and who told the world that “We do not rejoice in victories. We rejoice when a new kind of cotton is grown and when strawberries bloom in Israel.”

I fell in love with her because in addition to all this, she knew how to kick ass when she needed to, and because when she needed to, it was to destroy the German war machine and its archetypal anti-heroes, portrayed as the very incarnation of absolute evil. The Tunisian Association of Young Lawyers was spot-on when they labeled our legend a “champion Zionist” and, from their sorely misbegotten and terribly regrettable perspective, the Lebanese were right to ban her from their silver screens.

But encouragingly, with the film messaging so many positive values — while current surveys reveal that 80 percent of Israeli youth watch porn flicks on the average of twice a week — it is reassuring to know that in its opening weekend, Wonder Woman raked in box office receipts of more than $200,000,000, soundly surpassing the take of Fifty Shades of Grey. Now I won’t pretend that I wouldn’t have enjoyed seeing our star cast as Anastasia playing opposite Christian, but I can assure you that in that role I’d not have fallen in love with her. No, my love for Wonder Woman is neither because of her natural beauty nor our natural pride in one of our home-grown having made it so big, but rather because she projects so effortlessly the best of what we aspire to share with the world.

The promo for the IMAX 3D theater where I saw the film asks if you want to watch the movie or be a part of it. I chose the latter.  That’s a choice I’d like all of us to make, to walk right through a Purple-Rose-of-Cairo-screen in pursuit of all that we set out to build here, to recover our moral compass and to regain a sense of our mission. Diana was taught by her Amazon sisters that they were put on this earth in order to defend the world. I’ll settle for our making it a little bit better than it might have been without us, a bit of tikkun olam, a bit of being a light unto the nations, starting here at home, here in Israel.

Am I reading too much into a Hollywood rendition of a comic book revival? Absolutely, but that’s part of the fun. Along with waiting for the sequel. In the meantime, a confession.  I’ve already ordered a Wonder Woman costume for my wife for next Purim. Perhaps that’s the genre we should all embrace. Maybe if we’d start dressing up as superheroes we’d also begin acting like them. Israel could certainly use a few more good souls fighting for truth, justice and the Zionist way. Let the women lead us onward.