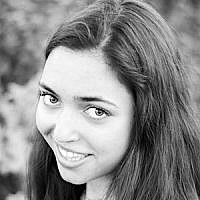 The Blogs
Leora Eisenberg
Apply for a Blog
Advertisement
Please note that the posts on The Blogs are contributed by third parties. The opinions, facts and any media content in them are presented solely by the authors, and neither The Times of Israel nor its partners assume any responsibility for them. Please contact us in case of abuse. In case of abuse,
Report this post.

Last month, Labour party activist Jackie Walker was (rightfully) shamed for several anti-Semitic statements: she had not yet found a definition of anti-Semitism that she could “work with,” questioned the need for security at Jewish institutions, and believed that Yom HaShoah (Holocaust Day) should be extended to “all holocausts.”

I’ve thought about what Jackie Walker said — that Holocaust Day should be about all genocides — and I’ve realized that it’s like saying All Lives Matter instead of Black Lives Matter. Instead of acknowledging the struggles of the Black community, the blanket phrase All Lives Matter smugly brushes aside its fight for equality and justice.

All lives do matter — but saying so instead of explicitly referring to a particular cause diminishes the plight and struggle of one community because of a fear of acknowledging their history and pain. The reason for saying that Black Lives Matter is because they historically have not. Black lives have indeed not mattered; this rhetoric is indisputable. African-Americans were not considered as people at a point in our history. They were later viewed as ⅗ of a person, and in 1865, finally achieved “personhood” thanks to the 13th amendment. African-American men are far more likely to be stopped and shot by a police officer than white men. Racism against the Black community is real.

Similarly, Jews have historically been targeted in Europe, as well as in the US. According to the FBI’s Uniform Crime Reporting Program in 2014, 57% of religiously-motivated hate crimes (assaults, threats to kill/harm, verbal abuse, and criminal damage) in the United States are anti-Semitic. According to the Stanford Hill Shomrim, a Jewish watch group, there is at least one reported anti-Semitic hate crime on identifiable Jews every day in London alone.

So although we should commemorate all victims of discrimination, we shouldn’t neglect the historical suffering of one community by diluting it with the suffering of others.
Walker mused: “wouldn’t it be wonderful if it could be about all Holocausts?”
No, it really would not be so wonderful.

Rather than admitting very simply that Jewish Holocausts Matter, Walker feels the need to say that All Holocausts Matter. Naturally, all genocides do matter — but Holocaust Day does and should remain, about The Holocaust. From there, we can learn about other genocides. The desire to be politically correct about Jewish causes, however, detracts from efforts to address them adequately, by conflating them with other causes that are unrelated to the Jewish community, and serve, instead, as a tool for those who want to be warriors for social justice.

Political correctness about Holocaust Day, and anti-Semitism in general does far more harm than good. When someone mentions anti-Semitism, the response is almost always that we should indeed fight against it (or get over it), as we should also fight against Islamophobia, anti-immigrant sentiment, and homophobia. While I agree with that statement, the problem is not its content, but its “also.” Instead of saying that “we should fight against anti-Semitism” full stop, the speaker generally feels the need to qualify the statement by saying that we must fight against other forms of injustice as well.
Doing so detracts from the topic at hand, and gives the “oppressed” the impression that their cause is not independently worthy of attention.

Imagine several houses on the street are on fire, but only one has not yet been evacuated. Does one start hosing down the burning houses, or tend to the one house with people left inside?
Naturally, the unevacuated is more important. Its situation is dire and merits our immediate attention. A bunch of houses are indeed on fire — in that many groups experience social injustices, and some even have Genocides in their pasts — but only one house hasn’t been evacuated yet, and with respect to Holocaust Remembrance Day, that house is anti-Semitism.

So why must the “house” championing anti-Semitism never evacuated? Why must The Holocaust be lumped together with other genocides? Why isn’t the Jewish struggle legitimate in and of itself?