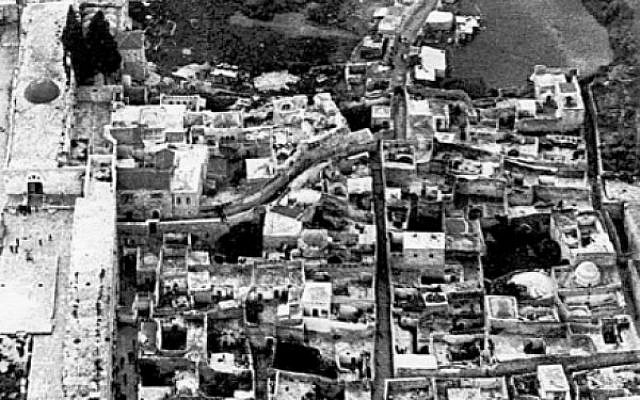 I had never been to Israel. But the fear for Israel’s safety in 1967 was overbearing. I skipped out of my New York yeshiva high school to travel to a solidarity rally in Washington DC’s Lafayette Park near the White House. The murmuring started in small groups, then picked up decibels until it was declared from the stage, “Israel captured the Western Wall.” I thought I would faint. Why?

Several rare photographs show the dismal state of Jewish life and the Kotel in Jerusalem prior to 1967. The pictures put into perspective why the Jewish people were so surprised and ecstatic when the IDF’s Jerusalem Brigade and Paratroopers captured the Old City.

The State of the Western Wall

The descriptions of the Jewish experience at the Western Wall are shocking. The walk to the Kotel was through a labyrinth of slums, and Jews were often insulted or assaulted. Garbage and sewage was thrown into the holy site’s alley. Domestic animals were driven through the narrow passage and left their filth in their wake. Eyewitness accounts describe a public latrine built adjacent to the wall, and a mosque was established nearby so that a muezzin could disturb Jewish prayers five times a day. 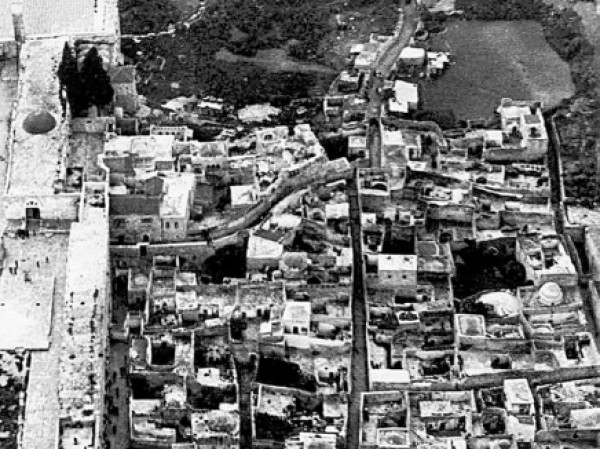 Picture of the Western Wall alleyway (bottom left) squeezed by the Mughrabi slums, April 1931. (Purchased from the Zeppelin Museum, Friedrichshafen) 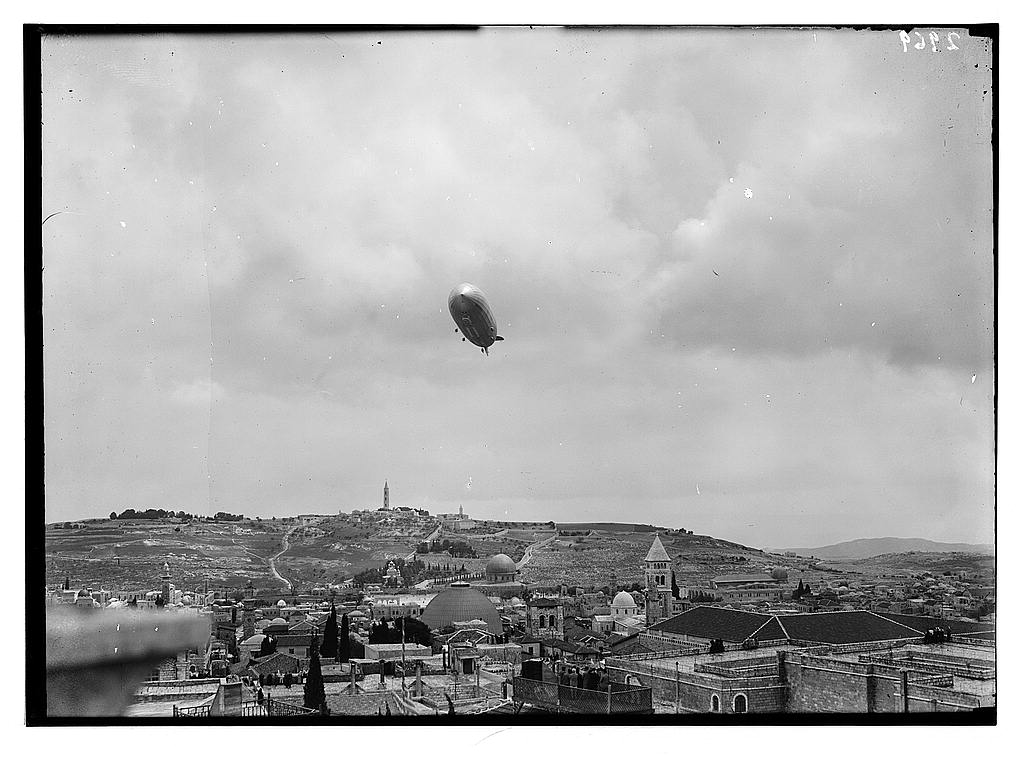 The German Zeppelin with its camera over the Temple Mount of the Old City in April 1931. (Library of Congress)

The Muslims, led by the fanatic Mufti Haj Amin el Husseini, demanded from the British authorities strict limitations on the Jews’ worship at the Western Wall. The famed photographer John Phillips photographed a similar picture to the one below (his has copyright restrictions). His caption was very informative. “The house in the background,” Phillips wrote, “is where the Mufti of Jerusalem used to spend his days watching the Jews to see if they committed any crimes.” The “crimes” included bringing chairs, benches, or screens (mechitzot) to divide the sexes during prayers. The blowing of a shofar could — and did — result in anti-Jewish riots. 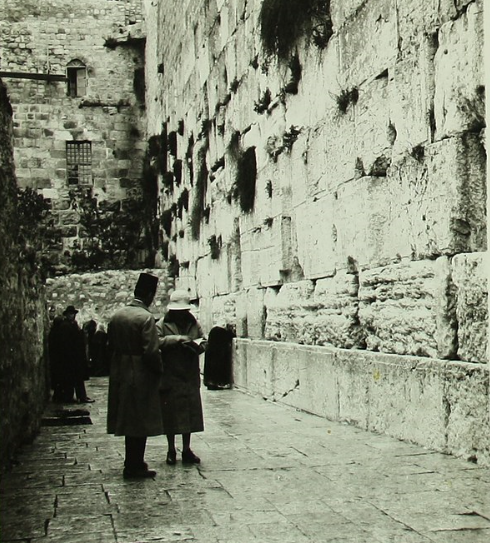 Western Wall and the Mufti’s window, circa 1920 (Wikipedia, National Library of Israel)

The Expulsion of the Jews

With the surrender of the Jewish Quarter in 1948, hundreds of Jews were expelled through the Zion Gate by the Jordanians and others were taken as prisoners of war to a camp in the Jordan desert. 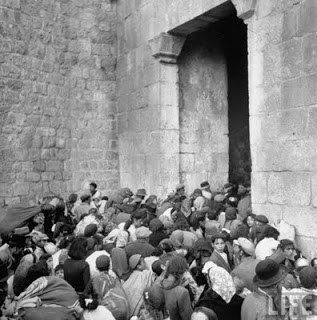 Residents leaving the Jewish Quarter by way of Zion Gate, 1948. Photograph: John Phillips. From: the exhibition “Alone on the Walls”- Documentation of the Fall of the Jewish Quarter in 1948 (Text and photos, Israel Antiquities Authority) 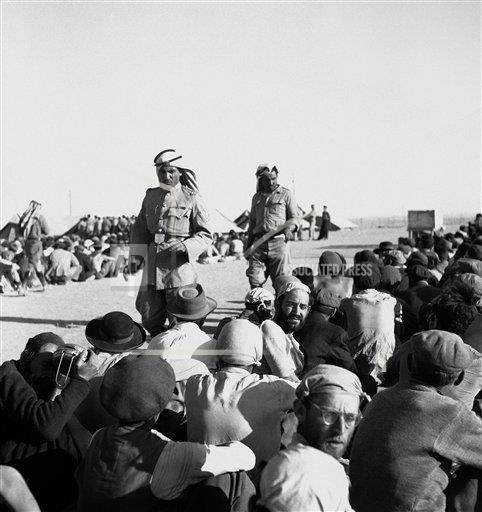 What Was Left Behind?

With the Jews expelled, the Western Wall was bereft of Jewish worshippers for the next 19 years. 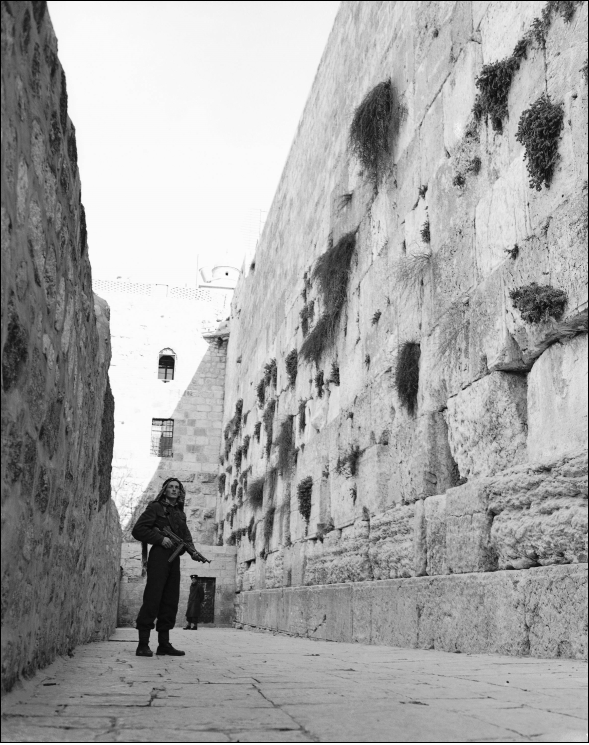 A Jordanian soldier and policeman guarding the Western Wall soon after the expulsion of the Jews. The Mughrabi slums begin at the wall on the left. (AP, with permission) 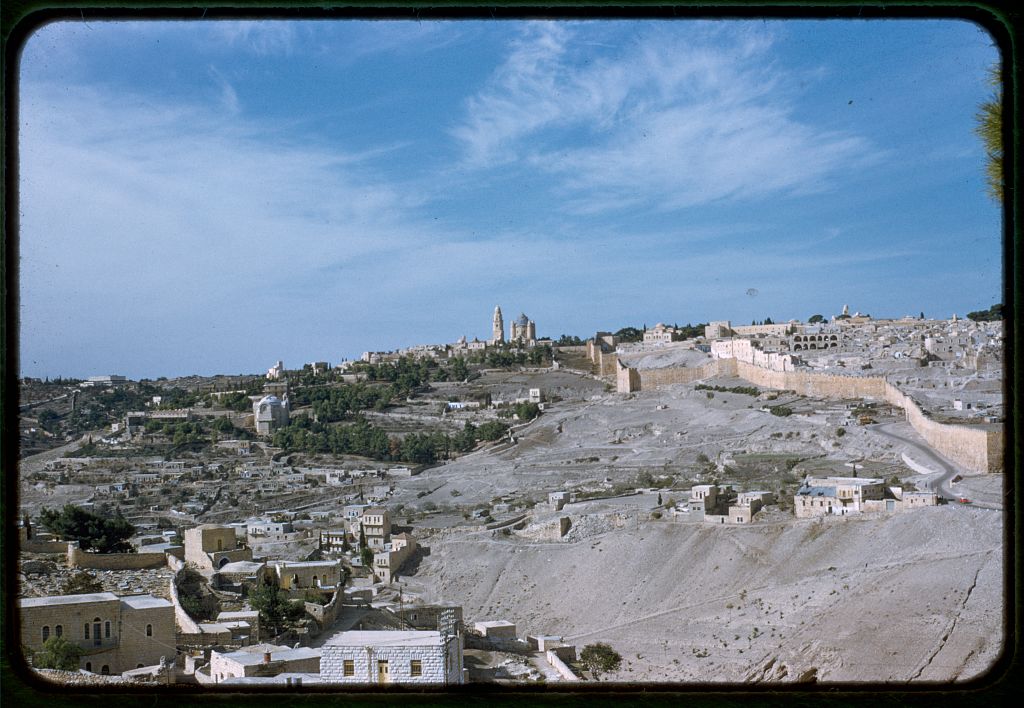 A picture of Jerusalem taken in the 1950s. The Jewish Quarter of the Old City is on the right, razed to the ground with the exception of the arches on the Rothschild building (Library of Congress)

With the Jewish Quarter cleansed of Jews, the homes and buildings were destroyed or taken over by squatters. Synagogues and yeshivot were demolished. The commander of the Jordanian Legion, Abdullah el-Tal, reported: “For the first time in 1,000 years not a single Jew remains in the Jewish Quarter. Not a single building remains intact. This makes the Jews’ return here impossible.”

But the Jews did return.