The Blogs
Hillel Damron
Writer, filmmaker and blogger
Apply for a Blog
Please note that the posts on The Blogs are contributed by third parties. The opinions, facts and any media content in them are presented solely by the authors, and neither The Times of Israel nor its partners assume any responsibility for them. Please contact us in case of abuse. In case of abuse,
Report this post. 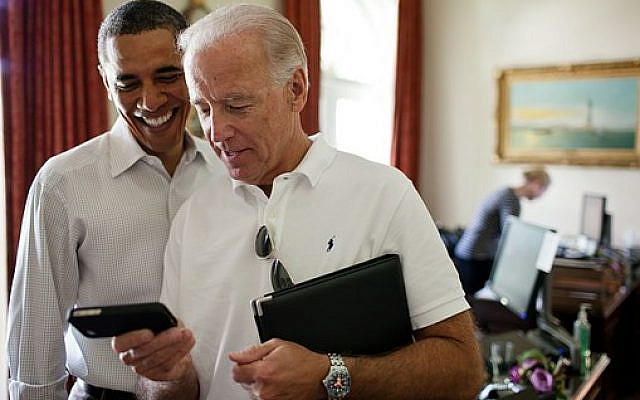 Because they are educated and informed. Because they leave QAnon and conspiracy theories to the uneducated and uninformed. They don’t eat what Fox News tells them and go to sleep happy, but check other sources and watch other channels. Democracy is important to them above all else. They cherish basic decency in human interaction. They oppose fascism and racism. They believe that immigrants should get a fair shake at the American Dream. They rather have peace than go to war. Freedom and liberty for all isn’t just a slogan for them, but a belief. They would like to exercise freely their religion, not suffer from anti-Semitism constantly. And so on.

All these things are basic beliefs for them and come even before Israel. Important as Israel is to them, it‘s no longer the sole reason for their existence. What the current occupant of the White House (not for long, the way things look now) fails to understand is that while moving the American embassy to Jerusalem was generally a cause of guarded joy and satisfaction to most American Jews, it did not alter their negative view of him. Nor, they realized, did it solve or advanced the cause of peace with the Palestinians, or generate an avalanche – to say the least – of other countries moving their embassies to Jerusalem. It changed nothing.

The same holds true in regard to declaring Israel’s sovereignty over the Golan Heights. Other than gaining Trump a place to call ‘Trump Heights’ with a nice golden sign but no houses or people living there, it has achieved nothing. It changed nothing. It didn’t bring closer an agreement between Israel and Syria not one inch. As with Jerusalem, it simply created a momentary cloud of ‘golden’ dust, avoiding the real issue: The conflict between Israel and the Palestinians. Jews are not stupid, as implied above, and they saw it right away.

Just as they saw and realized that the semi, ‘fake peace’ with the United Arab Emirates, Bahrain, and other such sheikdoms – which were never at war with Israel in the first place, and for quite some time entertained close links with Israel – will fail to advance the cause of peace with the Palestinians, or push them closer to an acceptable resolution. It’s all sand in the air, not supported by the majority of these undemocratic countries and their oppressed citizens. Likewise Sudan, which was blackmailed to sign the deal (as reported in The Guardian by Nesrine Malik, 10/25/20), and in return was taken off the list of state sponsoring of terrorism, together with the promise of billions of dollars. Not surprising, therefore, as reported here yesterday, that all three states joined a UN General Assembly resolutions critical of Israel.

It’s the same way Trump deals with the coronavirus pandemic: treating cancer as if it was an ulcer. Avoiding the real issue and throwing empty promises in the air. Most Jews realized that from the outset and behaved responsibly, suffering minimal casualties as result, other than the ultra-orthodox communities (Trumps’ greatest supporters). His other fervent supporters, among America’s ‘white supremacy’ throngs, didn’t and still don’t realize that – i.e. the full severity of the global pandemic – and as result, they are paying a hefty price for it. This president, an imbecilic dictator-in-the-making, has no business leading the most powerful country – if it’s still the most powerful country – in the world.

Biden is a different person and leader altogether. A person of common decency. A person of valuable experience. A uniter – not a divider. What America and the world need now, most Jews realized before voting – to paraphrase President Lincoln – is a president of the people, for all the people. A president who would reunite the country as much as humanly possible, even if the extremists will always stay in the wings, and will try to resist. He will work to bring black and white together, not apart, People with different sexual orientations likewise. They will find an open door in his oval office. He will continue Obama’s work to give people affordable health care insurance and treatment, not take it away from them. He will give new immigrants a chance to become citizens, not build a wall to lock them out.

He will rejoin the international climate accord on day one, as he had promised he would do. He will work with the European countries, and with China too, to reverse the disastrous effects of global warming and human brutality against nature: the pandemic, the hurricanes, the rise in hot temperatures, the melting of the ice, the flooding of cities, the killing of fish and wildlife. He will work with our allies, and with the young people of the world, to reverse course.

He will rejoin the nuclear deal with Iran, or rework it for the better, and try to reverse course on this issue too. This major achievement of the Obama administration, which Trump did all he can to destroy. Another thing he thought Jews would like and thank him for. But as pointed out before, Jews saw through it. And they realize what a disastrous policy it is. Appeasing Israel and Netanyahu, causing Iran –the rest of the world too, mind you, like Russia and N. Korea – to go ballistic with their nuclear ambitions.

Under Trump, the atomic clock has moved dangerously closer to striking midnight. Biden will try to slow the ticking forward. He will listen to the scientists and the experts. He will read the intelligence reports and pay attention to them. He will try to reverse the slide of the democratic world – Israel included – towards an authoritarian, undemocratic world. Jews read and understand what’s going on, in America and in Israel. And they don’t like it. The great democracy of the Middle East, the bastion of the rule-of-law, is in grave danger. Jews, as well as Biden, see it clearly. And, if he is the next president – he is on his way, I believe (unless Trump seizes it by force) – they will work together with him and his administration to reverse that slide into anarchy.

About the Author
Hillel Damron is the author of novels, essays, and short stories—one which won the 2011 ‘Moment Magazine Memoire Contest.’ He studied films at the ‘London Film School’ and became the film director of TV documentaries, a feature film, and video shorts. He was the Executive Director of the ‘Hillel House at UC Davis'. He was an elite IDF paratroops unit officer who was wounded in battle; he was born in kibbutz Hephzibah to parents who survived the Holocaust.
Related Topics
Related Posts
Comments