The Blogs
Henry Greenspan
Apply for a Blog
Advertisement
Please note that the posts on The Blogs are contributed by third parties. The opinions, facts and any media content in them are presented solely by the authors, and neither The Times of Israel nor its partners assume any responsibility for them. Please contact us in case of abuse. In case of abuse,
Report this post. 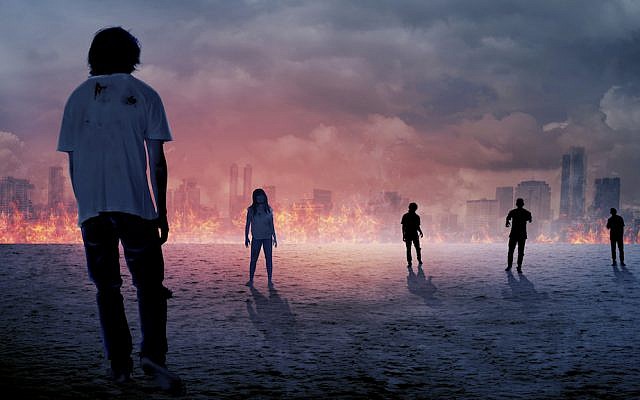 There have been many analyses of “failed states,” but almost nothing about why nations destroy themselves.

Why would a country not in the throes of economic catastrophe, crushing political oppression, or irreparable ideological divides (for example, over slavery) knowingly self-destruct? Specifically, why are so many Americans prepared to take that step? Understanding what is happening in the United States obviously has global implications.

But are Americans preparing for self-destruction? One need only listen. On American talk radio — and not only stations on the political extremes — there is endless talk of Armageddon, of the coming civil war, of imminent and unavoidable chaos. Conviction about apocalypse is far deeper than anticipation of redemption. These are not messianic times.

American survivalists have been “prepping” for TEOTWAWKI (“the end of the world as we know it”) for years. But their talk has reached a new level of certainty. The end is at hand, and they can barely wait. Even moderates enjoy quoting Thomas Jefferson on “every generation’s revolution” — although Jefferson never actually said that.

Many try to assuage their dismay — and their terror — with the “left behind” narrative. The combination of economic inequality, corporate and political corruption, and the various ways so many are left out explain the explosive moment. Obviously, there is truth in this analysis. An hour from where I live — in Flint, Michigan — a generation of children became disposable. All this in plain, if clouded, sight.

Still, it is not the people of Flint who are ready to end it all. Indeed, it is rarely those who have the best reasons to despise the system who are most ready to abandon it. On the contrary, as many studies have now shown, those preparing for the end of are more affluent than the American average; they are less likely to hold endangered jobs and lives; and they are certainly more likely to be white. The left-behind thesis takes us only part of the way.

What about the pure power of demagoguery? The American right tells us incessantly that we are already in hell and have “nothing left to lose.” But demagoguery itself never explains much. Even master propagandists cannot succeed without a ready audience. Americans have found their demagogues as much as the other way around. We have found them, almost literally, with a vengeance.

What explanations are left? When future historians look back on our time, it is our shallow appreciation of the irrational in culture and in politics that I believe they are most likely to notice. Psychological generalizations about large groups should always be taken with skepticism. Obviously, different motives can yield the same result. But that does not mean that there are not cultural tendencies, prevailing moods, fantasies, and inclinations. The exponential growth of “survival shows” that now take up whole television networks is one indication of American preoccupations. So are the latest disaster films and the zombie craze. Indeed, zombies epitomize the trend. They live on only after they have died.

Chilling as it is to write, the most inclusive reason why so many Americans are prepared to see America dissolve — and actively or passively contribute to that end — is because that is what so many Americans (however ambivalently) wish for. And exactly because our system is what it is, we have the freedom and the means to make it so.

Children, especially little boys, enjoy knocking over towers, including those they made themselves. But petulance is only the surface of the show. Rage runs deep in our culture, as every study of Americans at war has demonstrated. We may hesitate to become entangled, but, once engaged, overwhelming force — maximum shock inspiring maximum awe — has been our method. There are also deeper strata more difficult to articulate — a kind of collective boredom that seeks the “spectacular”; the fascination with disaster in which we have been immersed at least since Vietnam and the economic meltdowns of the 1970s.

Indeed, I have argued that the now 40-year surge of popular programs concerning the Holocaust — my own area of writing and teaching–does not represent a sudden American interest in what happened during the Second World War. The Holocaust is, for most Americans, a screen upon which we project our own cultural tsuris, troubles that have nothing to do with Europe in the 1940s.

And deeper still, there is an agonizing loneliness that is rarely directly expressed. It reflects our particular terror of frailty and death — the converse of our obsession with wellness and positive thinking. We distract ourselves from that vulnerability with “really big things,” spectacular things in which we (at least) participate together. And things into which we can throw ourselves, as we might throw ourselves into a volcano.

And that, in significant part, is why so many Americans are ready to throw themselves into a volcano.