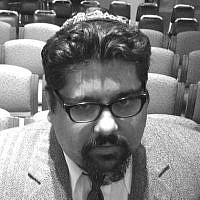 The Blogs
Anthony Greaves
Apply for a Blog
Advertisement
Please note that the posts on The Blogs are contributed by third parties. The opinions, facts and any media content in them are presented solely by the authors, and neither The Times of Israel nor its partners assume any responsibility for them. Please contact us in case of abuse. In case of abuse,
Report this post.

The Iranian Nuclear Deal, known as the “Joint Comprehensive Plan of Action” (or JCPOA), will go into effect on October 19th, 2015. On this day, Iran must initiate the first in a series of laborious tasks designed to effectively transform the nature of their current nuclear program. In addition to reducing its sizable cache of low-enriched uranium, Iran must also complete the following objectives in order to come into full compliance: deconstruct and store over 13,000 of the current 20,000 centrifuges they possess, turn the Fordow facility into a “research and development” complex where scientists from around the world will work alongside Iranians, and rebuild its Arak heavy-water reactor, thus rendering it unable to produce weapons-grade plutonium.

Truth be told, one would be hard-pressed to find any reputable analyst describe the JCPOA as an ideal agreement. While Obama may have succeeded in securing his biggest foreign policy victory in the short-term, the deal ultimately turns a blind eye to long-term security dynamics within the greater Middle-East. One example of this is sanction relief, which will eventually release in excess of $150 Billion to Tehran. Unfortunately, it is more than likely that a portion of this money will be used to sponsor Hezbollah and other proxies in the region. Given this, alongside the fractured state of the U.S.-Israeli relationship, actors in the region should be gravely concerned about the potential for another forthcoming confrontation between Israel and Hezbollah. More importantly, the deal lifts all restraints on Iran in regards to enrichment levels, centrifuges, and stocks after 15 years.

Also disturbing is the failure of the general public’s ability to comprehend JCPOA’s basic framework. Simply put, the 159-page deal is just far too complex for the average American to even begin to decipher in any measurable way. Predictability, both Democrat and Republican talking points on the issue have bolstered abstracted narratives that only slightly align with reality. In some cases, Republican candidates are simply going through the obligatory motions of flexing their muscular foreign policy. In the case of Republican candidate Marco Rubio, the rhetoric has evolved into a series of veiled threats alluding to the use of military force.

“And I hope there’s still time for us to change our minds, but here’s the good news: Iran may have a Supreme Leader, but America does not. In this nation we have a republic, and soon we will have new leaders, perhaps in this chamber, but also in the executive branch. And I pray that on their first day in office they will reverse this deal and reimpose the sanctions and back them up with a credible threat of military force, or history will condemn us for not doing what needed to be done at this critical moment in the world’s history.”

While virtually all of the 2016 Republican candidates have been critical of JCPOA, Rand Paul, John Kasich, and Jeb Bush oppose immediate termination of the deal. Chris Christie, often known for his turgidity, recently offered this tranquil response:

“I’m not one of those guys who’s going to say to you, ‘On Day One, I will abrogate the agreement,’” Christie said. “On Day One, I will look into and try to decide what to do with the agreement, depending on where we are at that moment. Because, by the way, it’s not just us involved anymore. We have a number of our allies around the world who’re at that table as well, and sanctions are most effective when not only we do it, but the other allies do it.”

In assessing each candidate’s position on the deal, one has to remember that by the time a new President is inaugurated, JCPOA will have already been in effect for about a year and a half. Obviously, any incoming President will have the privilege of being able to assess Iran’s compliance (or lack there of) at that time. The other thing to consider is the potential consequences of a U.S. withdrawal from JCPOA. Specifically, the question that must be asked of any candidate claiming that they would “tear the deal to shreds” on their first day in office is, “What do you expect to happen?” Do we walk away from our P5+1 allies and other central economic leaders in the Joint Commission (EU, China, France, Russia, Germany, and the United Kingdom) and leave them holding the bag? The likely outcome of this would be a total collapse of the anti-proliferation ensemble and much of the sanction effort alongside it. Of course, having walked away from the deal, the U.S.’s leverage would diminish and Iran would simply resume the resistance to international pressure that they have so been so famously successful for up until this point.

Obviously, politicians of all stripes have every right in the world to question the regime’s sincerity in respect to upholding the integrity of the deal. However, before supporting a candidate who purportedly advocates voluntarily giving up our seat at the JCPOA table, it’s imperative that we understand what we would be walking away from without any appreciable alternative in place:

• Without JCPOA in place, Iran will be free to manufacture and install more centrifuges, enrich more uranium, and continue construction of it’s Arak heavy-water reactor which could produce up to two nuclear weapons annually.

• Left unchecked, Iran’s current “breakout time” to attaining a nuclear weapon is in the range of 2 to 3 months. Because JCPOA’s restraints render uranium enrichment unfeasible, break out time will be increased to 15 years.

• Thus far, Iran has complied with the interim agreement as evidenced by the fact that they have ceased installing new centrifuges since 2013.

• Iran is required to give the International Atomic Energy Agency (IAEA) a list of it’s entire nuclear inventory and site locations.

“Upon the IAEA’s request for access to a suspect facility, Iran and the IAEA have 14 days to make arrangements for access to the facility or to establish alternative means to resolve the IAEA’s concerns. If this procedure fails, the issue is referred to the Joint Commission, which has 7 days to decide on appropriate action either by consensus or by a vote of 5 or more of its 8 members. Iran then has 3 days to implement the Joint Commission’s decision. Failure to comply could trigger the procedure to re-impose international sanctions.”

• Iran will increase the number of people authorized to carry out inspections. However, inspectors must be from countries that are engaged in diplomatic efforts with Iran.

• Most importantly, in the course of a dispute resolution, any participant in JCPOA can initiate the process to re-instate sanctions through soliciting the President of the Security Council. Furthermore, any permanent member of the Joint Commission can veto the continuance of sanction relief.

Of course, ideologically driven expositions rarely leave room for “best case scenarios” in respect to foreseeable outcomes. Critics of the deal refuse to allow for the possibility that international economic integration may lead to moderation in the country. In fact, an authentic discussion of the JCPOA would beg the question of how international trade relationships and tourism will effect geopolitical dynamics as a whole.

“The price of oil will go down, squeezing countries like those in the Gulf. Europe will grow closer to Iran as its companies are already chomping at the bit to do more business there. China and India will buy more of Iran’s oil. Russia and China will see Iran as a potential for important arms sales as limitations on arms and missile trade expire in the next few years. All these countries will have a greater and greater stake in Iran being seen as a tolerable member of the mainstream.”

While no deal can guarantee Iran’s compliance with non-proliferation measures and the current deal is clearly problematic on many levels, one has to contend with the empirical reality as it exists. Rational Republicans like John Kasich-a JCPOA critic-clearly understand the far-reaching implications of walking away from the deal this late in the game:

“If we find out that they may be developing a nuclear weapon, then the military option is on the table” said Kasich. “We are stronger when we work with the Western civilization, our friends in Europe, and just doing it on our own, I don’t think is the right policy.”

Whether or not the Republican base will punish pragmatists like Kasich in favor of Ted Cruz and Scott Walker’s scorched earth fantasies remains to be seen. American voters need to understand that the Iranian nuclear crisis represents an actual existential threat and is perhaps the definitive foreign policy issue of our time. If there is even a glimmer of hope for a resolution in this unfortunate deal, we should see it through because at this point the alternative (is there one?) is a recipe for a confrontation that we are not prepared to undertake unilaterally. Perhaps we should all heed the words of Israeli Prime Minister Yitzhak Rabin’s when he contended, “A diplomatic peace is not yet the real peace. It is an essential step in the peace process leading towards a real peace.”

About the Author
Anthony Greaves is a Director of Student Services in the field of post-secondary education. He also holds a B.A. from Berklee College of Music.
Related Topics
Related Posts
Anthony Greaves
Comments