The Blogs
Arlene Bridges Samuels
In Essentials, Unity
Apply for a Blog
Advertisement
Please note that the posts on The Blogs are contributed by third parties. The opinions, facts and any media content in them are presented solely by the authors, and neither The Times of Israel nor its partners assume any responsibility for them. Please contact us in case of abuse. In case of abuse,
Report this post. 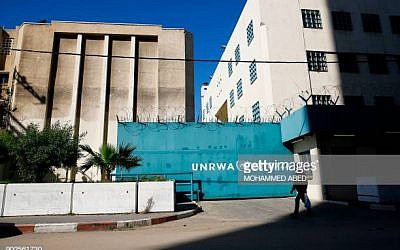 World opinion is awash with mostly criticism for the United States’ decision to withdraw its funding for UN Relief and Works Agency for Palestine Refugees in the Near East (UNRWA). Criticism without fact is intellectually weak. Here is the fact: the US has provided 30% of UNRWA’s budget for decades as its top donor nation. Typically, the world neglects calling out the Arab nations for their paltry donations. Hopefully, Arab Muslim nations will finally step up to the plate using their enormous wealth to jettison Gazans as well as Palestinian Arabs in Lebanon, Jordan, and Syria from the stranglehold of hatred glorified by Hamas, Hezbollah, Syria’s Assad, and Iran.

“Complexity” is the middle name for the middle east, but a few facts are clear. One fact has to do with donor nations, another with the United Nations, and the third fact with Iran and its surrogates. Right below Michael Oren’s quote I’m focusing on Arab donor nations with statistics. The numbers may be wearisome, but they prove a very important point.

Michael Oren sums up his support for the US move. The former Ambassador to the US and Israeli MK in the Kulanu party puts it this way: “The US government’s decision to end its aid to Palestinian refugee agency UNRWA is crucial for any future peace agreement. UNRWA eternalizes the Israeli-Arab conflict by artificially inflating the number of refugees, teaching young Palestinians to deny Israel’s right to exist and demand the right of return, while providing shelter to terrorists and concealing their weapons. UNRWA is not essential to peace but rather a roadblock on the path to peace. UNRWA’s support of schools can be picked up by other charitable organizations as well as the UN’s High Commissioner for Refugees. The Palestinians must recognize that the US’s decision to rescind its support of UNRWA is a result of the administration’s efforts to revive the peace process and to bring the Palestinians back to the negotiating table. From now on, any side that leaves the negotiation table is expected to pay a price.”

Now the hard facts; the numbers. The World Factbook states that although many Arab countries in the middle east have small populations, some have the largest Gross Domestic Product (GDP) per capita on the planet. Qatar leads the way as the richest with a population of 2,113,000 boasting a $129,700 GDP. Kuwait’s population of 4,161,00 follows with a $71,300 GDP, then United Arab Emirates with a population of 9,500,000 sports a $67,700 GDP. Some of the latest figures from the World Bank show that Gaza’s GDP per capita is $6,100, a far cry from most of their Arab neighbors. It’s logical to think that Muslim Arab nations would hold their Palestinian co-religionists in high enough esteem to ensure a much-improved quality of life and that, for example, school children would be guaranteed their school year and teacher salaries now in jeopardy.

And by the way, although Israel is endlessly slandered, they provide an endless caravan of humanitarian aid to the Gazan terror enclave’s civilians. Click this link for those facts. While the world condemns Israeli “settlements” which are full blown towns-think American suburbs-no greater example exists about Israel’s sincere longing for peace than Israel’s humanitarian outreach to Gaza. That’s the kind of neighbor Israel is unless pushed beyond the limit by relentless terror. Israelis long for peace yet almost every day since 1948, Arab nations have forced them into a defensive stance.

The US move to place the original (1948) Palestinian refugees under the same umbrella as every other true refugee in the world holds hope for the good of the region. That umbrella agency is the United Nations High Commission on Refugees. (UNHCR) Angelina Jolie serves as their Special Envoy. 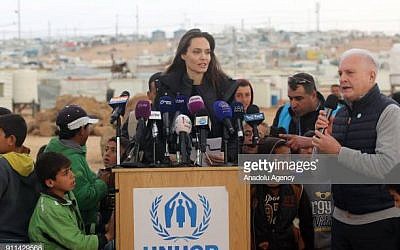 Helped by the United Nations’ notorious anti-Israel bias, UNRWA on the other hand lost credibility long ago by keeping Palestinians in decades of suspended status by demanding that even descendants of the 1948 original Palestinian refugees must be part of an Arab Israeli peace deal. No such demand is on record for any other refugee population. In 1948, when Arab nations expelled more than 800,000 Jews, a very poor Israel repatriated most of them. Donor nations, although admirable for compassion, have also neglected-and enabled-UNRWA’s misguided policies-by not exerting intense pressure on wealthy Arab nations to require achievable huge donations.

Finally, August 31 when the US State Department canceled its long-standing 30% contribution to UNRWA it commented in part, “UNRWA is irredeemably flawed…the donor community must be reset.” And commenting on Gaza itself, President Trump’s Mid-East envoy Jason Greenblatt tweeted in February 2018, “Iran gives Hamas $100 million annually for terrorism…imagine what the people of Gaza could do with the $100 million Iran gives Hamas annually that Hamas uses for weapons and tunnels to attack Israel!”

Yes, indeed! Just imagine! Consider these eight “IFS”:
•IF Arab nations up their ante for Gaza itself, the combined largesse could even make possible a “twin” on Gaza’s Mediterranean coast; the world famous Burj al Arab in Dubai.
•IF Iran abandoned its addiction to destroying Israel
•IF Iran stopped funding it surrogates
•IF Iran cast aside its addiction for world hegemony
•IF Iran and its surrogates revoked their deadly aspirations
•IF Hamas reduced 26.7% unemployment for 1.24 million workers
•IF Hamas provided real jobs instead of digging terror tunnels, launching rockets, and fire kites
•IF Hamas stopped using civilians for violence-even women and children-while their leaders give orders from their 5-star hotels in other Arab countries

Many of the “IFS” may not become reality yet I pose this question to Arab leaders: How long will you use your Palestinian brothers and sisters as pawns forcing them to remain in poverty and enslavement to violence?

About the Author
Arlene Bridges Samuels is a pioneer in pro-Israel Christian advocacy. In her positions for more than two decades-with Israel Always, American Israel Public Affairs Committee, (AIPAC) and International Christian Embassy Jerusalem USA's project, American Christian Leaders for Israel, national and regional Christian leaders in the Southeast have joined forces to stand alongside Israel. Traveling to Israel since 1990, she is now a weekly columnist for The Christian Broadcasting Network/Israel, Guest Columnist at All Israel News, and the Jerusalem Connection Report. Invited by the GPO she has attended their Christian Media Summit three times. Arlene serves on the board of Violins of Hope South Carolina, co-edited The Auschwitz Album Revisited, and gives briefings on several radio programs. In her college sophomore year, she won the title of Miss Florence, South Carolina and upon graduation from South Carolina's Winthrop University she earned her Masters degree at the University of Alabama in Tuscaloosa. Her devotionals are posted at The Eclectic Evangelical on Facebook.
Related Topics
Related Posts
Comments