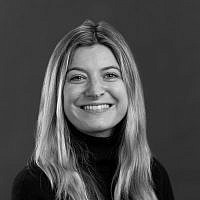 The Blogs
Nava Anne Grant
Apply for a Blog
Advertisement
Please note that the posts on The Blogs are contributed by third parties. The opinions, facts and any media content in them are presented solely by the authors, and neither The Times of Israel nor its partners assume any responsibility for them. Please contact us in case of abuse. In case of abuse,
Report this post. 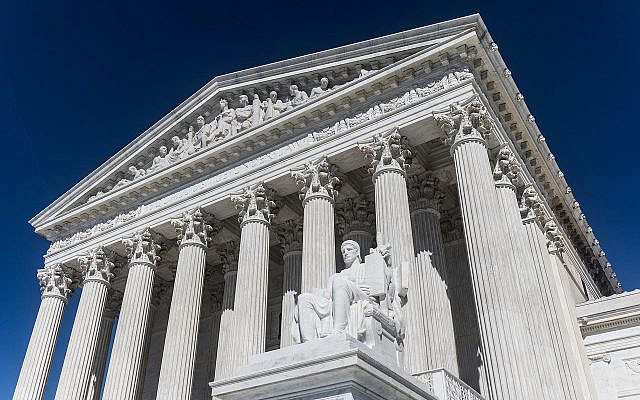 Friday afternoon shortly before the start of Shabbat, I was dismayed to read the following op-ed headline: “Why I welcome the prospect of Roe v. Wade being overturned.” I was even more dismayed to discover that the author Avi Shafran, an employee of Agudath Israel of America, is indeed an Orthodox Jewish rabbi. As a Jew with personal, professional, and religious ties to the Orthodox world, I feel I must set the record straight. Not only is the position of Rabbi Shafran and his colleagues not the opinion of the entire Orthodox community, but I am also deeply saddened that a Jewish clergyperson would celebrate a ruling that hinders the freedom of Jewish and non-Jewish women across America.

In his satisfaction with the recent leak which suggests that Roe will be overturned by SCOTUS, Rabbi Shafran explains that his problem with Roe is that it “pulled a shiny new right out of the constitutional hat.” It is true that Roe was successfully argued on the basis of a right to privacy. While the right to privacy is not explicitly enumerated verbatim in the U.S. Constitution, the Supreme Court itself has expressed that we derive this right from various constitutional amendments. Given that the rabbinic tradition is rife with inferences and suppositions that extend one concept to apply to others, it surprises me that Rabbi Shafran would not validate a similar process at play in American jurisprudence. High-flying theories about hats and magic tricks aside, I wonder if Rabbi Shafran truly is prepared to envision a country that does not protect Americans’ right to privacy in other situations, situations having nothing to do with uteruses and which might directly affect himself.

Rabbi Shafran continues, telling us that a fetus “despite its size and stage of development, is not an organ of the one carrying it,” and that it can have different skin color and blood type than the mother. I thank Rabbi Shafran for the biology lesson, but this is a question of law and legal definitions. As far as Jewish religious law is concerned, I trust that Rabbi Shafran has not forgotten the Talmudic ruling that a “fetus is the thigh of the mother” and that this principle was used by a great 16th century decisor in his rulings on abortion. As to the supposed irrelevance of the stage of development, is Rabbi Shafran unaware of the Talmudic statement that a fetus that is less than 40 days old is “mere water”?

Next, Rabbi Shafran shares the belief fostered by his organization that Roe has been “societally unhealthy for opening the floodgates to mass feticide.” Rabbi Shafran provides zero evidence that this has been the case. Women have always had abortions, whether the law has sanctioned the procedures or not. If Roe is overturned, Rabbi Shafran can be assured that the large increase in deaths will not be those of fetuses but rather of women who will now be forced to pursue abortions in illegal, unsafe, and potentially deadly ways. Research indicates that making abortion illegal means that the number of abortions will not decrease; however, more women will likely die. The percentage of maternal deaths may even rise by about 20%. Additionally, implicit in Rabbi Shafran’s broad comment about “mass feticide” is the idea that we must prevent women from inciting what he seems to believe is a lapse of moral judgment on a grand scale. Reading his words as a woman, I feel that Rabbi Shafran is ironically treating mothers like the children they carry. It is as if he is telling women that they need babysitters to monitor their adult choices. Jewish law allows for abortions and even requires them in some cases, as Rabbi Shafran points out. So why then would Rabbi Shafran oppose the ruling that has made it possible for American women to legally make the choices we are entitled to make?

Rabbi Shafran says that this ruling, which would leave the decision of abortion’s legality “to the states,” seems “reasonable” to him. That is willful naïveté. Already, Louisiana Republicans have proposed a bill making abortion literally a murderous offense. 11 states have passed anti-abortion laws that would not even permit abortion in the case of rape or incest. Leading national legal scholars are raising the alarm that a federal ban on abortion, and even a ban on birth control, may be next. None of that sounds even remotely reasonable to me, as a Jew, as an American, and as a woman. In this climate surely Rabbi Shafran is aware of this surge of anti-abortion legislation that is about to unfold in red states in response to the forthcoming SCOTUS ruling.

Rabbi Shafran ends the op-ed by expressing hope that instead of applying the “sledgehammer” of Roe, individual states will instead use “scalpels” to modulate abortion rights. That hope appears misplaced, as states are beginning to ban and even criminalize abortions in all situations. So, where would the end of Roe actually leave the women of this country? If a women lives in the “wrong” state, then she must travel across state lines and spend hundreds if not thousands of dollars to have an abortion? Women must now organize their lives around which states honor their rights to make their own decisions about their bodies when bodily autonomy is a right which Rabbi Shafran himself acknowledges exists? What if anti-abortion states start restricting abortion pill access by mail, or the federal government criminalizes the movement across state lines to have abortions?

Rabbi Shafran speaks for a rabbinic organization grounded in Jewish law. In fact, both Orthodox Judaism and the Constitution are legal frameworks. Legal decisions of various kinds are made by judges — in Judaism, we call them poskim — of different levels of clout and knowledge. To the chagrin of many in the Orthodoxy community, poskim are exclusively male. Men are making decisions about a wide range of Jewish law, including as it pertains to women’s bodies.

Virulent abortion opponent Justice Samuel Alito has written the draft of the leaked Dobbs opinion, which justifies the reversal of Roe partially on the basis of women not having enjoyed this right for a long time throughout history. I am astonished at Justice Alito’s chutzpah, but I shouldn’t be. As a man he gets to think in theoretical terms, because it will never be his own body on the line. As I read Rabbi Shafran’s words, I feel that same amazement at what male privilege affords: the ability to think in theoretical, not practical, terms. In these times, the voices I would rather hear — especially from men in positions of power — are the ones that trust the ability of women to make our own choices, even if they themselves wouldn’t make the same ones.