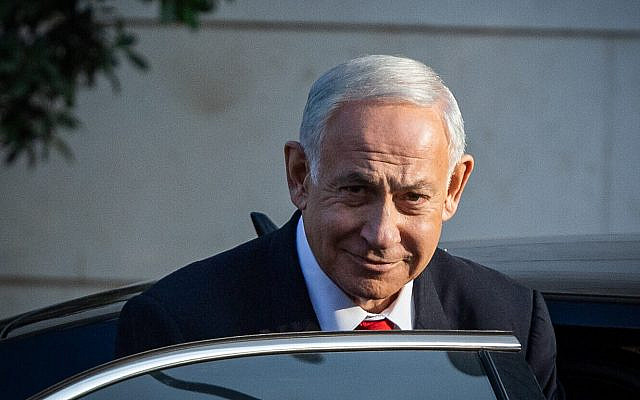 Israel’s new government that will be installed in the coming week is slated to be, in keeping with the electoral promise of its leader Benjamin Netanyahu, “a fully right-wing one.” The incoming 64-member expected coalition, composed of the Likud, the ultra-Orthodox parties (Shas and United Torah Judaism), and the messianic ultra-nationalists — Religious Zionism, led by Bezalel Smotrich, Itamar Ben Gvir’s Jewish Power party, and Noam, the one-person slate established by Avi Maoz. The presumed government is expected to vigorously pursue its avowedly ethnonationalist policies. The preparations for its inauguration — including the distribution of ministries, the emerging coalition agreements, and immediate enabling legislation — indicate that it also plans to institute a full-fledged regime change, which is illegitimate by any democratic standards.

On the eve of the 75th anniversary of its establishment, Israel faces its greatest existential crisis. The delicate threads that allowed it to survive and thrive in the global community with the support of world Jewry have been unraveling for several decades. They are about to be totally severed. Without a realignment of its foundational values of equality, equity, and freedom for all its citizens, together with its aspirations for peace with its neighbors rooted in its Jewish heritage as embedded in the Declaration of Independence, Israel stands to forfeit its very being.

The stated purpose of the incoming government is to entrench the Jewish character of the State of Israel through a series of measures that would institutionalize Jewish collective rights in the country, as outlined in the 2018 Basic Law, Israel: The Nation-State of the Jewish People. It seeks to guarantee effective Israeli control over the entire territory between the Mediterranean Sea and the Jordan River, and has set out to reorganize state structures to assure the swift realization of these goals.

The strategy is threefold:

These steps are being carried out through a series of measures. Ministerial appointments extend expanded power to the ultra-Orthodox parties over issues related to their own communities on all matters and on overall religious questions, just as the far-right partners with settler roots are being granted a decisive say over much of Israeli activities in the West Bank and East Jerusalem. The Likud is reserving some key ministries (Defense, Foreign Affairs, Economics, Education) and positions (Speaker of the Knesset) for its own members, while agreeing to downsize these central bodies in order to appease the seemingly unquenchable personal and ideological demands of their partners.

Indeed, these arrangements have also involved a reshuffling of ministry responsibilities and areas of authority. Key tasks of the Ministry of Education have been dismantled and redistributed to the Prime Minister’s Office, under Avi Maoz of Noam, or to the newly formed Ministry of National Projects, under Orit Strook of Religious Zionism. Others will be delegated exclusively to Shas and UTJ nominees. The Defense Ministry has been stripped of some of its key roles, including COGAT: coordinating governmental activities in the territories and the civil authority, the National Service, the Border Patrol in the West Bank, and much more.

The responsibilities of the newly named Ministry of National Security under Itamar Ben Gvir are being vastly augmented. Other areas of activity have been shifted from one ministry to another, and in still other, broken down into separate ministries to accommodate specific coalition faction needs. The result is the creation of a fragmented governmental structure with multiple fields of overlapping authority — a far cry from any model of governmental efficiency.

This restructuring is intended to take place legally, through the adoption of a series of enabling laws. The Likud plans to pass at least two before the installation of the new government: a law permitting twice-convicted head of the Shas party, Aryeh Deri, to assume a ministerial post, and another giving direct control over the police to Itamar Ben Gvir. Additional legislation sanctioning these structural changes is scheduled for the coming months. All these steps are being carried out in a coordinated manner between Benjamin Netanyahu — who insists on projecting a moderate face — and his coalition partners, along with some of his own intimates and party members who, as in the past, are carrying out the work in the trenches.

Taken together, these moves cover the essential features of a transition from democratic to authoritarian rule, as historical and comparative examples elsewhere so amply demonstrate. Even if only partly implemented, they will alter the civilian landscape, creating a system of exclusion of minorities and dissenters (now dubbed as either leftists, anarchists, or traitors) and further constrain civil liberties. They will limit religious pluralism and redesign the relations between religion and state for Jews, Muslims, and Christians alike. And they will lead to more decisive action against Palestinian resistance, paving the way for a complete takeover of the occupied territories.

This trajectory, chartered extensively in recent days, begs the question of motivation. Some observers have sought to find answers in Netanyahu’s increasingly obsessive quest for survival in the face of his ongoing trial on corruption and embezzlement charges. They view his acquiescence to the demands of the extremist components of his coalition as a sign of weakness — a pragmatic capitulation born of innate fickleness and pliability. Others see Netanyahu as a longtime rebel now able to bring about that Jewish revolution he has dreamed of for years. They point to his publications, including his most recent autobiographical book, as evidence of this steadfastness. Tellingly, whether Netanyahu is prisoner of his own circumstances or the master of his fate, these analyses all highlight his personal centrality today.

Indeed, each step taken in the construction of the present coalition follows his playbook, serving all of the motives now being attributed to him and more. The process of governmental restructuring and the fragmentation of authority among many parties and personalities actually increases the dependence on the prime minister and contributes to the centralization of his power. It also creates a solidarity of the coalition bloc not only for ideological reasons, but also because of the understanding that any deviation from their agreements will bring about their collective downfall. It has the added advantage of confusing the opposition by both constantly dangling the allure of cooptation and severely constraining dissent.

This situation explains the two-tiered nature of the rising pushback against the unfolding authoritarian scenario. The first, and most obvious, circle consists of opponents of annexation and the institutionalization of its apartheid-like corollary of Jewish supremacy throughout the land. It is led by traditional critics of the occupation and a rising number of new movements springing up around the notion of a shared society.

The second, much broader, circle, is mushrooming rapidly in response to constricting proposals in the fields of education, religion, gender rights, economics, the reorganization of the judiciary, civil society freedoms, and the redesign of the public sphere. In each area, petitions have been issued, protests organized, and counter-initiatives suggested. While the latter object to the proposed policies of the incoming government, the former question the power structure which enables its entrenchment.

Herein lie the main elements of the explanation for the country’s current existential crisis. One component relates to shifting demographic trends and subsequent social schisms within Israel’s diverse society, another is an outgrowth of the consolidation of the present two-bloc binary political construct which pits a liberally-oriented center-left against a religiously-inclined nationalist right that does not allow for the creation of shifting coalitions around specific topics. Behind these explanations is something much deeper: the contractions inherent in the historical development of an ethnically-based state that has incorporated religious strands together with social justice aspirations in a land already inhabited by indigenous Palestinian Arabs.

Although it is tempting to downplay the escalation of the various forms of opposition to the incoming government and its program, their variety and intensity cannot be easily subdued. Barring the implosion of the present coalition through the avarice of its own members, any attempt at cooperation under present circumstances cannot ameliorate the rising tensions, especially as it would be perceived as tantamount to complicity with the agenda of the new government. Increased civil resistance in many forms, with all it entails, is therefore likely in the immediate future.

This situation will neither be resolved by new elections nor by coercion, but rather by courageously addressing the essential contradictions of Israel and reframing its underlying premises through the creation of a truly egalitarian and just shared society. That is the real challenge for Israelis today.