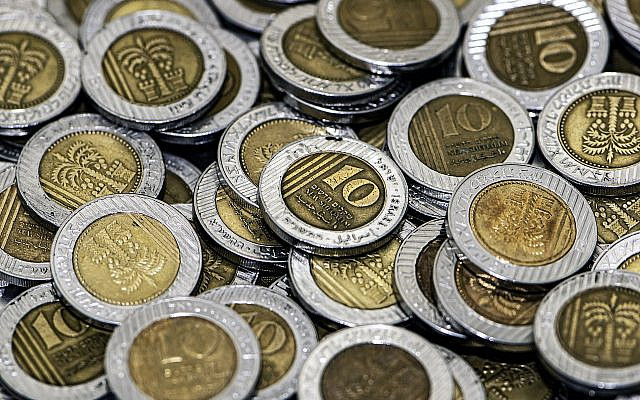 What Are Foreign Exchange Reserves?

In other words, those funds are used by the central bank to intervene in foreign exchange markets when necessary, thus influencing how much its own currency costs compared to others.

When central banks do this often enough, they can cause their own currency to appreciate or depreciate, thus making exports more competitive or less so.

Exporters often need to convert their profits into the currency of the nation they are exporting to. Thus, they may deposit foreign currencies in banks or other financial institutions within their own country.

When this happens, domestic financial institutions like banks and credit unions also use foreign exchange reserves when converting those funds back into their native currency.

This allows businesses to get faster access to cash while simultaneously giving that country’s banking system an influx of foreign money that can be loaned out again.

The U.S. dollar is considered the de-facto “global currency” because it is seen to be relatively stable due to its strong financial markets. This makes it easy to convert currencies into the dollar, especially when an economy needs to increase its foreign exchange reserves for whatever reason.

Foreign exchange reserves allow a country’s central bank to intervene in global trade markets whenever necessary, protecting its own domestic economy from too much volatility resulting in external factors like economic crises or changes in trade policies.

This is also why foreign exchange reserves are an important part of the economic policy of many countries.

One major function of central banks is to manage major fluctuations in their country’s currency, so they do not suddenly become more expensive compared to other currencies or suddenly depreciate drastically.

If a nation’s currency suddenly becomes less valuable relative to another, it suddenly makes exports more expensive, which causes sales and profits for exporters to plummet.

This can result in widespread layoffs and even greater financial crises as deflationary pressures emerge and the value of loans go up due to this lack of income at home.

Many countries use their foreign exchange reserves to keep the relative value of their own currency on par with other currencies.

Keeping exports competitively priced would otherwise allow a country to boost its export economy while also protecting it from sudden changes in trade policy or economic crises resulting from fluctuations in those same markets.

Foreign exchange reserves are often used as a safety net when there is an increased demand for liquidity such as during general financial crises or global recessions.

Managing foreign exchange reserves during such times helps nations soften the blow of such events, increasing domestic stability even when outside forces threaten it greatly.

Foreign exchange reserves can be used by a central bank when external economic factors threaten their country’s economy, either in the form of trade deals or foreign wars.

During such events, a nation’s exports may suffer and imports may become more expensive. This lack of trade activity, in turn, causes a drop in employment opportunities and revenue for businesses threatening financial stability.

By using its foreign exchange reserves to buy up its own currency on open trading markets during times like these, a nation can increase demand for that currency despite any negative factors impacting it externally while simultaneously boosting local business profits, which is important to maintaining domestic stability during potential large-scale political issues between countries.

Foreign exchange reserves are often used to buy up debt from other nations in times of economic desperation, allowing a country to meet its external obligations.

If a nation owes another a lot of money and has trouble meeting those payments, it can sell some or all of its foreign exchange reserves for that foreign currency, then use the money from the sale to pay off that obligation.

In some cases, a central bank will use foreign exchange reserves to raise capital for projects that have been deemed necessary by the government.

This can be used to create new infrastructure or social welfare programs as well as boost key areas of growth within a nation’s economy.

Although central banks can borrow from other countries using their foreign exchange reserves as collateral, this practice is not very common since borrowing money in such a way can cause long-term problems with fiscal responsibility and local inflation levels.

Instead, many central banks choose to invest their foreign exchange reserves into asset classes that offer higher returns without posing an immediate threat to overall domestic stability. This poses less risk while still increasing revenue over time.

Foreign exchange trading is legal in Israel and is supervised by the Israel Securities Authority (ISA). Forex brokers, both the traditional and Electronic Communications Network (ECN) variety, have to be registered with the ISA before they can offer their services in the country.

The ISA oversees the activities of forex brokers and ensures that they operate in accordance with ethical standards and with sufficient safety measures in place.

The aforementioned ECN brokers have become popular forex trading platforms thanks to tight spreads, better pricing, and greater transparency. Skilled traders, large and small, are able to choose from a wider range of assets when they trade online using these brokers’ innovative trading tools.

Additionally, traders can take advantage of the 24-hour access to their trading accounts and leverage higher transaction limits.

Forex brokers in Israel also offer other services that may help traders maximize their chances for success. These include education courses, personal account managers, and back-office support.

Israel’s strategies in increasing its foreign exchange reserve, especially its aggressive purchasing strategy has resulted in its shekel gaining strength against other strong currencies like the dollar and euro.

While the dollar is still the dominant currency on global forex markets, the shekel’s 26-year high is a remarkable growth that cannot be ignored.

Some positive results of this change are that Israel has become a popular economic haven, and shekel-denominated assets have gotten more attractive for foreign buyers.

Similarly, Israel’s exporters have been assisted and imports have become cheaper causing the country to be insulated from higher inflation risks.