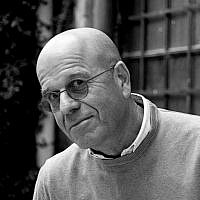 The Blogs
Avraham Burg
Apply for a Blog
Please note that the posts on The Blogs are contributed by third parties. The opinions, facts and any media content in them are presented solely by the authors, and neither The Times of Israel nor its partners assume any responsibility for them. Please contact us in case of abuse. In case of abuse,
Report this post. 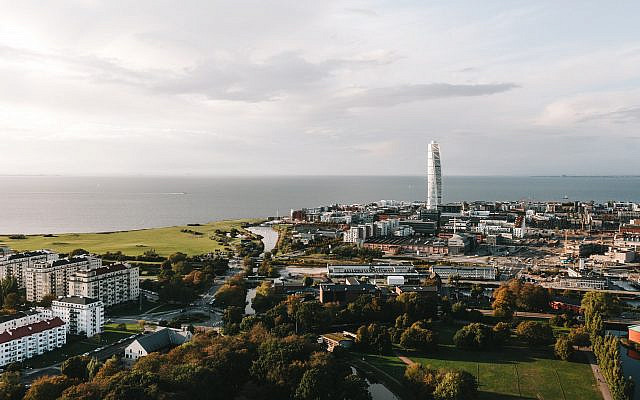 This week, world and Jewish leaders will assemble in Malmo Sweden, for the International Forum on Holocaust Remembrance and Combatting Antisemitism.

This conference, which could be an important benchmark in building shared understanding of antisemitism and how it operates, will ultimately fail in its aims.

This is because its  principles are based on the International Holocaust Remembrance Alliance (IHRA) working definition of antisemitism, a definition that some have pushed hard throughout Europe by both the Israeli government and Jewish organizations for political purposes.

Much like the way a lighthouse is nothing without the light it offers for navigation, this definition offers more darkness, obfuscation and mis-direction than guidance.

Whether by circumstance or design, the IHRA definition and working examples, such as any description or analysis of Israel as a ‘racist endeavour’ or “applying double standards’ to Israel’s actions when compared to other democratic countries, as inherently antisemitic, have become an obstacle to an effective strategy for countering antisemitism and racial injustice.

If a more accurate understanding of antisemitism is not informing our world leaders, then we are all in for a world of danger.

There is antisemitism in the world! Sometimes it can seem that as long as there are Jews in the world, there will also be hatred of Jews.

In actuality, the world doesn’t even need Jews for us to be a useful scapegoat. Antisemitism is an ideology that has almost everything; it is old and new, found where there are many Jews and where there are few, religious and political, personal and institutional.

All anti-racism struggles are by definition political, and the fight against antisemitism is no exception. But the instrumentalisation of the antisemitism issue under successive Israeli governments, to serve goals of Israel advocacy, has added an unprecedented degree of controversy and disingenuity to this already difficult terrain.

Netanyahu, who was a master at creating imaginary demons, frightened Israelis and Jews around the world, wanting us to believe that we are permanently living through 1938, “The Year Before,”, and will do so forever. He (along with both eager and duped accomplices) manufactured an absurd conflation between criticism of Israel and antisemitism.

It is a terribly cynical use of the memory of the victims of the Shoah and the vital lesson that all of humanity must learn from the horrors of the Second World War.

The more you expand the definition of antisemitism  to include petty and deceptive politics, or to negate universal values and human rights (as applied to Palestinians) the more you yourself deny antisemitism and undermine efforts to credibly  counter it.

For example, according to the IHRA, support for granting basic freedoms to the Palestinian people based on an anti-colonialist political position could be an example of modern day anti-Semitism.

This, of course, is a gross distortion.

Any struggle against hatred in general, and against anti-Semitism in particular, must also morally and logically support the demand for the independence of the Palestinian people and their right to self-determination.

So why is this distortion still being made?

Israels’ government refuses to talk peace, and there is nothing more effective than changing the subject of conversation. It is much easier to talk about fighting antisemitism, than it is to respond to a legitimate critique of Israeli policy or to justify permanent occupation and denial of rights.

Criticism of the occupation is poignant, just and requires an intellectual confrontation that Israel’s leadership is not prepared to go through. It is therefore easier for us to brand critical friends or decent opponents as antisemitic  and hateful,  thus nullifying their words and challenges.

Many Israelis are very comfortable in this deception. It allows us to claim not only a monopoly on suffering but also gives us privileges that are usually conferred on victims of oppression. Because Jews have suffered so much, particularly at the hands of Europeans, we can expect the world, led by Europe, to be forgiving towards all our actions and deeds.

Including actions that these same countries and leaders would not accept or tolerate if they were happening elsewhere, or if they were being carried out against Jews. As a result, there is absolutely no international accountability.

There is a shrinking of public space when it comes to robust criticism of Israeli practices, policies and foundational ideologies, which goes well beyond what is necessary sensitivity and prudence, and is now having a chilling effect on vital political debates – criminalising and tarnishing legitimate speech in mendacious ways.

And so the following absurdity is also created; Many of Israel’s most vocal critics are Jews. Jews unwilling to accept Israel’s actions towards Palestinians. And yet, according to the logic of Netanyahu, the IHRA and even the Swedish Prime Minister, these Jews are in fact, antisemitic. Really?!.

Thus the organizers and participants of the Malmo Forum  are contributing to this trend of turning anti-Semitism into a weapon, directed against people pursuing legitimate debate and democratic politics who have a different opinion from the Israeli government. This thereby weakens the necessary struggle against real antisemitism, which not only exists but manifests itself in disturbing and murderous ways still today and is also on the rise.

For the Malmo Forum to succeed, and for the benefit of all mankind, it must act on two fronts: fight the hatred of Jews with every possible tool it has, and make clear the links between antisemitism and all forms of racial, ethnic, cultural, religious and gender oppression. The Forum should make clear that supporting the Jewish people in Israel and around the world is in no way contradictory to supporting Palestinian human and civil rights. Indeed, it is only when we hold all governments to the highest standards of justice and equality that we truly create safety for Jews and for all people.

About the Author
Avrum Burg is a public figure and author. He served as Chairman of the Jewish Agency for Israel from 1995-1999 and Speaker of Knesset for the Labour Party from 1999-2003.
Related Topics
Related Posts
Comments