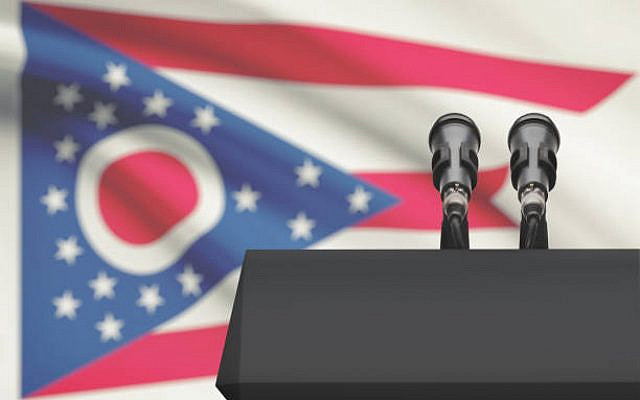 The special election in Ohio’s 11th congressional district to replace former Congresswoman and now Secretary of Housing and Urban Development Marcia Fudge is heating up between frontrunners Shontel Brown and Nina Turner. For the pro-Israel community, the issue is clear: we need members of Congress who understand that a strong relationship between the United States and Israel benefits both nations and is a force for good in the world. The choice in this race is equally simple – Shontel Brown values America’s close alliance with Israel and will work to advance it as a member of Congress. Nina Turner will not.

Bernie Sanders-acolyte Nina Turner had initially led in most major polls, but with the August 3rd Democratic primary right around the corner in this solidly blue district, the gap between her and her pro-Israel opponent Shontel Brown is shrinking quickly, despite being outspent nearly 3 to 1. In fact, recent polls find Brown running neck-and-neck with Turner, thanks in part to the mobilization of the pro-Israel community.

Turner, a former Ohio state senator, a national surrogate for Senator Bernie Sanders’ 2016 presidential campaign and his campaign’s national co-chair in 2020, actively supports efforts to limit and condition security aid to Israel. She has refused to denounce BDS, the anti-Israel Boycott, Sanctions and Divestment movement rejected by the vast majority of Congress, has promoted the false claim that Israel is an “apartheid state,” and expressed solidarity with anti-Israel group IfNotNow’s actions. Turner has vowed to join the “Squad” in Congress, making clear that she intends to join the “blame Israel caucus” that never misses an opportunity to vilify and delegitimize the only Jewish state in the world.

Brown on the other hand – a Cuyahoga County Councilwoman and County Democratic Party Chair who has been endorsed by many pro-Israel groups – came out early in her campaign as a passionate, unwavering supporter of a strong alliance between the United States and Israel. In fact, back in April, she joined me and Pro-Israel America for a wide-ranging discussion in which she once again committed to advancing the U.S-Israel relationship in Congress and strongly supporting Israel’s right to defend itself. She also expressed her belief that both Israelis and Palestinians must come to the negotiating table in good faith to ensure peace, applauds the Abraham Accords agreements between Israel and other Arab states, and rejects the BDS movement as antithetical to promoting peace.

Turner came to this race with a huge lead in resources, mostly from out-of-state donors in California and her connections with Bernie Sanders’s fundraising network that poured millions of dollars into her campaign coffers.

Undaunted by the early funding gap, the pro-Israel community took action, rallying to support the Brown campaign because she spoke so clearly and from the heart not only about her desire to be a representative that will get things done for her community, but about her support for the U.S.-Israel alliance. Grassroots activists and donors in the district and across the country came forward to support Brown’s campaign, and their efforts helped build momentum for Brown, putting Turner on the defensive.

Once again, the pro-Israel grassroots community is demonstrating its conviction and willingness to step up for candidates like Shontel Brown who value the U.S.-Israel relationship, and oppose those like Nina Turner who don’t. We will continue to do so in other special elections and in the 2022 election cycle. We are excited to help Shontel Brown cross the victory line on August 3rd.