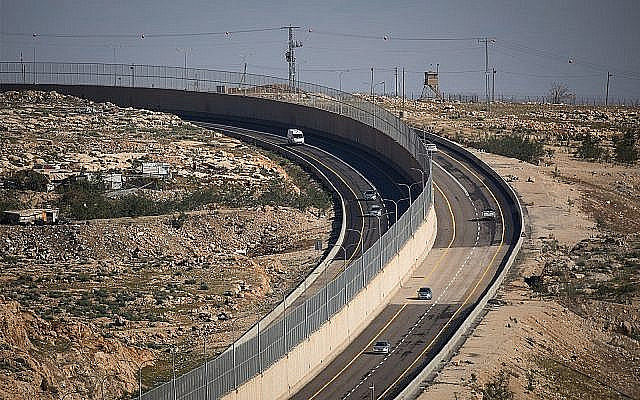 I recently came across an article by the renowned Israeli author A.B. Yehoshua explaining his call for recognition of the State of Palestine back in 2014. One of the reasons he cited was the despair felt by both Israelis and Palestinians regarding the chances of ever reaching a peace agreement. While that argument still applies to the Palestinians, most Israelis have moved from despair to indifference. Despair arises when people see no path toward something they really want, while indifference can result from a range of things – from ignorance to misinformation or disinformation all the way to heartlessness. Whatever the source of their indifference, most Israelis have simply lost interest in achieving peace with the Palestinians.

The obvious question is: How can that be? Well, first, if you take the effects of COVID-19 out of the equation, life in Israel is pretty darn good.  In fact, the UN World Happiness Report for 2019 ranked Israel 14th out of 153 countries. So, while the occupation touches every aspect of the lives of every Palestinian every single day, Israelis – except for those in areas that occasionally come under attack from Gaza – are largely unaffected by it.  It has gone on for so long that most Israelis think that Green Line refers to Tel Aviv’s new light rail system, and they have no idea that the city of Ariel, which features prominently on the TV weather map with no delineation, is actually a settlement in occupied territory. Their oblivion can also be explained by the fact that those who were in elementary school when the Oslo process began are now approaching middle age.

The public’s distorted view of the conflict was exacerbated by the normalization deals, which were cynically named the Abraham Accords in order to lend them an aura of biblical magnitude when they were really just business transactions brokered by the great dealmaker in the White House. One would have expected that at a minimum, the UAE would have kept its ties with Israel to within the Green Line, but two weeks ago, it hosted a delegation of settlers for meetings with Emirati businessmen.   Secretary Pompeo’s showcase visit to the Psagot winery in the twilight days of the Trump administration pales in comparison.

Normalization taught Prime Minister Netanyahu that the Arab world is ready to embrace Israel without it having to return an inch of Palestinian territory, but the most important lesson he learned is – to quote from his speech to the Knesset during the vote on the UAE deal – that “we can get peace by enhancing Israel’s force.” There’s an oxymoron worth pondering.

Last week, Israel opened the bidding for construction of Givat Hamatos, a new settlement that will totally sever Bethlehem from East Jerusalem. The international community reacted with the usual toothless statements about settlements being illegal under international law and warnings that settlement expansion threatens to make a two-state solution impossible, which is precisely what Israel is trying to accomplish. And despite all the grand statements about upholding international law, the international community is encouraging the normalization trend that is rewarding Israel for maintaining its current level of violations instead of raising them a notch.

Albert Einstein defined insanity as doing the same thing over and over and expecting different results.  Is it insanity or is it cowardice that brings the international community to stick to the same messaging while the number of settlements grows and the Palestinian space shrinks? It’s true that a few European leaders see a need for action, but they claim their hands are tied by the policy of consensus among the EU member states; however, that excuse doesn’t hold water when it comes to recognition of the State of Palestine.

As the world grappled with the looming threat of formal annexation of the West Bank last summer, many voices called for recognition of Palestine should Israel go ahead.  Among them were Jean Asselborn, foreign minister of Luxembourg; Lisa Nandy, shadow foreign secretary in the UK Labour Party; and Ilan Goldenberg, a senior fellow at the Center for a New American Security who’s said to be slated for a senior position in the Biden administration. Those who considered recognition legitimate as a punitive measure need to switch gears and call for recognition now as a positive step to create parity of esteem between the sides prior to rather than as a result of negotiations.

Returning to the issue of hope, despair, and indifference, recognition would show Netanyahu that he is not master of all he surveys and would wake the Israeli public out of its stupor and remind it that there’s a nation to the east with rights of its own. As for the Palestinians, a recent poll found that 52% are against resuming peace negotiations with Israel at this time. Imagine what effect recognition would have on that number.

A week ago, the UN made headlines when it endorsed — yet again — a resolution recognizing the Palestinians’ right to self-determination in their own state. It’s hard to see this as progress when you consider that UN Resolution 181 on the partition of Mandatory Palestine into two states – one Jewish and one Arab — was passed in 1947. Yes, I know, the Arabs rejected partition at the time, but does that warrant a life sentence? Surely the time for a pardon has come, and it should take the form of recognition of the State of Palestine now.

This column is based on remarks by Susie Becher on behalf of Zulat for Equality and Human Rights at a conference on recognition of the State of Palestine hosted by Solidar on November 26, 2020.