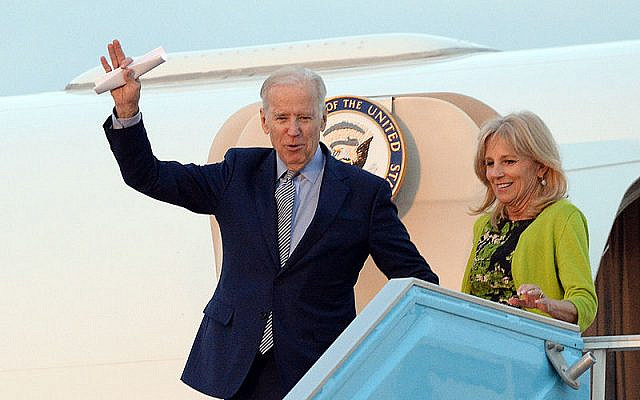 The State of Israel will foster the development of the country for the benefit of all its inhabitants; it will be based on freedom, justice and peace as envisaged by the prophets of Israel. (from Israel’s Declaration of Independence, May 14, 1948)

I am often asked by friends in America what I feel about President Trump as a Diaspora-born Israeli Jew? I must admit that I am often surprised at the question.  Nevertheless, here is my response.

First of all, as a Jew, I am horrified by the irresponsible, narcissistic, unethical, misogynistic and untruthful behavior of the current president of the United States.  I am repulsed by his outrageous tweets and public statements, as well as by his many indecent, immoral and shameful actions, such as his denigration of science and health professionals during the coronavirus pandemic of the last 9 months, his denial of climate change which is so harmful to humanity and to the earth,  his positions on health care, which will deny adequate health care to so many millions of people, and much more. As a human being, I find him offensive , and as a so-called “leader”, I find him to be a dangerous and destructive person. As an American citizen, I did not vote for him, and I find it unfathomable that any rational moral person could vote for such a person with a clear conscience.

Secondly, as an Israeli Jew, I am upset by many of his policies towards Israel.  The idea that President Obama was “bad for Israel” –which was spread by Netanyahu and his cronies and accepted without understanding by so many Jews in Israel and in the USA  is patently false. Rather, it is  what Trump likes to call “fake news”, as has been proved by people like Ambassador Daniel Shapiro, who was the American ambassador to Israel for 6  years (2011-2017) during two Obama administrations and by Eric Lynn who served as senior advisor to the U.S. Secretary of Defense from 2009-2014:

Trump’s policies frequently jeopardized Israel’s security, undermined Israel’s Jewish and democratic future, and turned Israel into a domestic political football…He has endangered the Jewish state in many ways. Trump has also undercut effective security cooperation between Israelis and Palestinians, which has prevented many terrorist attacks and saved lives by eliminating longstanding U.S. funding to train Palestinian Authority security forces. Trump has also jeopardized Israel’s status as a Jewish and democratic state by abandoning historic U.S. support for a two-state solution between Israelis and Palestinians. (Eric Lynn and Daniel Shapiro, the Miami Herald, October 22, 2020)

Trump and his associates– Ambassador David Freedman, a well-known supporter of the settler movement, Jared Kushner, his son-in-law, who has  no experience and virtually no knowledge of Palestinian-Israeli affairs and has totally alienated the Palestinians and others—along with Prime Minister Netanyahu, and his loyal ambassador in Washington Ron Dermer who is a well-known right-wing hack and former Republican operative and others—all drafted together the pompously called “Deal of the Century” and announced it with great fanfare back in January 2020. This deal –which is filled with many contradictions and so many conditions that the Americans and Israeli teams cooked up—was designed to keep the Palestinians out of the process.  It was no deal at all and it has no real meaning for the Israeli-Palestinian peace process. It was and is a concoction of right-wing ideas to keep Trump’s and Bibi’s right-wing bases happy and to humiliate the Palestinians as much as possible.  In fact, it represents another nail in the coffin of the two-state solution, which, despite some lip service to the contrary, was and remains its intention.

In addition, Trump and his friend Netanyahu have painted a totally distorted picture of the Democratic support for Israel, which has always been strong and remains strong to this day, certainly among mainstream Democrats like Joe Biden, whose track record on Israel is excellent. They did this by cynically demonizing President Obama and Hilary Clinton and now they are trying to do it again with the Biden-Harris ticket. But it won’t work since the overwhelming majority of American Jewish voters—and American voters—know the truth, i.e. that the Obama-Biden administration gave more military aid to Israel than any American administration in American history and that the Democratic Party has always been and still is a bastion of support for Israel as well as a strong proponent a genuine peace process between Israel and the Palestinians, to end the conflict.

Trump may be good for the evangelical and ultra-orthodox and ultra-nationalists’ views of Israel, but he is definitely is not good for Israel as a whole. His so-called deal of the century is an anti-peace plan. It is only good for a version of Israel which is promulgated by Netanyahu and his right-wing cohorts in Israel and in America, a vision of Israel which continues to oppress another people and prolong an immoral and unjust occupation policy forever. It is an undemocratic plan which goes along with Trump’s attempts to destroy democracy in the USA and Bibi’s attempts to do so in Israel, efforts that are meeting growing resistance by millions of people in the USA and by hundreds of thousands of people in the streets of Israel every week, including last night.

Furthermore, in the era of the coronavirus pandemic, when both Trump and Netanyahu have acted irresponsibly and unethically in their total mishandling of the health and economic dimensions of the plague, they have both lost their moral standing and the trust of most of the citizens in the countries in which they reign as autocratic rulers. It is harder and harder for many people, including myself, to listen to their steady diets of boasting and lies, when hundreds of thousands of people are dying, millions are getting sick, more millions are losing their jobs, and Trump tells Americans and the world the pandemic is almost over and he has turned the corner, at the same time that Bibi repeats his boasting that leaders from around the world are calling him once again to get his advice as to how to lockdown a country for weeks and months at a time!

President Trump has not been good for his own country. His extremist and often insane rhetoric on so many issues –especially the coronavirus pandemic –has led to hundreds of thousands of unnecessary deaths and brought shame and disgrace to his country among most of the civilized world. His anti-democratic tendencies, his support of white supremacists, his abandonment of the Paris agreement on climate change and so much more, has severely weakened the standing of the United States in the international community.

I fervently hope that the American people will resoundingly reject #45 at the polls on November 3rd, and that he will go down to an ignominious defeat. At least 70% of American Jews will vote against him, as I have already done, according to most polls. They will vote against him based on their Jewish values of fairness, morality, justice and mercy.

It is time for Israeli Jews to wake up and not be so short-sighted by thinking that Trump is good for Israel. His anti-democratic version of Israel is not one in which most Israeli citizens should really be comfortable, not morally and not practically.  Just as millions of Israeli citizens have woken up to the fact of their own Great Leader’s moral and practical failings in recent years and months, it is time for them to realize that making alliances with a man as dangerous and untrustworthy as Mr. Trump, is not strategically wise for the long-term health of Israel as a democratic society, founded on the prophetic ideals of peace and justice of the biblical prophets of Israel.