The Blogs
Naomi Pelled
Apply for a Blog
Advertisement
Please note that the posts on The Blogs are contributed by third parties. The opinions, facts and any media content in them are presented solely by the authors, and neither The Times of Israel nor its partners assume any responsibility for them. Please contact us in case of abuse. In case of abuse,
Report this post. Monday, May 16, 2016 was the scariest day of my life. I woke up in my hospital room, 13 days postpartum from giving birth to my identical twin sons.

The previous day, I had what I can only describe as a ‘blood-bath episode’, where clumps of blood, some the size of small frisbees, poured out of me. Thankfully, this happened at the women’s clinic, where the staff were able to eventually call for an ambulance, while my mum was left literally holding my newborn tiny sons. 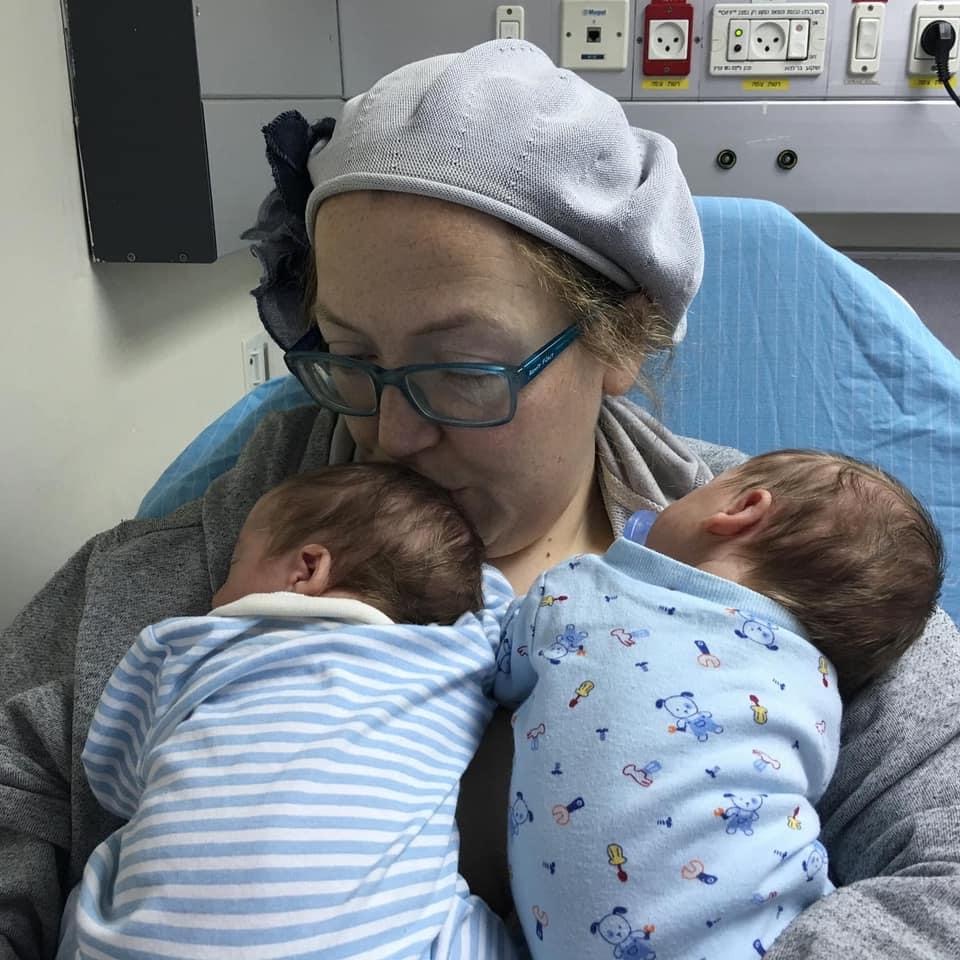 In the Emergency Room, after bleeding out, with my twins. 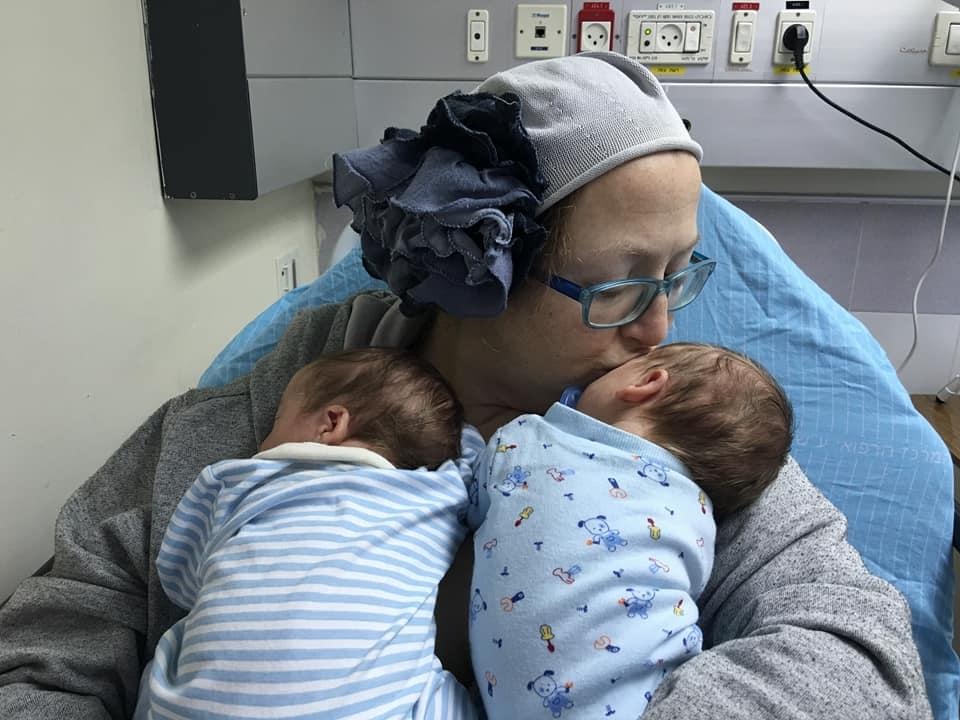 In the Emergency Room, after bleeding out, with my twins

It was an emotional rollercoaster for me. For many hours, I refused to be admitted to Tel HaShomer, because they refused to allow me to keep babies with me.

Once I eventually agreed that my husband and mother could take my babies home, I remember pumping milk for hours and crying, while I received blood transfusions to make up for all the blood that had disappeared. I recall ‘Dr McDreamy’ coming in to tell me that I needed to have an assessment at the gynaecological department.

Following an ultrasound, in order to ensure that everything was clear, they wanted to ‘vacuum me out’.

Following that procedure, ‘Dr McDreamy’ told me that I was fine and that there would be no more bleeding. As I lay there in a fog of half wakefulness, I felt another rush of blood. The doctor didn’t believe me. He started to argue. Then he looked down and saw blood on the sheets.

As he rushed off to speak with someone else, in my semi-conscious state, I sent messages to my friends. As I was being wheeled now onto my second operation, I remember handing over my new iPhone, that contained hundreds of photos of my newborn babies, to the anaesthetist. I told her not to lose it. She said that she would go outside, to give it to my family. I started to cry, as my mum and husband weren’t there. At home, in Modiin, they were oblivious of what was happening to me in the hospital. As tears poured down my face, the anaesthetic was administered and within seconds, I was ‘out with the fairies’.

At some point during the very long second operation, I suffered from a pulmonary embolism and ended up in the ICU, for two days. During this time, I was in a dream like state. I am told that I was delirious and assessed by a belligerent psychiatrist & strapped down onto my bed, to stop me pulling out various tubes. I felt like a fly on the wall. I could hear people talking about me, but it was if I were on a different planet.

The next real recollection that I have, is that of my father, walking into my hospital room, on Thursday. It was 8 o’clock in the morning and having only just returned to England from his Pesach stay in Israel, he turned 360 degrees and returned. My family thought I was going to die.

In the meantime, I had missed 25 percent of my tiny babies’ lives. I had not seen them since they were 12 days old. Miraculously, I was discharged later that afternoon. At that time, I was not compos mentis, to change the course of my life, by improving my mental and physical health.

For a few crazy months, I was totally obsessed at being able to breastfeed my babies, having been separated from them in hospital. I traveled around the country, collecting donations, to top up my milk supply.

During the following year, I possibly had some sort of postnatal depression. When I had got past my ‘breastmilk obsession’, I realised I needed to work on myself. I dug deep into ‘The 3 Principles’. This taught me how I could become more conscious of how my mind was working, and allowed me to begin to control my thoughts.

Exactly two years ago, I decided to follow a diet, and I ended up going backwards and forwards with the same 5 kg, over a period of six months. 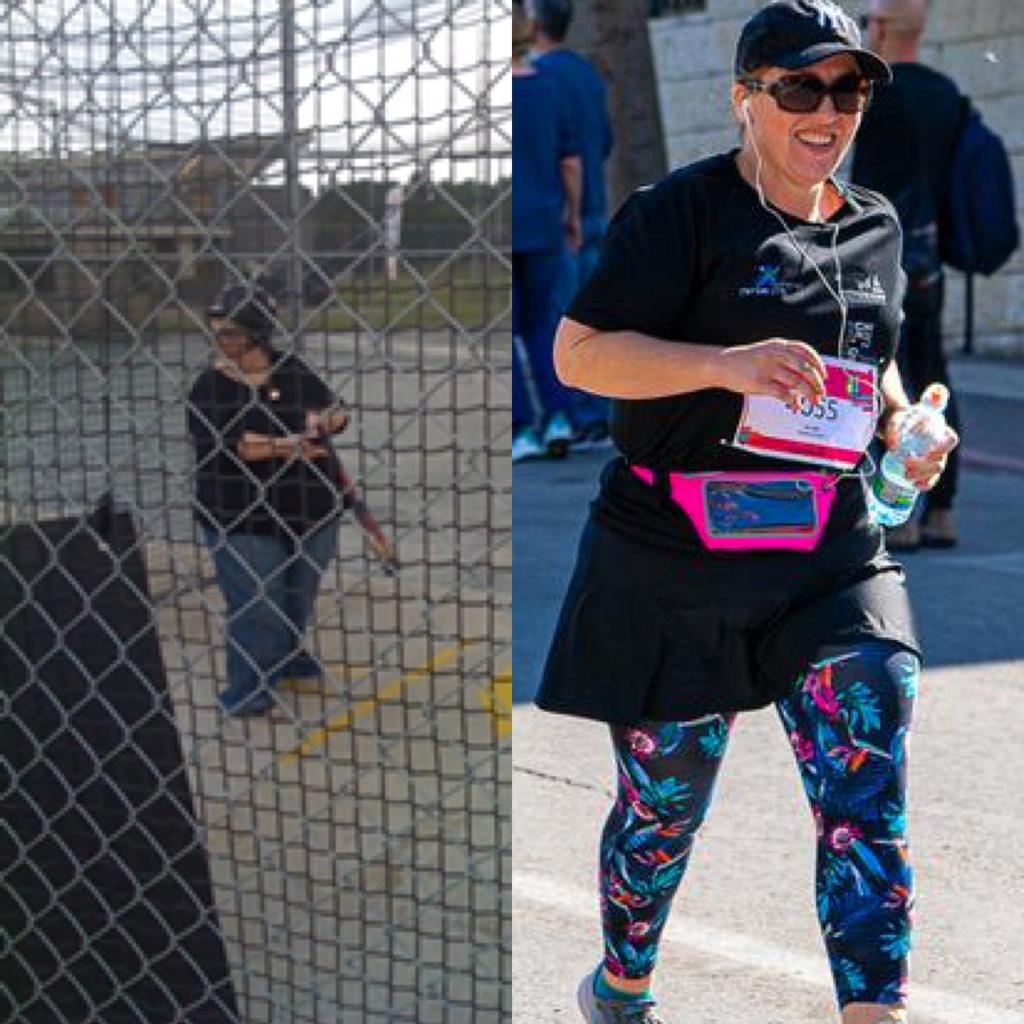 Then and now – 67kg difference

During the years from when my boys were about three and a half months old, I had mentored quite a few twin mummies who came from across the world. I helped them to prepare themselves for breast-feeding twins, it is very different than feeding a single child, even if they had had success like me, with their first. I became a magnet for twin mummies.

A few months later, I met up with a twin mummy-to-be, who was in one of my ‘English-speaking mummy groups’. Everything clicked into place. She was a fit. She was healthy. She was nearly full-term. However, she did not seem to have any discomfort, unlike my pregnancy experience. Her additionally weight seemed only to be where her babies were growing.

She explained to me that she had been taking her whole-food capsules and vegan protein shakes. That is why she felt so good. I remembered taking the same capsules after trying for many months to get pregnant, as ovulation was erratic. I realised that those capsules had been the only variable in my diet and that they had balanced my hormones and allowed me to get pregnant. I explained this to her, and said I had no idea why I was still not taking them.

Within two weeks, having taken the whole-food capsules that were still unused in my kitchen cupboard, the depression and fogginess that I was experiencing, started to lift. Within eight weeks, my thyroid medication needed dramatically reducing and so I decided to reorder more capsules. They were transforming my mental and physical health. I ordered more of the capsules. At the same time, I joined the business, because I wanted my family to use the products, too.

Over the past 18 months, I have shared my story and my journey, on Social Media, I have had the pleasure of speaking to some amazing people and helping some to become medication free. I once spoke to a lady, who unfortunately had lost her twin children at 24 weeks gestation, when she had to birth them. She was very depressed and totally alone. We got talking on an online weight loss group. She explained how she lost her twins, only two months earlier, and that, naturally, she was depressed. She divulged to me the problems and pains she was having. We spoke on the phone between Israel and the US, and after quite a while, it dawned on me that she was describing pain and symptoms like I had when I bled out on Sunday, May 15, 2016.

It was Labor Day weekend, September 1, 2019, and she had complained of pain to her doctor, who kept dismissing her concerns. I explained to her what had happened to me and pleaded with her to go to the Emergency Room. She said she would explain to her husband what I said, but she would probably stay home. The next day, she messaged me to tell me that I may have saved her life and that she had an emergency DNC and was in recovery. Had we not been part of the same community, and if our paths had not crossed, I hate to think what would have happened to her.

I am truly passionate about helping people and inspiring people. If by sharing my life- journey and my struggles I managed to get through it, I know I can help other people. If I can help one parent or one child, my life will be fulfilled.

I probably should not say this, but my proximity to death was a blessing in disguise. Had I not had that crazy experience and felt the heartache of missing an important part of my kids’ lives, I may never have found my purpose, as to why I should change my health for the better and in turn my family’s. My purpose is that I want to be a healthy fun mum, who is around until my great grandkids come around, one day.