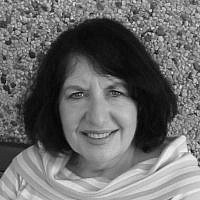 The Blogs
Eunice G. Pollack
Apply for a Blog
Advertisement
Please note that the posts on The Blogs are contributed by third parties. The opinions, facts and any media content in them are presented solely by the authors, and neither The Times of Israel nor its partners assume any responsibility for them. Please contact us in case of abuse. In case of abuse,
Report this post. 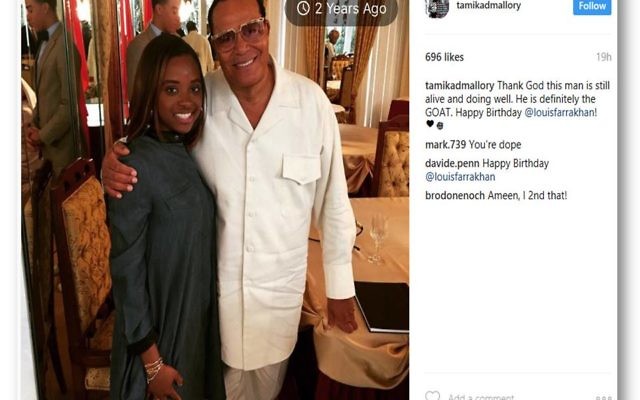 At the initial organizing meeting of the Women’s March (to protest President Trump’s inauguration), Tamika Mallory and Carmen Perez, women of color, informed the Jewish activists, “You people [or your people] hold all the wealth,” and that “Jewish people bore a special collective responsibility as exploiters of black and brown people.” Not surprisingly, Jews were omitted from the March’s Unity Principles, identifying groups of oppressed women. In a recent statement to the New York Times, Mallory explained that it was only “white Jews” to whom she was referring – because “as white people,” they “uphold white supremacy.”

Although commentators uniformly expressed shock at her clarification, we should recall that militant black anti-Semitic men have long disingenuously bifurcated Jews. Interviewed on television, the playwright LeRoi Jones acknowledged that he found Jews “inimical to the most beautiful qualities of the human spirit; I find them oppressing, oppressors; I find them connected with the worst filth in the country, in the world.” When pressed, however, he limited his objections only to “the Jews who have the owner complex syndrome” – though he later withdrew this qualifier. Similarly, Huey Newton explained that he and the Black Panther Party (of which he was Minister of Defense) distinguished between two groups of Jews, according “a right to exist” only to those who “exist to down the reactionary Israeli government.”

By contrast, for Mallory, Perez, et al., who embrace a racial taxonomy, it is only “white Jews” who are the oppressors – “white Jews” who are to be shunned. Given their association with, and admiration of, Louis Farrakhan, it is not difficult to connect the dots and trace the roots of their racial anti-Semitic views. Farrakhan and the Nation of Islam (NOI), which he has headed since 1977, have always taught that the true Jews were black.

It is the blacks who are the “Seed of Abraham,” God’s “Chosen People,” “the Real Children of Israel,” and the Hebrew Bible, “if understood,” is all about them. “White Jews,” by contrast, are “imposter Jews,” from their origins only a “European strain of people” who “adopted the faith of Judaism up in Europe,” while the Jews of Palestine, the indigenous people, were black. Thus W.D. Fard, the founder of the NOI in 1930, condemned the Balfour Declaration for promising Palestine only to the “false Jews,” that is, to the white Jews. Following the teachings of Fard, considered by the NOI to be Allah in human form, Farrakhan admonished “all of those who feel that the Children of Israel are over in that place they call ‘Israel’ – you are mistaken.”

According to the NOI, the “imposter Jews” simply appropriated the blacks’ narrative. It informs blacks: “The Book of Deuteronomy. … It’s all about you!” Malcolm X, longtime member and minister of the NOI, divulged that “all of the ancient prophets” were speaking only about the black people, who would be “strangers” in a “strange land” where they would endure 400 years of bondage. Stokely Carmichael, Prime Minister of the Black Panther Party, though not a member of the NOI, lectured that “Africans created Judaism….Africans were the first monotheists. Therefore, Africans were the first Jews.”

It is the “false Jews” then – “white Jews” – whom the NOI identifies as “the Architects of White Supremacy” and “the system’s biggest beneficiaries.” While blacks are “the most productive people on earth,” the wealth of the so-called Jews has all been stripped from them. They are the source of the “gigantic bank accounts” of “the Lehman Brothers, the Seligmans, and even the Rothschilds.” Malcolm X roused his audiences with vivid images of the usurious Jews preying on the innocent black people, from whom they extracted their pound of flesh, which they used to build the Jewish state. It is they who are “robbing you deaf, dumb and blind,” they who “sell you bad food” – it is they who are poisoning you – thereby racializing centuries’ old anti-Semitic tropes.

As Farrakhan and other spokesmen of the NOI, invited to campus by black student organizations in the 1990s, delivered their message to rapt audiences, students penned papers and published articles about the invidious “Caucasian Jews.” In a piece in a campus magazine, a student who had learned his lesson well wrote that “Caucasian Jews” continue to “defile and trash and defecate on the rest of the world.” He warned that “Caucasian Jews … should not expect anyone to respect or protect their humanity or even shed a tear when something catastrophic happens to them.”

It is this racial worldview that informs the ignominious anti-Semitic position of some of the prominent women of color leading the Women’s March today.

About the Author
Dr. Eunice G. Pollack is the author of 'Racializing Antisemitism: Black Militants, Jews, and Israel, 1950 to the Present' and coeditor (with Stephen H. Norwood) of the two-volume 'Encyclopedia of American Jewish History.'
Related Topics
Related Posts
Comments