The Blogs
Hiam Simon and Mark Gold
Apply for a Blog
Please note that the posts on The Blogs are contributed by third parties. The opinions, facts and any media content in them are presented solely by the authors, and neither The Times of Israel nor its partners assume any responsibility for them. Please contact us in case of abuse. In case of abuse,
Report this post.

This memorial day was added to our Jewish calendar in 1953 by Israel’s prime minister, David Ben Gurion. There was a great deal of care taken to determine exactly when during the year we should commemorate the systematic attempt to eliminate the Jews of Europe by Hitler and the Nazis. There were many who felt the Jews already had enough days dedicated to all the efforts to destroy us, and we could just add the Holocaust to the list of disasters that have befallen us that are marked on existing memorial days. There is Tisha B’Av, the ninth day of the Jewish month of Av, which falls in the summer and has become the traditional day of mourning for all the disasters that have befallen the Jews, including the destruction of both the First and Second Temples. Many felt that remembering the Holocaust on that day would be appropriate. Some suggested that the tenth of Tevet, in the winter. That day marks the siege of Jerusalem by Nebuchadnezzar of Babylonia, which ended in the fall of the first Jewish state. Many suggested the anniversary of the Warsaw Ghetto revolt as the day to remember both the victims and the heroes of the Holocaust. In 2005, the United Nations declared January 27, the date of the liberation of Auschwitz, as International Holocaust Remembrance Day, “to remember the Holocaust and to honor the victims and survivors.” Perhaps we could now take Yom Hashoah off the calendar, and simply remember the victims at the same time as the rest of the world.

But in the end it was decided that the Jews would reserve the date of Yom HaShoah as the 27th of Nissan. The careful choice of that date perhaps illustrates how unique this Jewish memorial day is, and how crucial. It is not the anniversary of any particular action. It is larger than that, as was the Holocaust itself. Yom HaShoah is carefully tucked in between Passover, the holiday that celebrates our first national independence, and Yom Ha’azmaut, which celebrates our most recent one. Yom HaShoah quietly contrasts the condition of stateless vulnerability with the security, freedom, and freedom of action that comes with an independent Jewish state; a state that can be a bulwark and provide the hope that “never again” will the Jewish people experience such victimization.

In Israel, the day is marked publicly with flags flying at half-mast. At sirens wail, all traffic stops, and people stand in silence all over the country. For two minutes, the State of Israel stands in silent reflection. This silent act helps unify the Jewish state. Those two minutes help erase the many divisions that so often fragment Israeli society. 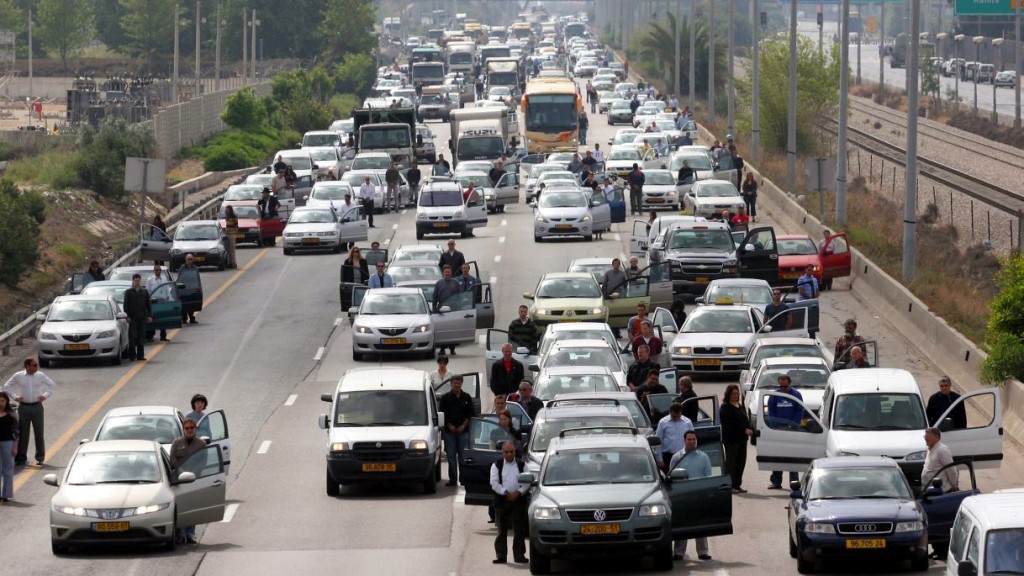 For those two minutes, it is clear that our very survival depends on our finding common ground. Each passing year, our civic actions in Israel and around the world become more entrenched in practiced rituals, assuring that we will mark the day and yet running the risk of making the day less remarkable. But when our civic events stir our memories, thoughts, and commitments, the rituals are not empty. Commemoration achieves its purpose.

It appears that the American administration struggles with understanding the enormity of the Holocaust, with comprehending what it means for the Jews specifically as well as for humanity in general. An administration that in less than its first 100 days has tripped and fallen over the Holocaust several times comes off as callous and uncaring at best, or even worse, as ignorant and foolish.

On January 27 — the U.N.-created International Day in Commemoration of Victims of the Holocaust — our administration issued a statement that did not mention Jews or anti-Semitism. Many hoped that it was simply a mistake, made by a young and inexperienced staff. But no, when asked to explain the poor choice of wording, the White House explained “that Jews had been omitted from the statement on purpose, because other victims also suffered and died in the Holocaust.” At a time that has seen the most dramatic rise in anti-Semitic threats and acts of violence in generations, our administration failed to go on record.

Even before that misguided statement, Trump had raised the hair on the backs of our necks with a campaign that flirted with anti-Semitic tropes. The campaign tweeted an image of a Magen David with Hillary Clinton’s face superimposed on a pile of money. His closing ad warned of a shadowy cabal of bankers and international elites. His son casually used the phrase “warming up the gas chambers” to refer to vociferous criticism. Neither Trump nor his campaign staff were prepared to walk away from their “America First” slogan, even after the phrase’s devilish connotations, which echoed the rhetoric of the anti-Semitic underbelly of American society in the run-up to World War II, were pointed out.

Then we have the latest miscue of Sean Spicer, President Trump’s press secretary. Mr. Spicer, in his explanation of our missile attack on Syria, proclaimed, “Even Hitler never used chemical weapons.” An audible gasp could be heard from the reporters assembled in the pressroom. In his attempt at an apology, Spicer explained that he meant that Hitler never used chemical weapons “on his own people.” This only hints at Spicer’s lack of understanding or perhaps his implicit understanding that the Nazi regime divided the population into two parts — good Germans and bad Germans. It is clear into which camp the Jews of Germany had been placed.

This Yom HaShoah, the need for Holocaust education is clear. It was a teachable moment not only for Mr. Spicer but for us Jews as well. Educational work is never finished.

What is it, though, that we want to teach? Surely we want both our children and our non-Jewish neighbors to know the horrors that befell European Jewry. We want all to understand what it meant for our people to be marked for annihilation and to know about the virulent, state-sponsored anti-Semitism that led to their deaths. We want all to understand the horrors of the round-ups, the shootings, the ghettos, the transports, the death camps, and the gas chambers. And we want the world to know this as a crime against Jews.

These years are particularly important as the number of living eyewitnesses dwindle. We want this history documented, so that no one can deny it. We want a public revulsion against these facts, not only to honor those who suffered and perished but also to promote awareness as a shield against anti-Semitism. Without real Holocaust education, the cry of “never again” will become nothing more than an empty echo.

While we desire all to understand this Jewish particularity, however, we Jews must not lose sight of its generality. “Never again” must not mean only never again to the Jews, but never again ever. From our historical memory, we must bear a consciousness and a compassion for those experiencing similar, if not the same, suffering. The awareness of our own history must make us understand how easy it is for others to be labeled “the other.” It should sensitize us to the dangers of chauvinism and racism, of ethnic and religious hatreds.

We must make sure that no one ever divides America into good and bad Americans. As we live through the period between Passover and Yom Ha’atzmaut, between our memory of slavery and our celebration of modern freedom, we must stand as defenders of liberty and freedom. As we recall our own terrible experiences as a people, we must not turn away from those who suffer today — from the refugees from Syria or Africa as they flee ethnic cleansing, torture, and murder. We must stand for Americans of every ethnicity and religion. Then we truly can mean “never again.”

If these thoughts don’t touch us on Yom HaShoah, when will they?

About the Author
Mark Gold is a Board Member of Partners for Progressive Israel (PPI). He has served as Secretary of the American Zionist Movement, President of Americans for Progressive Israel, and has been a delegate to the World Zionist Congress. Hiam Simon of Englewood, NJ, is the past chief operating officer of Ameinu. He lived in Israel for many years, where he was the dean of students for what is now the Alexander Muss High School, and he served in the IDF as a noncommissioned officer in the artillery.
Related Topics
Related Posts
Comments